Posted on 7 April 2021 by Matthew Liebenberg 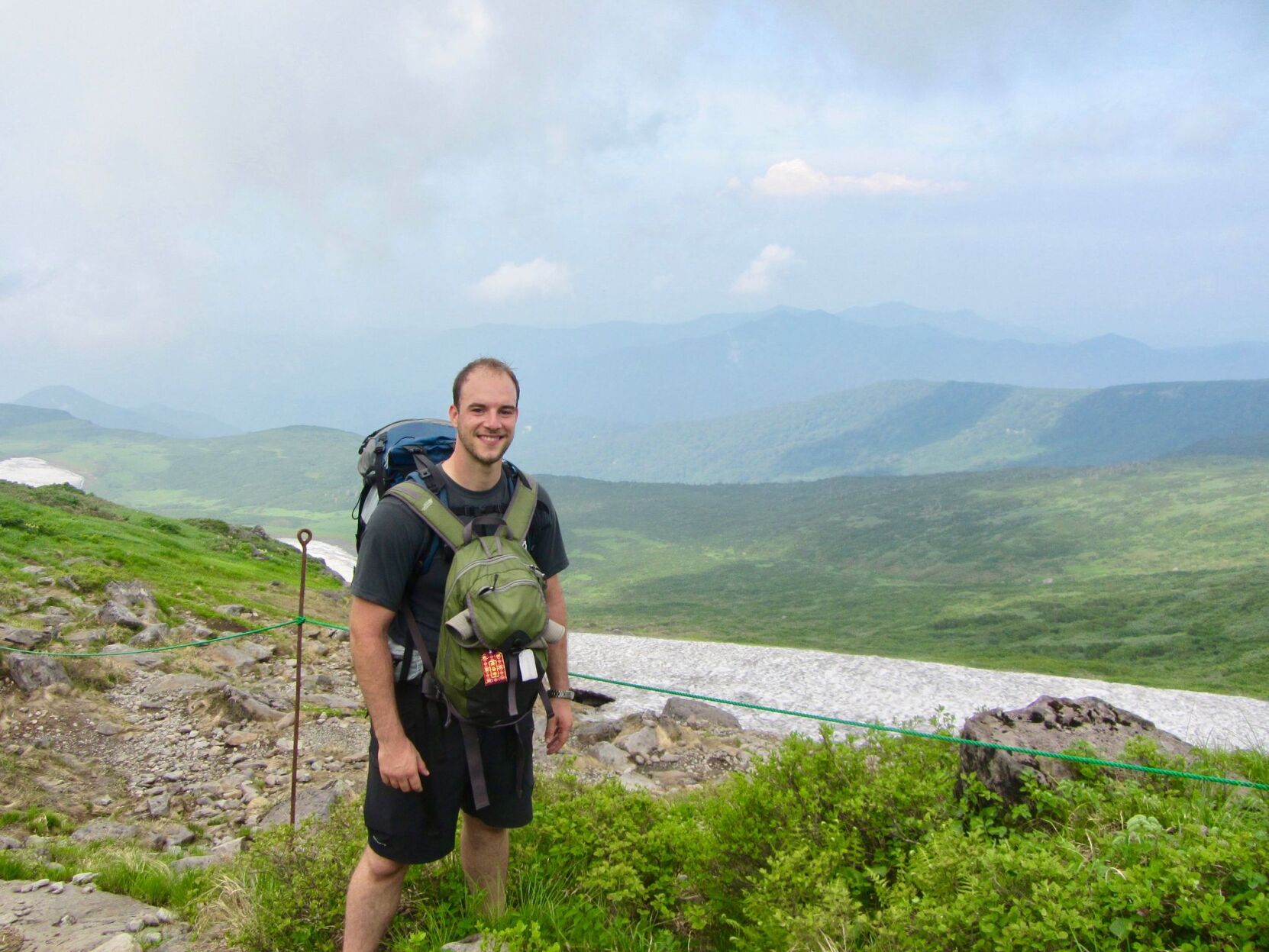 Anthropologist Dr. Shayne Dahl hopes his academic success will inspire students who are now studying at the same Swift Current high school where his journey started.

The Lethbridge resident grew up in Swift Current and he felt a need to share his personal story after he recently received the exciting news that he was selected to receive a postdoctoral research fellowship at Harvard University.

“My intention is not so that I can toot my own horn and sort of flare my ego up a little bit,” he said. “It’s really more. I just want the high school students to be aware that anything is possible for them and here’s an example of something that’s possible.”

He knows what to expect if he could go back in time to speak to his younger self, and therefore he believes it is important to let other teenagers know they can have big dreams about their future.

“This is a fate I never imagined for myself, ending up as a postdoctoral research fellow at Harvard University,” he said. “If you were to travel back in time and told me that when I’m in Grade 12, you know 15 years later here’s where you’ll be, I wouldn’t have a point of reference. It’s so far beyond what I could imagine, but it’s just really a matter of hard work. So whatever the dream, it’s definitely within the realm of possibility for anyone, just the grit to persevere, to meet that goal.”

He therefore wants students to know they can really do anything in this life and the only limit is their own imagination.

“I never had any high dream for myself when I was in high school, because I didn’t have anyone above me who I could see as a sort of a reference point for something I want to do with my life,” he said. “I feel especially people in rural towns, you need those stories to circulate so that you can imagine something for yourself sometimes.”

He confessed his own imagination struggled with the idea that his application for a Harvard research fellowship can be successful.

“That’s sort of what happened to me with this Harvard appointment,” he said. “My imagination went to a certain level, and then I got shot through the clouds and achieved something even greater than I could imagine.”

He believes high school students at the Swift Current Comprehensive High School or at other schools will benefit if they hear about the success and achievements of alumni.

“It would be nice to know that and then to see that’s possible or that’s possible, and starting to have a mindset of multiple possibilities,” he said.

He had no idea what to study after school, and his role model was an older cousin, who studied criminal justice at Lethbridge College.

“So I signed up for that, but then I did a ride-along with an RCMP officer around Swift Current and we pulled over my junior high school teacher,” he recalled. “I really liked him. â€¦ So then I decided I don’t want to be a police officer, because I don’t want to pull over teachers and that kind of thing.”

He therefore decided to enrol into general studies at Lethbridge College and to only study what he found interesting.

He took a class on Hinduism, and the professor asked the students to consider the question “Who am I?” His own efforts to answer that question resulted in his interest in anthropology as a field of study.

He has been very dedicated to his studies, but not due to a feeling of obligation. He was just very curious to learn more and it motivated him to study.

“That curiosity I think is just what has driven me all the way until now,” he said. “I’m a curious person and I want to know more, and pursuing knowledge to the next step all the time just leads you on this interesting path. It’s an academic journey that has taken me to a good part of the world.”

For his B.A. Honours thesis in religious studies at the University of Lethbridge he studied healing and sacrifice practices in Blackfoot culture in Alberta and Montana.

He obtained his M.A. in anthropology in 2012 at Trent University. His research about religious aspects of Blackfoot culture was a continuation of his undergraduate studies. His process to select areas of study has been very different from the regular way scholars might make such decisions.

“For me it’s all about friendships and relationships,” he said. “I started my research with the Blackfoot based on friendships with Blackfoot students at the University of Lethbridge, who invited me to sweat lodges on the weekend.”

These regular visits and interaction with the community created a desire to use his research to educate others about Blackfoot culture.

“Eventually you learn enough that you start to feel a sense of responsibility,” he said. “I’m so fortunate to be able to have such experiences and have these friendships and learn all the things I’m learning from people out there. I felt some sense of responsibility to maybe turn that into education, because there’s a lot of misunderstanding about indigenous peoples in Canada, and there’s a lot of stereotypes and just prejudice and discrimination.”

Dahl has a long-time interest in East Asian religions and for his doctoral studies he decided to change his research focus after living in a small Japanese village, where his wife grew up.

“I found a really cool field site where there’s a lot of very interesting things going on,” he said. “And I guess my sensitivity to the place is now really paying dividends, because now Harvard is turning its head and has interest in my field site.”

He completed his Ph.D. in anthropology at the University of Toronto in 2019. His research for this dissertation focused on contemporary ascetic rites, pilgrimages and related events in the Dewa Sanzan, a sacred mountain range in northeastern Japan. His postdoctoral research will continue to focus on this area and the ancient ShugendÃµ religion.

“The religion involves a lot of hiking in the mountains, going to very sacred places in the sacred mountains, and singing hymns or incantations, which are related to ShintÃµ gods and Buddhist liturgy,” he explained. “There’s all kinds of rituals happening in those mountains, and they’re very interesting to study in and of themselves. But these days, owing to the precarious economy of Japan, I find people are seeking new meaning in their lives that’s outside material gain and material wealth in the city centres and is actually more about creating a spiritual connection with the landscape, with the mountains, maybe with the gods, and feeling a regular sense of renewal by doing these ceremonies.”

His one-year postdoctoral research fellowship at Harvard University’s Reischauer Institute of Japanese Studies will start in September. He will expand on his doctoral research to also look at the global expansion of the ShugendÃµ religion, which has been happening during the past five years.

His goal is to complete a publication, currently titled The Rise of Global ShugendÃµ, at the end of his time at Harvard University.

The journey that brought him to this point has been intense with letters of rejection along the way, but he now has a new way of looking at the future.

“I used to obsess about trying to fix my vision of the future, because I imagined a possible future and then it got shattered if I got the letter of rejection,” he said.  “Then when this Harvard appointment came, that sort of let me to realize that anything can happen, even the most unexpected thing can happen. So really I think it’s better to have a myopic view of the future and just focus on the immediate future and see what happens later, because it’s hard to tell what’s going to happen once you get to Harvard. Suddenly I’m going to be sitting around the table with people from universities around the world and we’re going to be exchanging ideas and we’re going to be networking and one thing could lead to another and who knows where we end up next.”