Posted on 19 January 2022 by Matthew Liebenberg 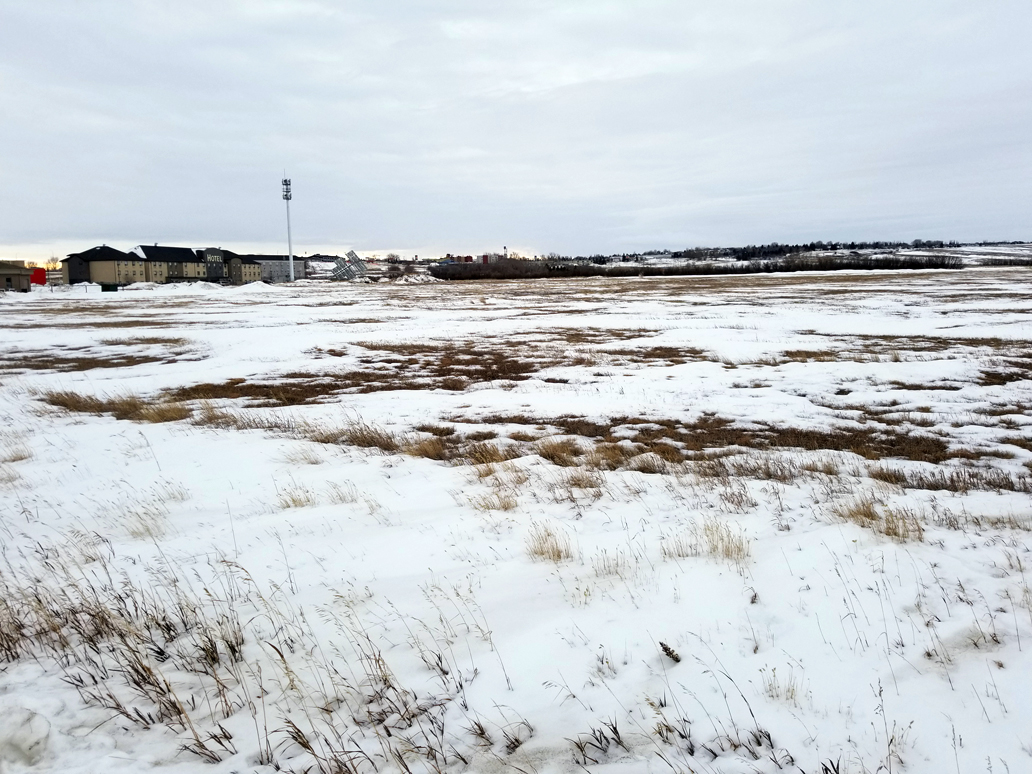 The City of Swift Current has reached a debt settlement agreement with two companies that jointly owe the City over $5 million for services installed several years ago on commercial land.

Councillor Leanne Tuntland-Wiebe mentioned that this situation was brought to her attention during the 2020 municipal election campaign and as a taxpayer she felt it was very disconcerting that these two groups owed such a large amount to the City.

The land is located on the north side of the city between and adjacent to Highway No. 4 and Battleford Trail East. It is mostly zoned for highway commercial purposes and a portion along Central Avenue North is zoned for multi-family residential use.

City Chief Administrative Officer Tim Marcus provided details about the agreement during the meeting. The City faced a decision in 2008 to upgrade the existing service road to carry increased traffic after the opening of the casino. Instead, the City decided on a more cost-effective option to extend Battleford Trail as a through road to alleviate pressure on the service road.

At the same time, the City entered into an agreement with adjacent property owners Paradise Plains and Mega 6 to install services on their land. The City used an interest free loan from the province to carry out this work and it had an agreement with the two companies to repay the servicing costs in five equal annual installments with interest after Sept. 1, 2013.

“The City has since satisfied its debt with the province,” he noted. “To date, the property owners have an outstanding amount with accumulating interest due to the City pursuant to their above stated agreement. The economy, location versus other available land, and at times difficulties in negotiating agreements quickly for potential buyers has worked against any possible sales.”

The City will receive an interest of approximately 40 per cent in the land owned by the two companies in the Springs Valley Commercial Area. In addition, the City receives the sole right to market the land and it can enter into binding sale agreements with potential purchasers.

Councillor Tom Christiansen felt the arrangement to allow the City to market the land is an important part of the agreement.

“I think that’s going to make it much easier to get things done,” he said. “It’s crucial that we have controlling interest in it as far as the selling agreement.”

According to Marcus the sale of the land owned by the two companies at current market price will eliminate their debt with the City. In addition, the City will collect an extra $1.3 million over and above the outstanding amount.

“It’s going to take a while to sell,” Mayor Al Bridal said. “So whatever we make extra will go to the taxpayer and the existing property owners are OK with that, because they want their funds out also and they’ll be getting their funds out as well as ours.”

Both Bridal and Marcus express confidence during a media briefing after the council meeting that the City will be able to recover the full amount of the outstanding debt through the amount it will receive from sale of land in the future.

“We’re fairly confident on the land values being what they are, if not more,” Marcus said. “It’s the only highway commercial property available that’s serviced for development in the City. So if you want to build a commercial development, you’re going to have to go somewhere in that area, because there’s no other land available of any size for anybody to build anything.”

Bridal felt this agreement represents the most realistic outcome for the City to recover the outstanding debt from the two companies.

“The sweetheart deal to wrap this up is if they just paid the whole $5.6 million outright, but they weren’t able to do that,” he said. “And could we force them? We could possibly take them to court and make them pay it, but if they haven’t any money to pay it, we will not get it anyway. So this isn’t a sweetheart deal. It’s not a terrible deal. I think the old win-win doesn’t really make sense here, but this is the best deal we could have hoped for right now.”

This is the second significant agreement that the City has negotiated with landowners to settle outstanding debt since the election of the current council in 2020. Bridal felt it is the result of a commitment by him and other council members to address these matters.

“This was on their radar and they made sure they told me about it, and so then we just asked administration,” he said. “And administration stepped up to the plate and did it.”