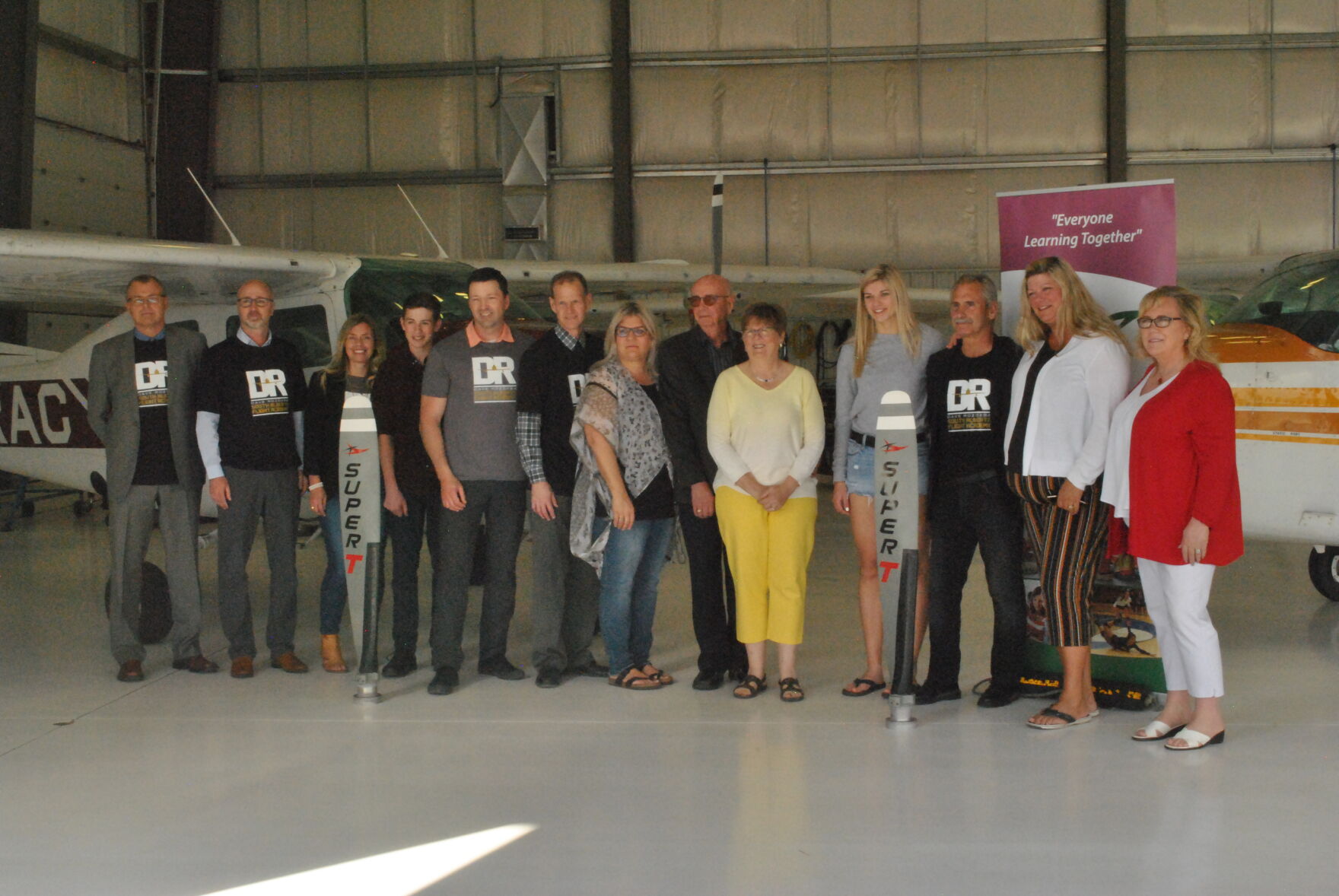 Flight Academy ready to launch again. It has come a long way since the initial announcement back in May 2019.

After last year’s success at the Dave Rozdeba Flight Academy, teachers and students alike are looking forward to another year in the skies.

With these three students graduating, the size of the whole academy has so far been kept very similar, if slightly down, with the registration of three new students entering at the tenth grade level, said Ricci.

“Our numbers are about similar to what they were last year, we had three kids graduate and two kids left the program last year,” said Ricci. “We got three new kids so slightly down, but in terms of graduations, three kids left, three new kids coming in. So last year, we had a dozen new kids. So it’s really hard to tell if the program is so young, that word is still getting out. When I talked to the kids that joined the program from outside of our school division. I asked them, what do your friends think about doing this?”

While Ricci and the rest of the Flight Academy is largely pleased with the nature of the program, it’s likely to see some changes in subsequent years as they refine things due to how young the program is.

“In general, we’re pretty pleased with how things work,” said Ricci. It’s a new program, so there will be constant tweaking. For example, our first year students were unable to participate in one of the major activities we have in our outdoor survival component, which is to have a survival camp. That was complicated by the COVID restrictions that we had. So we weren’t able to do that in the first year. But we were able to add it with restriction but we managed to get it to happen in July this past year.”

“When I talk to the kids that joined the program from outside of our school division. I asked them, what do your friends think about doing this? Do they even know this? And a lot of them are saying that, you know, their friends won’t even know that this program existed. So we’ve still got some work to do to get the word out. And we’ve got some ideas to expand the program down the road, but it’ll come in time,” said Ricci.

(Editor’s note: Sept. 9, they announced via Twitter they are hosting the inaugural Drone Games Oct. 2)

Flight Academy ready to launch again. It has come a long way since the initial announcement back in May 2019.