Posted on 1 September 2021 by Contributed 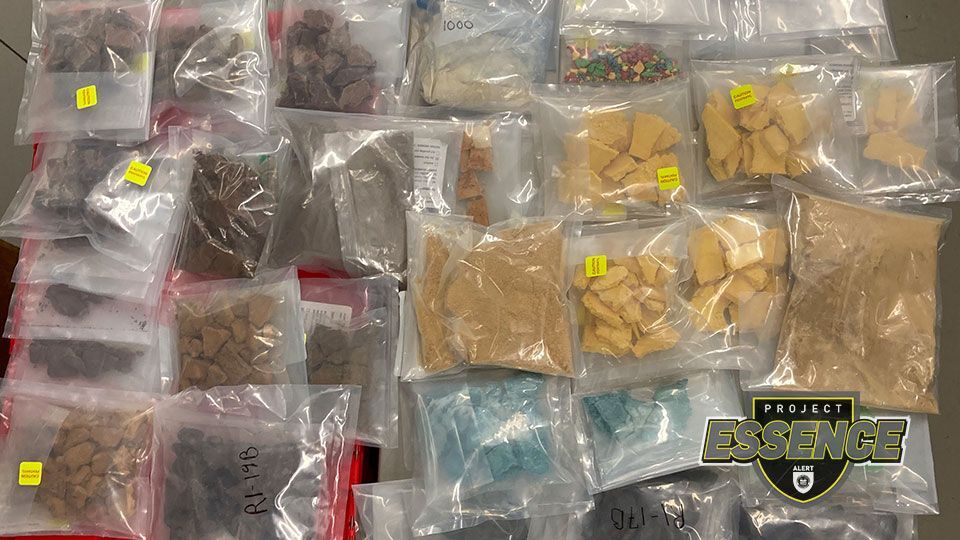 ALERT has prevented possibly hundred of millions of fentanyl doses from hitting the streets after a superlab has been dismantled. More than 31 kilograms of fentanyl and precursors were seized, along with 7,600 kilograms of chemicals used in fentanyl production.

ALERT executed 13 search warrants on July 7 as part of Project Essence. The search locations included homes and businesses in the Edmonton and Calgary areas, and a suspected fentanyl superlab located at a rural location near Aldersyde, Alta.

“We appreciate the vital work ALERT does to keep our communities safe and improve the lives of Albertans. Through Project Essence, ALERT disrupted organized crime endeavours and prevented hundreds of millions of fentanyl doses from potentially entering our communities, and destroying the lives and futures of many Albertans,” said Kaycee Madu, Minister of Justice and Solicitor General.

Project Essence covered all aspects of fentanyl production; from importation, to accumulation and stockpiling of equipment and raw chemicals, to production, and eventual distribution.

The totality of fentanyl and chemical precursors seized had the capacity to produce hundreds of millions of doses, according to ALERT and Health Canada estimates. ALERT believes the superlab was capable of producing as much as 10 kilograms of fentanyl every week.

One kilogram of pure fentanyl is equal to one million doses, and a lethal dose is considered to be 2 milligrams. If sold on the street, the value of the drugs seized is over $300 million, and includes:

â€¢3.5 kilograms of buffing agents; and

ALERT is awaiting a complete Health Canada laboratory analysis of the fentanyl and chemicals seized. However, preliminary testing shows that amongst substances located was the fentanyl late-stage precursor 4-ANPP and the synthetic opioid isotonitazene, which reportedly has a much higher potency than fentanyl.

ALERT further seized 18 handguns, one rifle, $25,000 in cash and jewelry, six vehicles, four motorcycles, three trailers, and a boat. The assets were seized as proceeds of crime.

A number of suspects have been identified and charges are pending.

Project Essence began in February 2021 when ALERT received information of attempts to import a 563-kilogram shipment of a chemical used in fentanyl production.