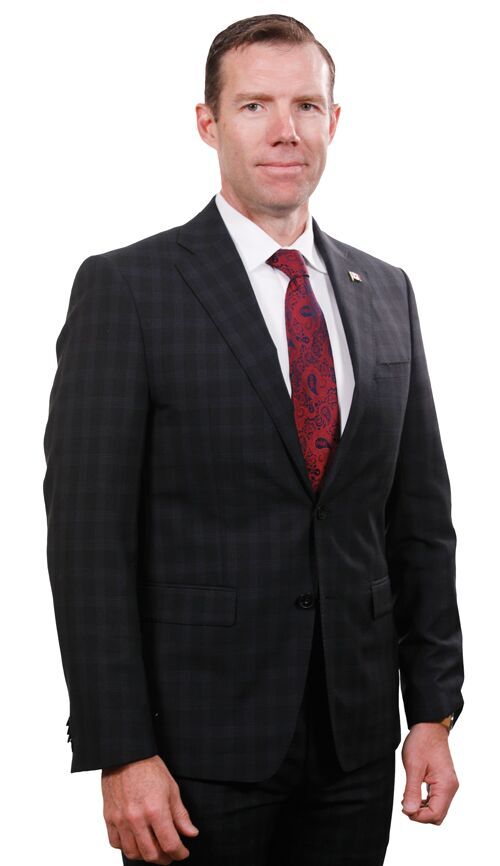 In an open letter on his website, Foothills MP John Barlow is putting out a call to get Canadians’ perspectives and ideas about the best way to overcome the national opioid crisis.

Barlow is co-chairing the federal Conservative Opioid Crisis Working Group. He wants to come up with a plausible plan in dealing with a crisis which was rearing its ugly head prior to the pandemic and has since been out of the spotlight.

“We wanted to come in with a tangible policy framework to address the opioid crisis with a focus on recovery. As I have gone through this the last few years and really more focused the last few months, is there’s no consistent program for Canadians to access who are struggling with addictions,” explained Barlow in a phone interview. “The way I am looking at this is two different veins if you will. One is the Conservatives side, we are all about safe communities and crime and punishment. That has to be part of it. We have to crack down on the gangs, the traffickers, the dealers, those who are illegally smuggling in fentanyl and carfentanyl into the country.

“But there needs to be a compassionate side of this. for whatever reason, mental heath issues, depression, anxiety, certainly Covid, we have seen statistics the impact mental health impact this has had on Canadians is profound. More and more people are turning to substance abuse as a way to cope so there has to be another avenue which I think is the most important which is the recovery. Canadians need to access to successful treatment options, so that’s really what we are looking at is those two avenues and trying to come up with something.”

The idea for the Working Group started last summer when Barlow took to his team and party leadership crew and thought it was something they should be focusing on. Barlow said when Conservative leader Erin O’Toole put him on the standing committee of health, “it was just a perfect fit, the timing seems to work.”

“There’s so many issues with health, this was just something  I kinda stood up and said if no one was interested in doing this I would really be interested in taking this on. This is something that has really fallen through the cracks and I know it is something elected officials have talked about but I haven’t really seen anyone do some real tangible solutions,” said Barlow. “Just knowing people who have struggled with addictions, struggled to find access to recovery. I just felt it was something that was something that we had to have a s a priority. Thankfully and I am proud of the fact that my party feels this is the case as well.

“It is something I have been passionate about for a few years, it is certainly something that has impacted my riding quite profoundly as it has many other parts of the country. I have had some friends impacted by the opioid issue so it just hit really close to home. I have friends and family who have been impacted â€¦It is personal interest for me and I approached the leader about taking this on and forming this group and thankfully they saw this as a priority and allowed me to do this.”

Barlow said put out an open call for anyone MP-wise who wanted to participate. He said Todd Doherty (MP, Caribooâ€”Prince George) who has a lot of experience with this, as a community volunteer wanted to take part and is the Group’s co-chair. They put out the word to their colleagues and asked for anyone interested to lend us their experience or expertise. They have more than 20 MP who are part of this, “literally from coast to coast” because everybody’s perspective which is important, everyone’s perspective is a little bit different, but we want to hear what is best practices. “We have reached out to not only Canadian parliamentarians but we have reached out to experts across North America,” Noted Barlow. “We have had Zoom calls with people from Rhode Island to Los Angeles, maybe there are programs that are working. Maybe we don’t have to start from scratch, maybe there are programs we can emulate here in Canada.”

He is also He is inviting his constituents who have insight, experiences or ideas.

Barlow has spoken to Sheldon Kennedy about all of this as well to organizers of the Calgary Dream Centre, Southern Alberta doctors who have done work with opioid patients.

One positive has come from efforts is that in the House of Commons,  passing a motion was passed unanimously in December to establish the 9-8-8 suicide hotline in Canada, which Barlow describes as being an initiative spearheaded by Doherty.

On his letter to constituents it stated, “A recent study by the Canadian Mental Health Association (CMHA) showed the devastating impact the pandemic is having on the mental health of Canadians and consequently opioid abuse and overdose deaths are increasing dramatically.

According to the CMHA about 40% of Canadians said their mental health has deteriorated since the beginning of the pandemic. In addition, 10% said they have had suicidal thoughts and 17% of respondents said they have increased substance use a means to cope.”

“I can’t profess to be an expert on this, all of this on this group have had some sort of personal experience one way or another with it, we really want to hear from anyone who has interest,” added Barlow.”

Those who have ideas can contact their own MP and have the messages passed along or you can contact Barlow directly at his Constituency Office in High River at Tel:403-603-3665; Toll Free: 1-866-636-9437 or his Parliamentary Office in Ottawa at: telephone: 613-995-8471 or connect to his email at: https://johnbarlowmp.ca/contact/