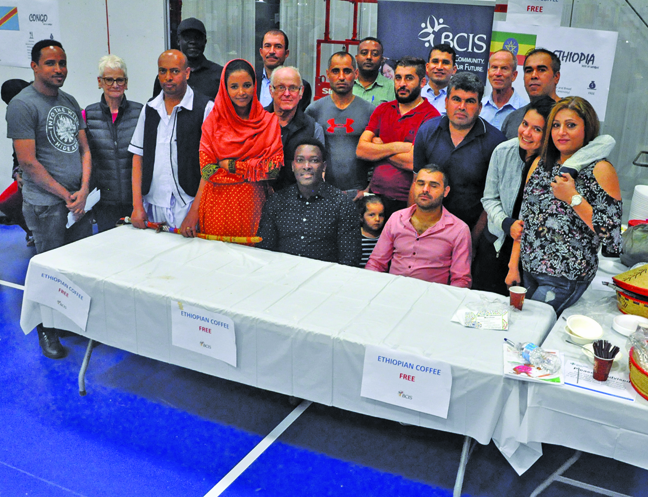 One of the few places where newcomers to the country are sent, Brooks is prepared for any potential influx of people looking to make their community home.

Thanks to the JBS plant, the community is fortunate to have a very high rate of employment for immigrants looking to set up new lives, said Mohammed Idriss, Service Manager at Brooks & County Immigration Services (BCIS.)

“In terms of the diversity we have in our community, we believe that over 50% of our population is immigrants, which makes us give new people a comfort level, in thinking about settling in and moving to so we have this arrival. This is actually through a program called government assisted refugees,” said Idriss. “So these are people who the government from abroad, in distance to Brooks directly, so they were coming to Canada to come to Brooks. But we also get a lot of secondary immigrants, what we call secondary immigrants. And these are people who maybe have landed in other places like Toronto or Calgary or other places.”

Though newcomers may find it easy to find employment, there are struggles to be found in the journey to settle into a new life. Housing can be difficult to find, said Idriss.

“We have identified that a number of different times when we did some research, we found out that, for example, that they would do to have housing that meets the needs of newcomers whether it is the number of bedrooms, our newcomer family, some of them have a lot of family,” said Idriss. “So we need some houses or places that are maybe like four bedrooms or it’s also things like that. So that is it, for example. And then and then we also have some issues with affordability. If you find it, is it affordable? That’s a question sometimes we struggle with, with some of our newcomer clients.”

The red tape associated with trying to bring family members over can also be a challenge, said Idriss, as immigrants living in Brooks often have to wait many years to successfully sponsor their families, and in many cases have to provide for functionally two households in the meantime.

“There is a huge backlog in the immigration department in terms of application, four or five years to finalize that. It can cause some time apart and is negatively impacting families, negatively impacting the people who are here who, to a degree, have to run two households, they have to rent and live here, but also support their families wherever they are, that they’re trying to bring here,” said Idriss. “It’s one of the biggest challenges that we find with our newcomers, dealing with immigration in terms of the length of time that application.”

Idriss said that while BCIS has enough general resources, they can sometimes struggle with more specialized, such as mental health support or funding specifically for housing. They also find that they lack resources such as doctors, which Idriss suspects is due to the smaller size of the community, which can interfere with their eligibility for some services.

In the face of this, Idriss highlights the BCIS’ collaboration with the community and other services, to help people get access to what they need.

“We are very blessed in Brooks to have a wide range of newcomers’ services, through different service providers,” said Idriss. “And we have created a very good collaboration model between ourselves that I think isn’t getting a highlight in terms of having an agency that focuses more on this or focuses more on that, rather than competing, we’re collaborating actually, in completing each other and completing services. Whether it is for example, BCIS is focusing on that entry level services, people who are new or people who are, who are trying to set up in their life here, versus, for example, another organization that is focused more on family. But it’s another organization that is focused more on, for example, ESL and language skills. In that way, we have a good referral, that working between ourselves, so we refer to them, they refer to us, and that collaboration is really meaningful and beneficial.”

It is because of this collaboration that Idriss is certain that in the event that Brooks sees a large number of immigrants or refugees in the future, that the community will be well equipped to handle them, and in fact the various providers have discussed what would be done to best help everyone as a group community response.

This, Idriss adds, is to the benefit of not only the immigrants, but the community as a whole.

“I think one of the things I’ve always tried to also bring into this conversation is the impact that immigration has on communities, there is a net positive impact on the community. One of the successes that we have in Brooks is that many of the people that come to our communities end up with employment very soon,” said Idriss. “While for example, at least, we do see that unemployment rates in bigger cities among immigrants is high, we don’t see that in our community, we actually see that unemployment rate is very low, in our, in our community, in smaller communities, that impact is a net economic positive impact.”

The positive impact extends past the economy as well, as immigrants bring in new cultures and ideas, making the community a richer, more diverse community, said Idriss.