Prairie Rose School working to ensure of solid nutrition for all 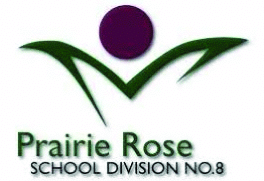 With the diversity of the different schools and communities with Prairie Rose Public Schools, it comes as no surprise to see that their approaches to making sure students are well fed are just as varied.

“A variety of things that are sort of happening in Prairie Rose. And that’s due mostly in part to the fact that we’re a large division with many different sizes and grade levels of schools,” said Carol Carlson, Coordinator of Student Services at Prairie Rose Public Schools. “So to meet needs, in the various areas across our division, we kind of have to be creative about what’s best going to serve that particular community. So for instance, or give the example our schools that are close to Medicine Hat have better access to support such as the Root Cellar, which was previously the food bank. Whereas in some of our more remote areas, you know, we have to be more creative, more intentional around making sure the families and children in those schools that are in need or are recognized and supported in a more unique or individualized way.”

The schools themselves assess the needs of their community and create proposals that will work best for them, said Carlson, while she ensures that they have the allocation of the nutrition money received through Prairie Rose’s grant that they need to support their nutrition plans.

“So that could be anything from if they decide to do a breakfast program, making sure they have the equipment and or supplies to make sure that it is accessible for the school year. Throughout the day, it could be anything from having a cooler that students are just welcome to access if they’re hungry throughout the day. Or it could be things that are available for students to pick up on a table as they’re coming in the door in the morning, getting ready for school. So schools just have different ways of wanting to make that happen. Sometimes with our food programs, students are preparing food and being able to, you know, I guess they’re you they’re eating that particular food that they’re creating a particular food program with the teacher, under the direction of the teachers. So it just can take on so many different forms based on need,” said Carlson.

A notable example includes Isabel F. Cox School, which has a nutrition lead that ensures that every student in the school has access to daily lunch, said Carlson. The lead also provides some options for students in need a few times a week to Parkside School and Margaret Wooding School.

“The question I often ask principals is, you know, what percentage of kids would you say, in your school that you want to make sure have access, that you’re concerned that you know, that they may or may not be accessing the amount of food that’s needed,” said Carlson. “And, you know, I get numbers, different varying numbers, but I always try when we talk about allocations of resources to schools, to make sure that that’s foremost in front of their mind so that they’re being creative to ensure that those kids have access to food.”

Carlson suggested the idea of a bowl of apples in the classroom to allow students to simple grab one when hungry as another idea for access to nutritious food in Prairie Rose Schools.

“We have to remain flexible and adapt to the changes or their demands as our communities. They’re going to shift and, and we have to be ready to shift when things shift, so that we can be responsive to the needs when they arise,” said Carlson. “We just have to make sure that we’re mindful of the fact that you know, and that we as a school have the opportunity to be able to be a support in that way.”