Snowpack levels of some concern for southeast Alberta 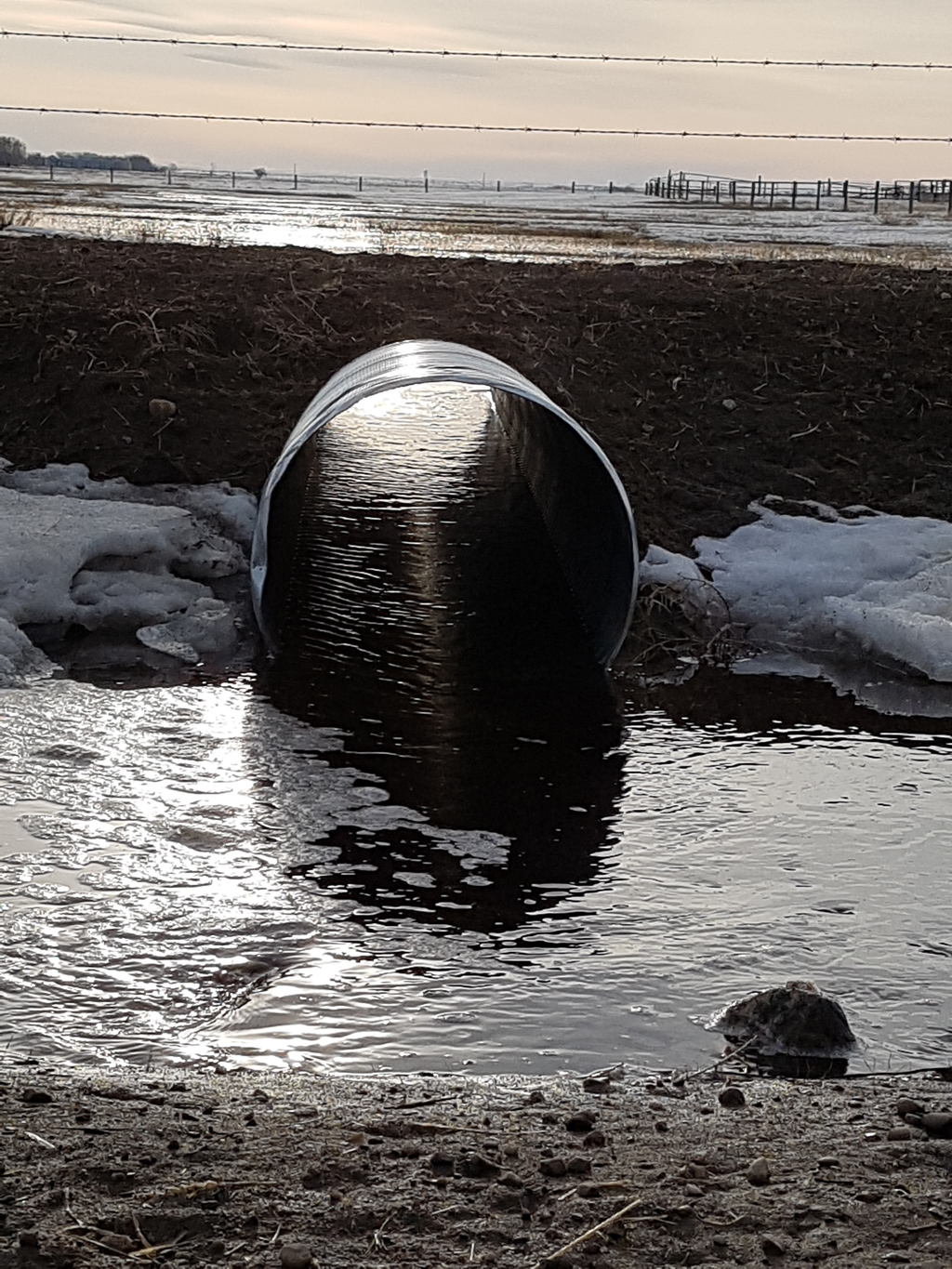 File photo There is concern about a lack of spring run-off for agriculture producers.
Recent Posts
Recent Comments

After an unseasonably mild March left a lack of snow on the ground in much of Southeastern Alberta, many have seen concerns about moving into another dry year.

Last year was the latest of several dry years for many regions of the Prairies, said Trevor Hadwen, agri-climate specialist, with long-term moisture deficits that haven’t been made up in quite some time.

This issue has continued with the early melt of much of the snow across the prairies. While the winter snow cover does give the soil some moisture, allowing it to head into the spring season in a better situation than prior to winter, the early melt may result in the loss of what was gained.

“With the high temperatures so early in the spring, obviously most of the snowpack has melted from that region. And we’re limited in in terms of we have limited runoff availability for us going on into the future. So we’ll have heavy reliance on rainfall and still fall through that early spring period now to get that soil moisture,” said Hadwen. “And this isn’t abnormal for southern Alberta or this region where we have the soil exposed early in the season, more evaporation is going to be occurring, those soils are going to continually dry out through the spring period here now that they’ve been exposed. So those spring rains are critical for our cropping cycles.”

Hadwen predicts that we may see further drying or drought situations if there is a lack of spring rain this year, as well. Last year’s low snowpack also caused issues for irrigation and those who rely on farm water storage, especially those not connected to stream flows that will benefit from the runoff.

Not all signs point to another dry summer, however. While the melt of much of the snow over the plains is well underway, the mountain snowpack as of March 1st read as average or above average, said Jason Penner, Communications Advisor for Alberta Environment & Parks.

“Future precipitation, or lack thereof, cannot be reliably predicted this far in advance, but normal precipitation amounts, combined with the contribution of melting mountain snowpack, suggest generally average to above average volumes for the North Saskatchewan, Red Deer, Bow, Oldman and Milk rivers between now and September,” said Penner. “Precipitation received in late November and early December in southern Alberta helped reservoir levels recover following high irrigation demand during the summer. Average to above average snowpack in most parts of the mountains represents a good opportunity to ensure reservoirs will be refilled later this spring. This is good news for agricultural producers who depend on irrigation during the summer months.”

Optimism for water levels and those reliant on irrigation was shared by David Westwood, General Manager of the St. Mary River Irrigation District.

“Things are looking favourable going into the irrigation season. Obviously, we track the snowpack very, very closely, and last year, as you recall, we had an extremely hot, dry summer,” said Westwood. “And those drought-like conditions, definitely. While we were able to meet all irrigation demand, we definitely drew down our reservoir resources, but also Alberta environments where the head works that we get the water to the valley of St. Mary River, they were down to some lower levels by the end of the irrigation season. Alberta environment and parks did a fantastic job. We had some good precipitation events in October and November last year, some rain and some release, that wet spell. And they did a great job of capturing that. And so that helped replenish reservoir levels.”

Like the Mountains, the snowpacks that feed into the irrigation district are all very strong, said Westwood.

“So far, yes, I think farmers would like a little bit of precipitation, I was actually glad to see we had a little bit of stone here in the Lethbridge region yesterday that melted right away, but I think that would have been welcome precipitation,” said Westwood. “But overall, we’re going into the season in a pretty healthy position, we’re comfortable that we’re going to be able to meet average irrigation demand. And we’re not worried about any sort of level at this stage.”

If the area experiences a carbon copy of the 2021 summer, Westwood said that they may start to really draw on resources, but they’re not expecting a repeat and believe their snowpack and current storage will be adequate for irrigation needs.

“I’m not saying it’s not looking like it’s gonna be an overabundance of water. But I’m saying that we feel comfortable. We set an allocation that was very comparable to the allocation we had last year and a previous year to start the season,” said Westwood. “Obviously, we monitored very closely every month and Alberta Ag kind of gives us an update of what’s going on, and what our usage is like after we provide our numbers to them, but right now everybody looks like they’re gonna be able to go into the season in a very normal type of spring startup position.”

We’re obviously just looking forward to a good summer to the irrigation season and hopefully we’ll get helped out with a little bit of rain in springtime,” said Westwood.