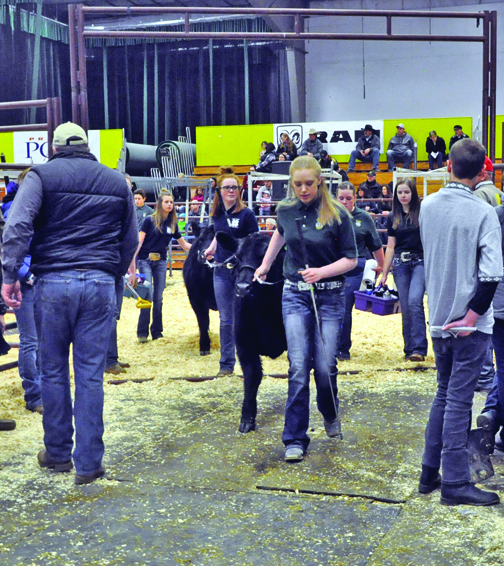 File photo The ever-popular Medicine Hat Beef Pen Show will run after a pandemic-induced hiatus and organizers will try to have it operate as close to previous status quo.
Recent Posts
Recent Comments

After being cancelled in 2020 due to COVID-19 precautions, the Medicine Hat Exhibition and Stampede’s Beef Pen Show is back for December 17th and 18th at the Cypress Centre.

Chairman Greg Frey said that while they’ve seen about a 20% decrease in numbers for all shows in the area, the Beef Pen Show is slowly filling up. He expects for them to be looking at about three quarters of capacity.

Many of the same events as could be expected in previous years, including the pancake breakfast and steak fry will be present, said Frey.

“Friday night we will be doing the steak fry. The cowboy Christmas trade show opens four o’clock Friday,” said Frey. “Then we’ll do the steak sampling and then there’ll be the commercial show and the purebred heifer show Friday night. Saturday morning will be the free pancake breakfast at eight. The Cowboy Christmas Trade Show opens again at nine they’ll be all morning, there’ll be 4-H team grooming. They have their first show, the steer jackpot. Then one o’clock will be the Commercial Bred Heifer Show and the Purebred Bullpen Show. And then that will conclude our day with the final of the bullpens once we call the champion of the bullpens and the Cowboy Christmas Trade Show will end at five o’clock on Saturday.”

The Beef Pen Show will be following public health guidelines closely, said Frey, who added that there hasn’t been too much concern and believes that the event, with the appropriate restrictions, will be welcomed.

In accordance with these guidelines, the steak fry will be served to attendees with tongs to help limit the number of surfaces touched. Frey notes this may also help to control the amount of samples going to each visitor.

Aside from this, there are no other major changes to the show, said Frey.

“We’re kind of running the same, the same course. Few different committee members is about all in a few less and a few different ones,” said Frey. “Really no change. In the show anyway. There’ll be a few different sponsors, some companies don’t want to participate in a gathering of any kind. So that’s understandable. So we’ve got other sponsors, wanted to come on board. So our major sponsors will still be the same.”

“When we had it advertised about AHS rules and things like that, we still got phone calls concerning it. And then of course, the rules have just changed to vote on underage vaccinations and testing two that just changed on the 30th,” said Frey. “So we have to go by those new rules. It’s definitely been a challenge, but I think everything’s coming together.”

Getting things together after a year’s absence has been difficult, said Frey, but the event is important to both producers and the public.

“It’s just a place to get together and talk about what’s going on in the world with the beef and agriculture societies and, and that’s where a lot of guys will sell their product, whether it’s heifers or bowls or word of mouth down the road for a new customer,” said Frey. “Lots of places aren’t aren’t able to do that, because people don’t want to get out. But in the end, the trade show is unbelievable. It brings in, I’m not sure on the number, a drastic amount of people for the trade show that people do their Christmas shopping there. And there’s tables of all kinds. And it kind of just a social event brings everybody together, at that time of year when people are home at it helps out bringing people together, too.”