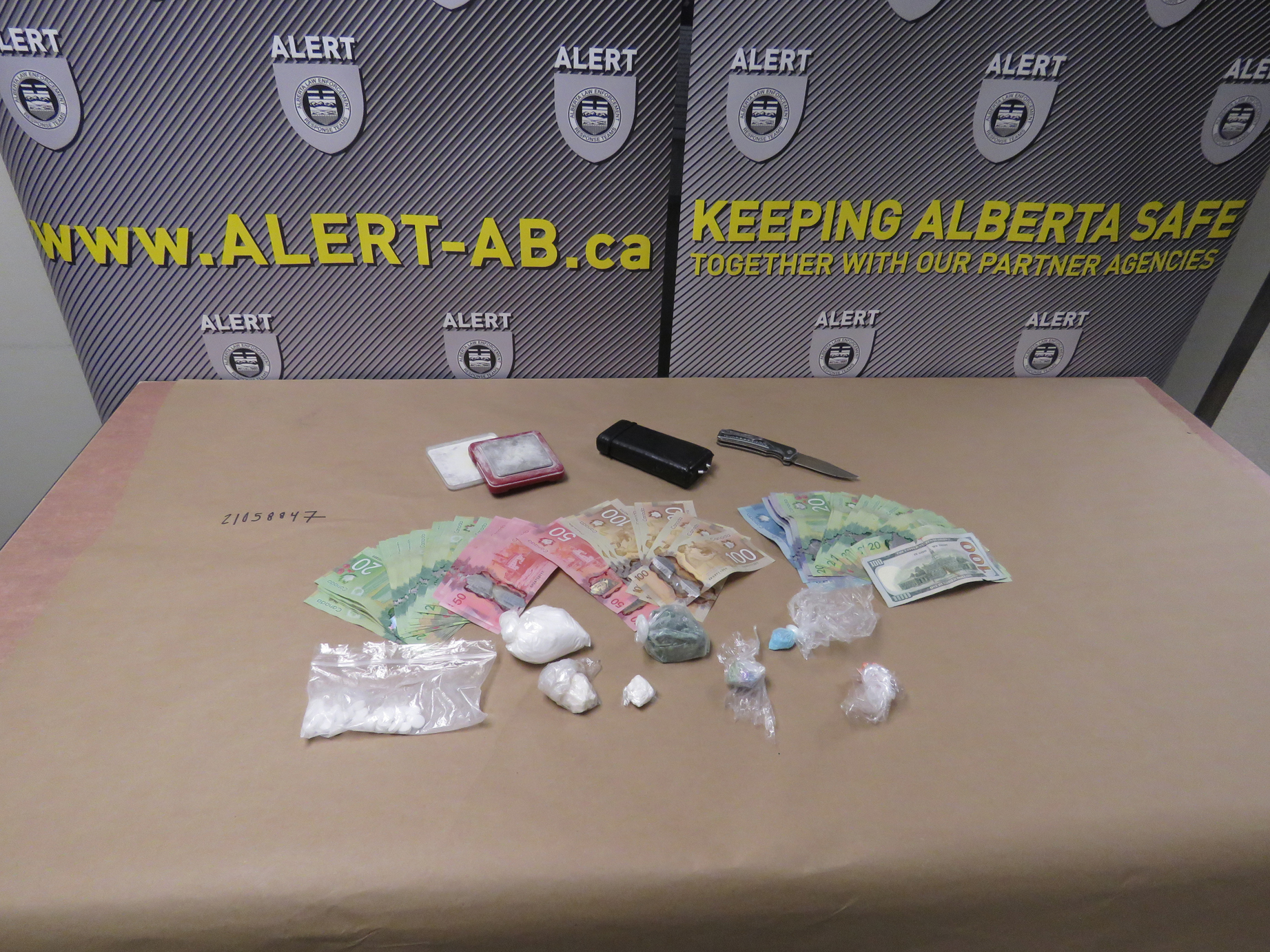 An investigation was initiated by the Alberta Law Enforcement Response Team (ALERT) in partnership with Lethbridge Police. Investigators witnessed the subject engaging in behaviour consistent with drug trafficking and he was arrested without incident on Jan. 21, 2022.

A search warrant was subsequently executed at his residence in the 1300 block of 23 Avenue North, resulting in the seizure of drugs with a street value in excess of $20,000, including: 60.2 grams of cocaine; 57 grams of fentanyl; 56 codeine tablets; and 1.4 grams MDMA  (Ecstasy). Also seized was paraphernalia consistent with drug trafficking, more than $2,900 in cash and a conducted energy weapon (Taser).

Following a Judicial Interim Release hearing, Malisi was released from custody and is scheduled to appear in court Feb. 24, 2022.

ALERT is an important partner and conducts targeted investigations related to drug trafficking, gangs and firearm offences in the Lethbridge area. It was established and is funded by the Alberta Government and is a compilation of the province’s most sophisticated law enforcement resources committed to tackling serious and organized crime.