Posted on 3 November 2021 by Matthew Liebenberg 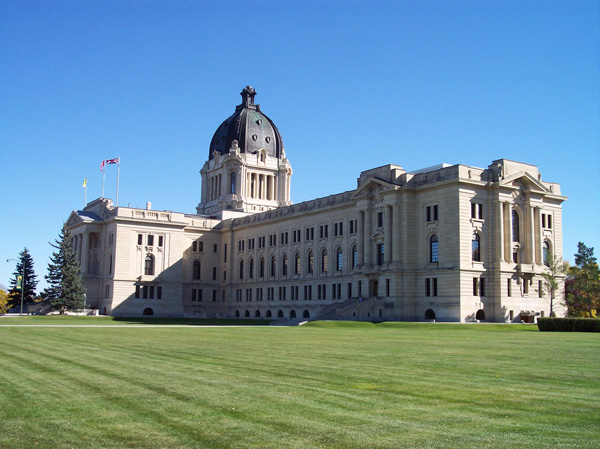 The fall session of the Saskatchewan legislature started with a very clear difference of opinion between the government and opposition about priorities.

The new session began with the delivery of the speech from the throne by Lt.-Gov. Russ Mirasty on Oct. 27.

The speech outlined a strong focus by the Saskatchewan Party government on economic recovery from the pandemic. Swift Current MLA Everett Hindley, who also serves as minister of mental health and addictions, seniors and rural and remote health in Premier Scott Moe’s cabinet, spoke the following day to the Prairie Post about the throne speech.

But the Saskatchewan NDP viewed the throne speech as an attempt by the government to deflect attention from its failures to deal with the severe fourth wave of the pandemic in the province. Opposition leader Ryan Meili described the speech as a “hodge-podge of re-releases and distractions” during a media availability on Oct. 27.

“This speech is completely out of line with the reality we’re facing,” he said. “It is a tone-deaf speech, because it fails to acknowledge the reality that we’re facing today. It’s a document that’s designed to try to distract people from the fact that we have the highest COVID death rate in the country, to distract people from the fact that Scott Moe has ignored the advice of experts and lead to the worst fourth wave in the country. He doesn’t want to talk about that. I understand why. He should be embarrassed for his actions, but if he had any courage or leadership, he’d be taking responsibility instead of trying to change the channel.”

Hindley emphasized the pandemic and COVID-19 continue to be the government’s most important and immediate task.

“That’s what dominates my meetings as minister and MLA each and every day and so that will continue to be, regardless of what’s in the throne speech,” he said. “It’s a balance, dealing with the pressing issues of the pandemic and also continuing to carry on with the rest of business of government.”

He noted the government had to make some very difficult decisions during the pandemic and it will continue to address the situation as best at it can, but not everyone will agree with those decisions made by the government.

“I think we have taken a number of measures to do what we can to try and manage this,” he said. “Are there things we could have done differently? I’m sure there are. You look back at these past 19 months and the decisions that are made and the decisions we do make are always made with the most accurate and best information we have available at the time and balancing that with what we’re hearing from the people of Saskatchewan.”

He added that those opposing views about how the government should approach the pandemic was also evident from what he heard locally.

“I’ve been hearing from people on all sides of this issue and we see that locally,” he said. “Those that think that there needs to be additional restrictions and measures in place and those that are very much opposed to that and would like to see far less than that. Bottom line is, we’ve got some challenges now in our healthcare system and we have some great healthcare workers that have been working tirelessly over the past numbers of months to keep the healthcare system moving. The infections and the rates of COVID and the impact that’s had on our ICUs and our hospitals made for some very difficult decisions, and we’re going to continue to try to address that as best we can.”

He did not think the government was acting too hastily when it announced the removal of COVID-19 public health restrictions in July.

“We were in a very good place in July in terms of the rates of infection coming down and you have to remember that what happened over the summer was we’re dealing with a different variant of COVID-19, which is far more transmissible and far more deadly than previous versions,” he said. “Where we got to in terms of our decision-making process earlier this past spring was that cases were going down, hospitalizations were going down, and people were asking governments at all levels, federal, provincial, municipal, and saying things seem to be trending in the right direction, when can we look at easing up some of the measures and returning back to a more normal type of a life.”

He felt a key lesson from this pandemic has been that things can change on a dime and the government needs to react and make the best possible decision it can.

“Our best possible way to see the light at the end of the tunnel is to have people vaccinated and that helps to reduce the spread and will take the pressure off our healthcare system,” he said.

At the same time, the government felt it is necessary to present an ambitious agenda in the throne speech for the way forward on issue varying from economic growth and infrastructure to crime prevention measures. Other sections of the throne speech refer to agriculture, education, mental health and addictions, reconciliation, supporting veterans, and measures to promote a more independent Saskatchewan within confederation.

Hindley said it is important for the government to set goals while it is still facing the challenges of the pandemic.

“We have a growth plan that was developed and released before the pandemic took place, but it’s important that we continue to set goals and have some of these things that we need to achieve,” he mentioned. “It’s important that we need to continue to work on the other priorities for the province, and that includes some economic things that need to be done here to ensure that we’re creating opportunity and creating investment in this province. … There’s going to be some discussions as we come out of the pandemic of what else we need to do to bolster the healthcare system coming out of this. We got to have a way to pay for that, and so that’s why I think it’s important to focus on some of these economic priorities that are listed in the throne speech and some of the other issues too.”

Meili did not think the throne speech was an appropriate response to the impact of the pandemic’s fourth wave on the province.

“Across Saskatchewan people are hurting, out of work, facing the rising cost of living, and too many people dealing with illness and the inaccessibility of healthcare or mourning the loss of a loved one,” he said. “And yet today the Sask. Party put out a document that tries to gloss over the reality of what Saskatchewan people are facing, completely out of touch with the struggles the people are dealing with today.”

The throne speech referred to new legislation that will be introduced during the legislature’s fall session, which Meili said the opposition views in a positive manner. These are a bill to prevent demonstrators from restricting access to hospitals and legislation to protect workers from sexual harassment and other forms of harassment in the workplace. This protection will apply to students, volunteers, self-employed people and contractors.

“So we’ll be looking for what we can that we can support, things that we’ve been advocating for, such as those,” he said. “That’s positive, but the larger document is a big disappointment.”