Posted on 27 September 2021 by Contributed 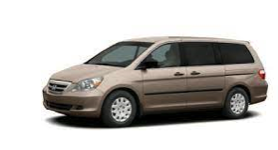 The Swift Current City RCMP are seeking the public’s assistance in locating a 2007 Honda Odyssey Minivan.

Brown/gold in colour, with Sask licence plate 904FRM. At approximately 6:00 pm on September 26, 2021, The Honda was stolen from the 200 Block of South Service Road in Swift Current. Two suspects were seen approx. one hour prior who entered the business, then left without speaking with staff. Keys to the minivan were taken from the desk from the business. Suspects were described as one male, one female. Male was wearing jeans, blue jacket or hoodie and a ball cap. He was average height with an average build. The female was described as average build and height.