Posted on 15 September 2021 by Matthew Liebenberg 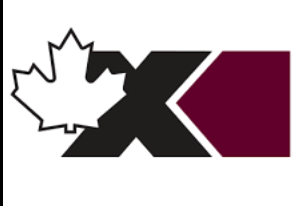 Candidates in the Cypress Hills-Grasslands federal riding made their case to voters during a virtual all-candidates forum, Sept. 8.

The event was presented by the Swift Current & District Chamber of Commerce in partnership with the City of Swift Current. It was livestreamed through the City’s YouTube channel, where it can still be viewed.

Chamber CEO Karla Wiens said at the start of the event the format was similar to previous forums hosted by the business chamber, and it therefore was not a debate.

“Our goal is to provide information to our electorate to make an educated decision come election day on Sept. 20,” she noted.

The event was moderated by Ryan Nagel, a lawyer in Swift Current. The forum format provided each candidate with four minutes to introduce themselves and present their platform. This was followed by a question-and-answer session, which gave each candidate the opportunity to answer each question within a time limit of one minute. The event concluded with a final statement by the candidates.

The Maverick Party, which grew from the Wexit movement, is participating in its first federal election. Skagen felt it offers a new alternative to voters.

He felt the Maverick Party provides an option for voters in western Canada who have felt frustrated in recent years, because they are presented with the same limited choices in each election.

“When you get an opportunity to vote this year, don’t just vote the same way you have all the time,” he said. “Think about what you’re doing, think about what’s best for you and your family, what’s best for the west. After successive governments in Ottawa that are either Liberal or Conservative, neither of them over 100 years have addressed the real concerns for the west and it’s time that got done.”

The People’s Party of Canada is participating in its second federal election since it was formed in 2018. Hislop said he is running for the people in this riding who embrace their freedoms and who respect the Constitution.

“For the people who want to see real and authentic change that our Parliament needs, and for the people who want a representative who will be on their side and serving them through this difficult time of division and loss of our rights,” he noted. “I’m here as the only major party that’s standing up for all of our constitutional rights, saying no to the outrageously useless carbon tax and is entirely committed to regaining sovereignty from the UN.”

He felt there is a need for political representatives whose first priority will be their constituents and who are not only speaking on behalf of party leaders.

“We really need to change who we send to Parliament and we need to start getting people in there that can speak for themselves, and they’re not going to be controlled by what their leader says,” he mentioned. “They’re not going to have to worry about getting kicked out of a party or getting demoted. They’ll be able to represent their constituents.”

McPhee is a first-time political candidate representing the New Democratic Party. He noted that southwest Saskatchewan was the birthplace of medicare in North America, and the party’s platform wants to address gaps in the healthcare system through the inclusion of universal pharmacare and affordable dentalcare.

He is in favour of a comprehensive regional platform for the prairies to improve rural life, which will also address concerns about drought conditions.

He felt southwest Saskatchewan is a valuable piece of Canada’s environmental efforts, because per acre restored native prairie does sequester more carbon than the same area of boreal forest.

“We’re also Canada’s sunniest electoral district,” he said. “We have the highest solar potential of any riding in the country. So all of these are going to be future industries in my lifetime, and that’s going to be good for this riding.”

There were two familiar faces participating in this forum. Both Lewans and Patzer were candidates in this riding during the 2019 federal election.

Lewans, who also stood as an independent candidate in 2019, said she prefers to think for herself. She rejects the current system and she wants to scrap the status quo.

She spoke about the urgent need for societal change to address the problems of wasteful consumerism and to deal with the environmental crisis.

“It feels like everybody is just coping and trying to get by, and here we are playing this stupid political game,” she said. “Like here we are fighting to make our chains more comfortable instead of demanding that they remove the chains from us. History is well documented that if you want to control the people, you keep them divided. Look at how divided we are. We disagree and argue about everything.”

Patzer has represented this riding in the House of Commons since 2019. He received 81 per cent of voter support in the previous federal election.

“You sent me to Ottawa to talk to the matters that mean the most to you,” he said. “Issues like the fair treatment of the west, supporting Canada’s world-class energy sector and agriculture industries, broadband access, firearms rights and real crime, just to name a few. Over the past two years we’ve been able to talk at length over the plight of the oil and gas sector.”

He referred to the Conservative Party’s election platform, which he said is aimed at securing the future of all Canadians. He added that rural investment will be a priority for his party, and he noted that Cypress Hills-Grasslands has the highest number of small towns and villages of any riding in the country.

“Each community has their own unique infrastructure problems,” he said. “Many of these communities were built at the same time. This is why Conservatives are prioritizing investment into rural Canada, which none of the other parties are looking to do.”

Patzer felt the choice for voters in this federal election will basically be between two options for their next government.

“When I look across the country, when I look at what this election means for western Canada, there are only two parties that can form a government in Canada, the Conservative Party and the Liberal Party,” he said. “That means there’s only one party that can actually truly solve and fix the issues that ail us out here in western Canada.”

Election day is Monday, Sept. 20. Voter information and polling locations in ridings are available on the Elections Canada website at http://www.electionscanada.ca