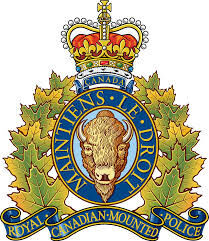 On July 16 at approximately 2:30 p.m., Swift Current Municipal RCMP officers were dispatched to a break and enter in progress at a residence on the 0 block of 6th Avenue NE in Swift Current.

Investigation determined that a male broke into the residence while the occupants were inside. They called police and the male fled without taking anything. The male was unknown to the residents at the time.

The male was later observed driving southbound on Highway #4 at a high rate of speed.

As part of the subsequent investigation, Swift Current Municipal RCMP officers sent out a Saskatchewan Crime Watch Advisory asking the public to call police if they saw the male or his vehicle. As a result of that advisory, an individual called police at approximately 6:30 p.m. to report the suspect vehicle was on Main Street in Hodgeville.

Officers arrested the male without incident in Hodgeville. A firearm, reported as stolen from a Swift Current residence on July 14, 2021, was located as well as ammunition and a bag of methamphetamine, which were seized.

As a result of this investigation, Riley Lawor (DOB:1991-12-19) of Swift Current, SK is charged with the following offences:

– 1 count, possession of a weapon for a dangerous purpose, Section 88(2), Criminal Code

– 1 count, possession of a firearm knowing possession is unauthorized, Section 92(3)(a), Criminal Code

Lawor made his first appearance in provincial court in Swift Current on July 19 and was  remanded to appear this morning (July 20).