Posted on 5 March 2021 by Matthew Liebenberg 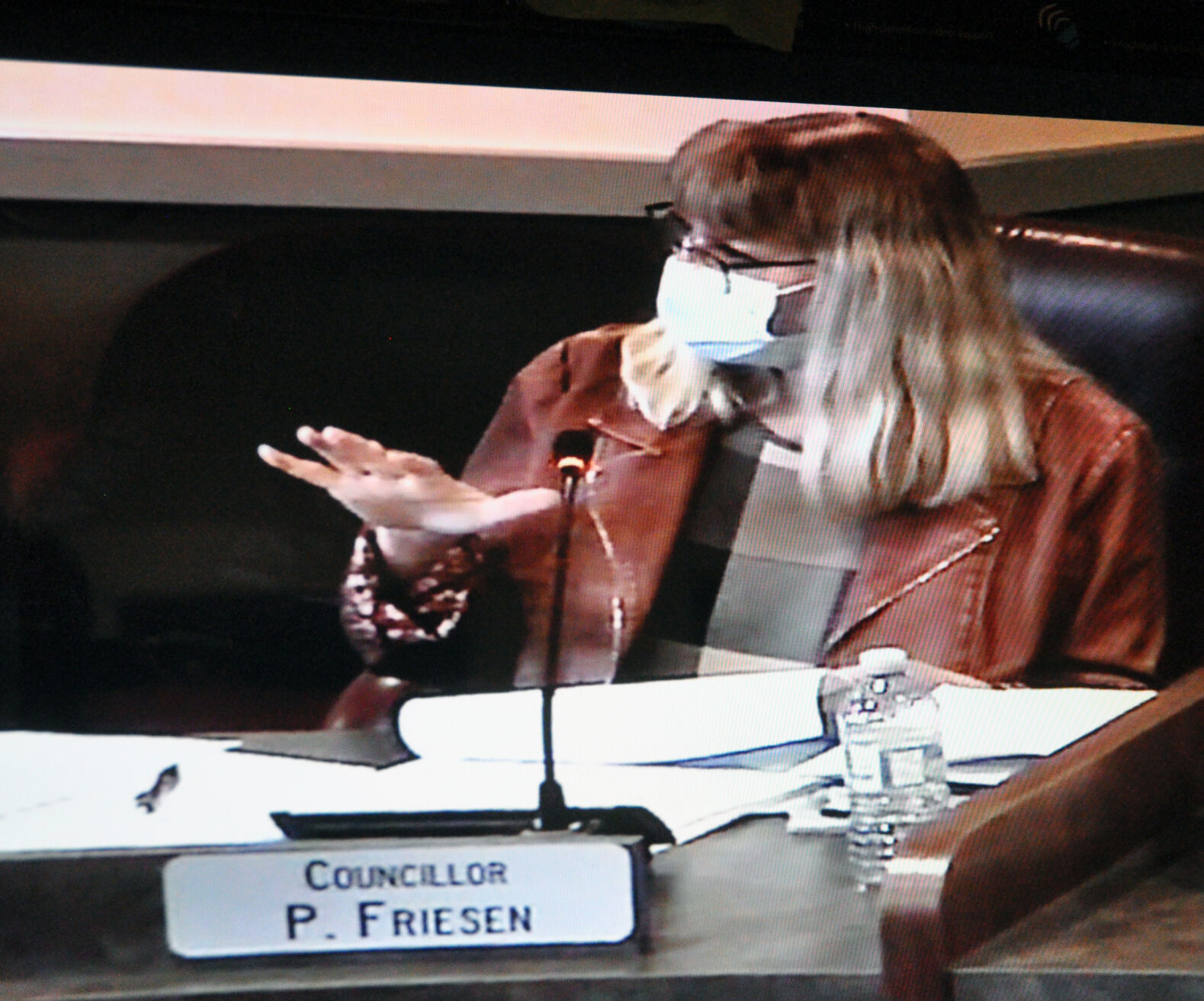 Swift Current’s recently elected council has created a new committee to serve as an additional forum to discuss key issues.

The inaugural meeting of the Governance and Priorities Committee (GPC) took place in council chambers, Feb. 18.

Mayor Al Bridal provided details about the purpose of the new committee at the start of the meeting.

“The value of the Governance and Priorities Committee meeting is in its intention to offer council, administration as well as the public a forum to present and discuss key issues which will likely have a broader impact to the City,” he said. “This committee will not be a decision-making body, it will meet regularly, and it’s purpose is to encourage more fulsome discussions and debates on matters deemed by council to be of significance, which could result in substantial policy changes or decision that may have a major impact in how the City conducts its business.”

He spoke about what the outcome of the discussions at these meeting will be and the different options available to council members after reviewing information presented to them.

“Council will review and discuss items listed on each agenda without making a decision, but rather a recommendation resulting in the item brought forward in one of three ways,” he said. “The recommendation would be to send it to a regular council meeting for a decision and resolution, refer it back to the CAO for more information and/or clarification and brought back to a future GPC meeting, or to receive and file the report as information so that it remains on the City’s record.”

The current COVID-19 public health regulations meant only council members and City administration staff were present in council chambers, where they wore masks and the seating was physically distanced. There was a live online broadcast of proceedings to offer members of the public the opportunity to follow discussions.

Mayor Bridal spoke via telephone to the Prairie Post about the new committee on Feb. 22. He said the newly-elected council identified the need for the GPC meetings.

“It was something that I wanted to see when I ran for council and there were several other council members that felt the same way,” he explained. “I felt before I ran for council that council was not being informed enough of what was happening in the City and this is a way for us to be better informed from admin.”

He noted there was a committee of the whole about 20 years ago, which provided council members with an opportunity to discuss issues outside formal council meetings.

“And with the new Freedom of Information Act, things that we discuss are supposed to be discussed in public,” he said. “So in the past we had these community of a whole meetings that councillors get together and share information, and for the last few years they have either not been doing it or been doing it all by computer. I like the face-to-face and being able to talk to other councillors beside me in the same room and talk to admin. So the GPC is a new committee for us and it’s going to be a commitment that we as councillors are going to make at least one afternoon or morning every month and then we might even have to have two if it gets so busy.”

He felt the inaugural meeting went very well and it served the purpose to inform council members and provide them with time to discuss issues presented to them.

“Each department wrote out kind of a monthly report that we got to read beforehand and then we could ask any questions on that report, and it was just really, really good for us as council,” he said. “That’s one part of it, but then the other part is every time we have a new bylaw, instead of just a discussion before council or at council, we can actually discuss how the bylaw is worded, the new wording, if we have any disagreement with how it’s worded. We did have a bylaw this last one that we’re all happy with the way it was written about our parks and rec board.”

He is convinced the discussions at the GPC meetings will be beneficial to the decision-making process, which will eventually result in the tabling of motions at formal council meetings.

“When you make decisions, if you read about it and then two days later you’re talking to the other councillors and you make this decision, a lot of time it doesn’t give your mind enough time to mull it over,” he said. “This way here we can bring these things to the GPC, we can talk about it as a council, we can have administration tell us why they think one way or the other way would be a better way, and we can think about it. Then when we come to council, we can still have that discussion, but we’ve had time to consider maybe some different options instead of just making the first choice that’s given to us or the first choice that seems obvious.”

Another benefit of the GPC meetings will be the opportunity it provides to council members to give feedback to City administration about issues. He referred to the discussion that took place at the inaugural meeting about the proposed deep utility underground rehabilitation at the 1st Avenue NW and Chaplin Street intersection.

“We discussed stuff and there were some questions asked that may not have been asked or if they were asked at a council meeting, maybe we would not have allowed it to go ahead at a council meeting, because we wanted these answers back,” he said. “So this gives admin a chance to go back to the drawing board, shall we say, get some more information for us, and say this is why we want to do this.”

The GPC meetings will be open to members of the public to attend in person when the pandemic situation has changed and current COVID-19 regulations have been relaxed, but until then the meetings will be livestreamed. Bridal did not expect there will ever be a large audience at these meetings, but the public will benefit indirectly.

“I’ll be really honest, I think the public is going to be bored to tears in these meetings,” he said. “It’s not a whole lot different than council. I think the benefit to the public is it gives us as council a chance to think a little longer and harder, and discuss better, and so then if we think longer and harder and have more discussion, we should come up with possibly a better solution.”

The GPC meetings will not offer a forum for members of the public to ask direct questions to council members.

“No, they’re not meant for that whatsoever,” he said. “The only way a member of the public can ask a question is if they apply beforehand to ask questions. Other than that, the public’s input at these meetings is just to listen and the provincial government just wants us to be open and accountable to the public so the public knows we’re not doing things in secret, but it isn’t an opportunity for them to come ask questions. Council is the same way. The public can come to council, but they can’t ask questions, unless they’ve applied beforehand and got on the docket.”

The next GPC meeting will take place in early March. Each meeting agenda with documents and information presented during these meetings will be posted on the City of Swift Current website (www.swiftcurrent.ca) under the City council section.

Councillor Pat Friesen asks a question during the discussion of an information report at the inaugural GPC meeting, Feb. 18.