Posted on 5 February 2021 by Matthew Liebenberg 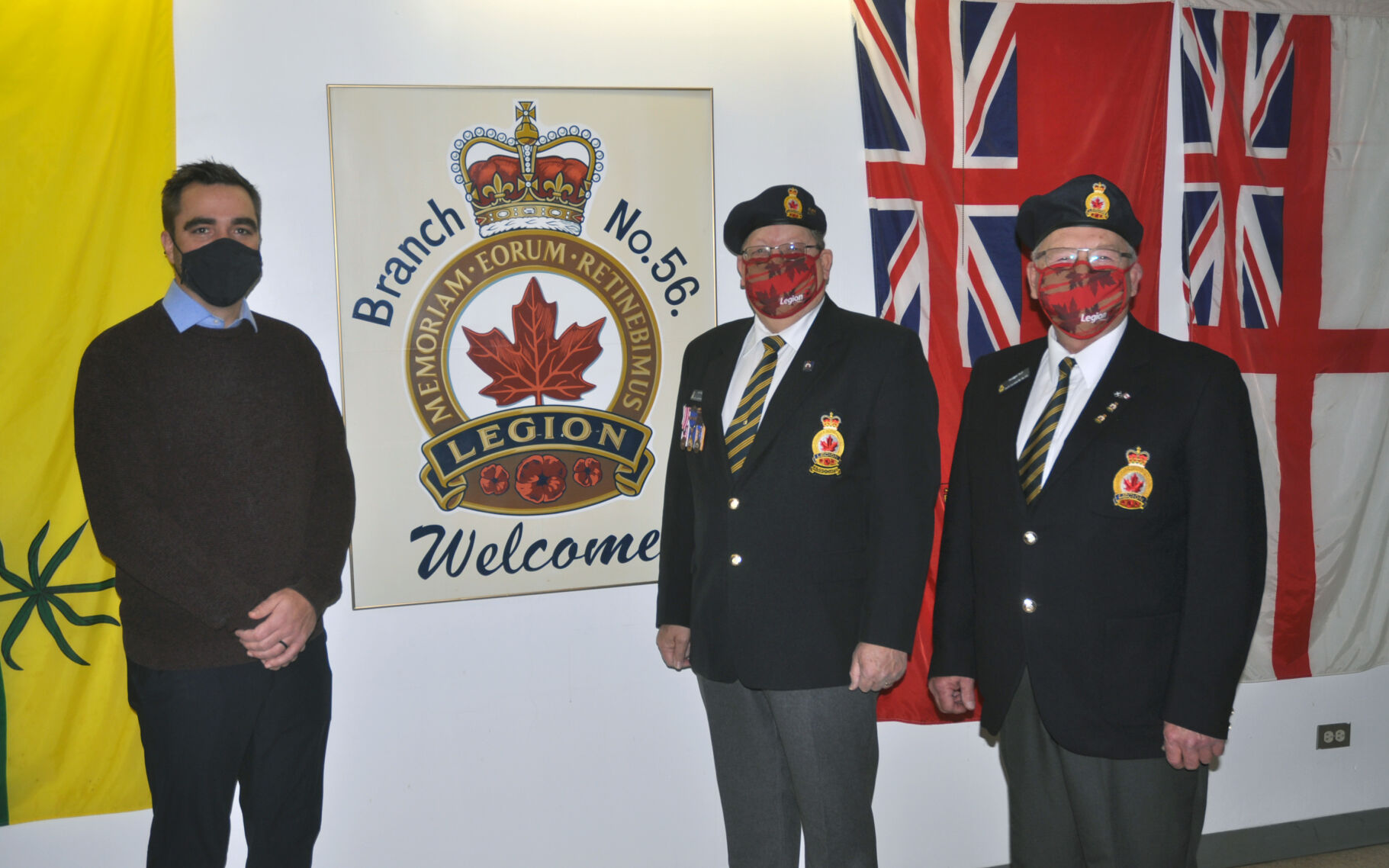 Federal funding will assist the Royal Canadian Legion Branch No. 56 in Swift Current to cope with the impact of the COVID-19 pandemic.

The Swift Current Legion received an amount of $15,605 from the federal government’s pandemic aid package to the Royal Canadian Legion.

Pratt expressed appreciation on behalf of the Swift Current Legion for the federal funding through the Veterans Organizations Emergency Support Fund (VOESF).

“What it means is we will have some of our own funding that we will be able to use in the community, you know veteran services or community services,” he said. “This money is designated specifically for things like wages, insurance, our operating costs. That just means that the funding that we receive from the federal government will offset some of the funding that we normally would have had to use for those purposes. So it means a lot to us from that regard.”

The federal government announced the creation of the $20 million VOESF in the fall, of which the Royal Canadian Legion will receive $14 million. The goal of the program is to provide grants to non-profit and charitable veterans organizations that have experienced financial hardship due to COVID-19.

“Back in November the government announced they were building a program to get funding out to the Legions,” Patzer said. “It’s something that’s been called for for a very long time, as a lot of Legions have already closed in Canada and were facing financial hardships, even before the pandemic set in. So naturally it just made sense that there should be some funding for the Legions to help them weather the storm here, because we know how important they are to our communities, to our veterans and to the families of our veterans as well. So it’s important that the Legions be supported this way.”

The distribution of the funds to Legion branches started on Dec. 21, when just over $7.2 million was disbursed by the Royal Canadian Legion’s national headquarters to 701 branches that applied for financial assistance. More funds were disseminated in the weeks thereafter.

“I’m grateful that the federal government has finally decided to provide funding for our Legions,” Patzer said. “It’s important that a facility like this can stay open, that this funding will help to keep the lights on and keep the doors open, because we know Legions are more than just Remembrance Day, it’s more than just a poppy campaign. It has a much broader impact than that and community events are quite often held in this very building where we are. It’s important that this building be here for those events going forward.”

Pratt said the Swift Current Legion certainly plans to be here at the end of the pandemic, and this funding support will assist them to reach that goal. COVID-19 has presented many challenges to the organization.

“Pretty well all of our fundraising activities either were shut down or shut down for a time,” he mentioned. “Things like our weekly bingo, our cribbage tournaments, our Tuesday dinners that we normally have. So those were all cut off and that just meant that we didn’t have income. Our income for most of the time of the pandemic was virtually nil.”

The COVID-19 public health restrictions on large gatherings and events mean they are unable to receive income from hall rentals.

“That was another fairly major cut in our income,” he noted. “So it impacted us, for sure, but I think on the other hand we were pretty fortunate in that we were able to see our way through without laying off any staff. We were able to maintain our staff and they did some deep cleaning here in the facility, and we weathered through it. Probably we came out of it a lot better than many other Legion branches will.”

The Legion hall in Swift Current is now a quieter place than before the pandemic, but they are thankful to be still in operation.

“You can tell by looking at the facility here,” Pratt said. “We are physically distanced, we are remaining open, but of course our capacity has been cut and we’re struggling some in that regard, but we feel very fortunate that we’ve been able to keep the place afloat so far.”