Posted on 25 January 2023 by Matthew Liebenberg 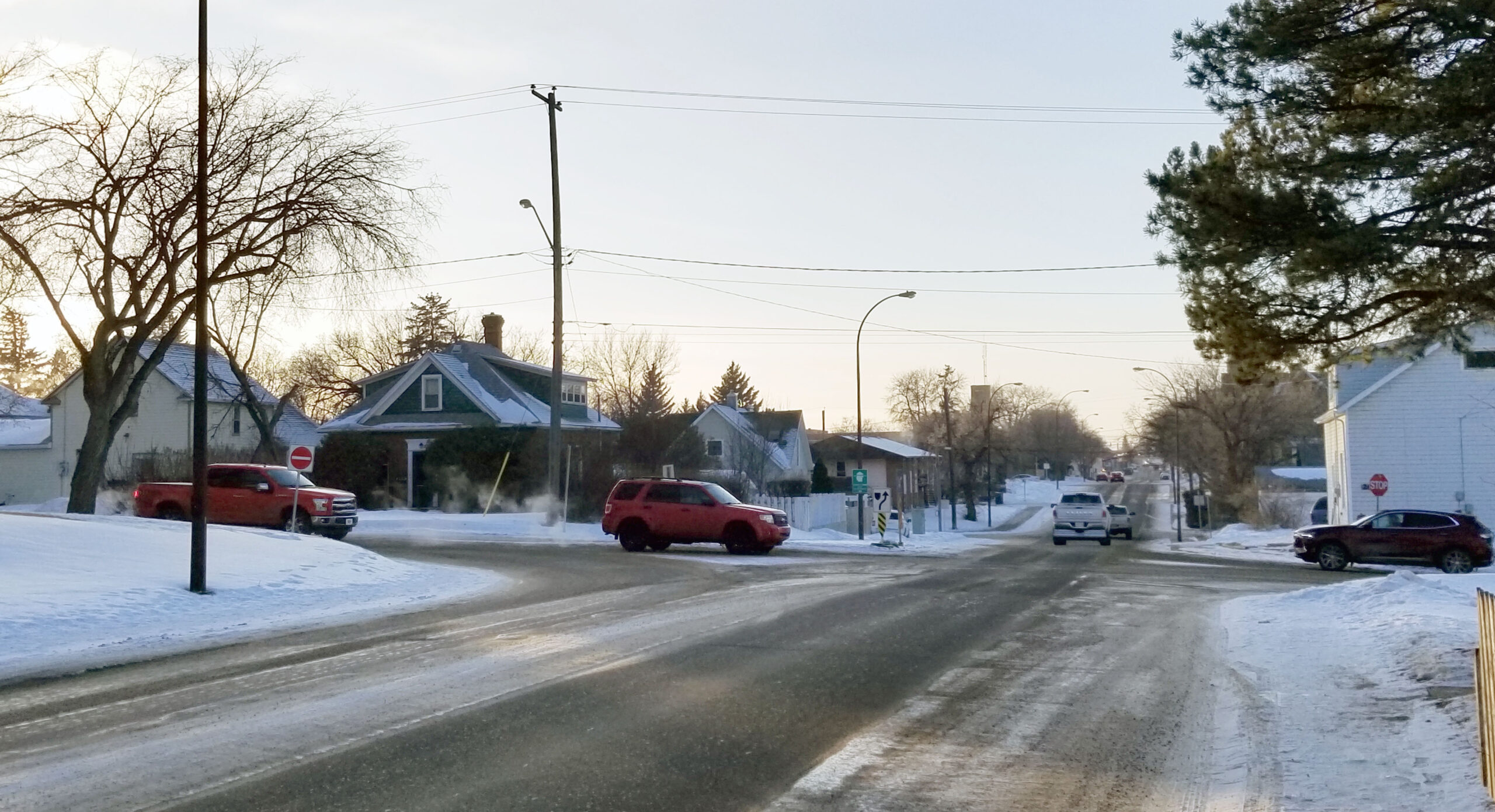 The City of Swift Current is giving priority to upgrading a high-collision intersection in the community.

City General Manager of Infrastructure and Operations Mitch Minken said the planning process is under way to do some upgrades at the 6th Avenue NE and Chaplin Street East intersection.

“It’s our worst collision intersection, now that we’ve fixed some other ones,” he noted. “So we’re working on a plan. We have that moving forward with our traffic engineering firm right now. We’re hoping to have that in as an SGI grant application so that we would take advantage of that SGI grant program to do those enhancements, and hopefully reduce the number of collisions at that intersection.”

Chaplin Street East is a busy road in the city. It serves as a thoroughfare for traffic travelling from Highway 4 and the eastern side of the community towards the downtown area.

“The main collision that we see is the northward movement of vehicles on 6th Avenue NE, leaving the stop sign, being hit by vehicles moving west on Chaplin Street,” he said. So that’s the area that we need to improve visibility and it’s challenging, because those folks are coming up the hill on Chaplin and people are trying to leave that intersection from the stop sign, and are somewhat blocked by the people in the righthand lane that are turning right.”

“Some of the options that we are considering is additional turning lanes to help with the movement and then increase that visibility,” he said.

Minken added that changes under consideration to increase the safety of the intersection do not include the installation of traffic lights.

“One of the problems with considering traffic lights there is the movement up the hill,” he said about the traffic travelling west on Chaplin Street East. “We don’t really want to stop the movement up the hill, particularly in the winter time, because now you’ve got vehicles that can’t get started again or are starting to slide backwards. We want to keep that traffic coming up the hill going west moving. So we just need them to slow down at the intersection.”

The design improvements for this intersection will also consider ways to increase the safety of pedestrians.

“Pedestrian enhancement absolutely is part of the whole design,” he said. “It’s part of the SGI requirements.”

The cost of this project will only be determined once the design details are finalized, but he felt an SGI grant will be sufficient.

“From what I’ve seen from the preliminary piece, I don’t think it’s a major construction,” he said.

The City received SGI funding in the past, for example a grant from the Provincial Traffic Safety Fund for an improvement project at the Central Avenue North and Battleford Trail intersection. This grant program is administered by the SGI and uses funds from photo speed enforcement tickets.

The intention is to do construction work at the intersection in 2023 and Minken is confident the City’s grant application to SGI will be successful.

“We’ve been successful previously,” he said. “So I’m hoping that we’ll be fine. It’s a good project in terms of the safety aspect of it. I would be pretty confident that would be one that would make the grade.”