Posted on 27 July 2022 by Matthew Liebenberg 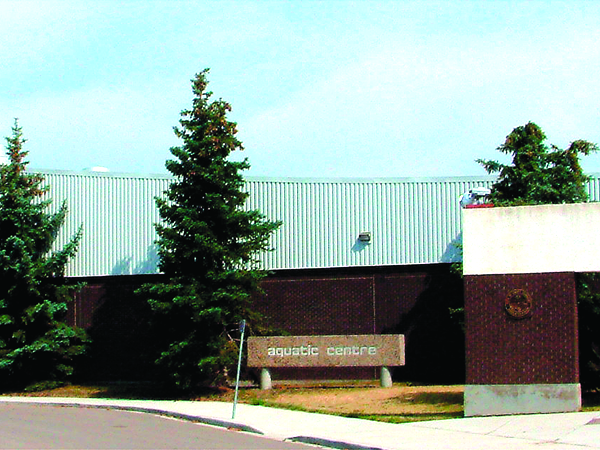 The current deteriorated state of the Aquatic Centre’s main roof means it will have to be completely replaced.

Swift Current council members awarded the tender for the supply and replacement of the Aquatic Centre roof system during a special council meeting, July 13.

The special meeting was called to approve funding for several projects. In the case of the Aquatic Centre roof replacement project, it was necessary to consider the request for proposal and award the tender within a specified time period.

“I’m so glad that this is going ahead,” Councillor Leanne Tuntland-Wiebe said. “A lot of the other residents that I’ve been talking to are going to be very happy about it.”

City General Manager of Community Services Jim Jones was pleased that there were five tenders for this project, varying from a low of $621,000 to a high of over $1.1 million. Three criteria were used to evaluate the bids, namely overall best value considering cost, schedule and methodology, and quality of the bid submission.

Council accepted the recommendation from City administration and awarded the tender to Duncan Roofing Ltd. of Moose Jaw at a cost of $658,260 (PST included, GST excluded), which is within the approved capital budget amount of $800,000 for this project.

“It has been expected when a building of that nature gets to 40 years old, we have to start putting some money into it,” he said. “And that’s why we were extremely pleased that we were able to get it within budget through Duncan Roofing out of Moose Jaw, because some of our bids were coming in at over a million dollars, which would have meant we would have to come back to council for upwards of $400,000 more to complete the same project.”

The project is scheduled to start on May 1, 2023 and the estimated completion date is July 21, 2023. The City was hoping the roof replacement can be done sooner, but it will not be possible.

“We thought we might be able to be getting at it right now, but the roofing companies are swamped right now with doing work,” he said. “Of all the five contractors, this was probably the earliest we were going to get it done anyway. They’re all busy, which I think is good for them and good for our economy, but we just have to wait a little while. So I’m sure we’ll be patching again, like we always have, and we might have a few leaks again until we get the new membrane put in.”

The main roof section covers an area of around 16,000 square feet. There had been several instances of substantial roof leakage in and around the pool deck area, which made it necessary to proceed with this project.

“There’s another portion that is still holding quite well, but this area was in bad need of doing it,” he said. “We’ve had some leakage around the pool deck and in some cases into the pool, but it was always when we had a freeze thaw situation. So that type of roof, when it gets to be 45 below and it’s on top of a big roof, the way that the Aquatic Centre is and a high roof, we’ve had some cracking that we haven’t been able to fill and we had it assessed by a company in Regina and they said we need to get on it right away.”

The City contracted iRC Building Sciences Group Inc. to do the roof condition assessment. The roof was redone in 2017 with a spray foam roof system that has a low life expectancy. The assessment report indicated the spray foam roof is showing signs of deterioration consistent with systems that have been poorly applied. The age of the roof, its condition and the presence of moisture in the assembly made the roof replacement unavoidable.

According to Jones the previous work done in 2017 was meant to be a temporary measure, because at that time there was still an expectation that the City will move forward with an integrated facility project. The focus has therefore shifted now towards making upgrades to the Aquatic Centre to extend its lifespan.

An overall assessment of the Aquatic Centre is currently taking place to determine other issues that might require attention and upgrading.

“So we should know by budget time again on some of the stuff that we need to do to keep it in good repair,” he said.

The original idea of an integrated facility has been scaled down to a smaller project for a multifunctional field house to accommodate soccer, volleyball, basketball and other recreational activities. The City submitted a grant application to the federal government in 2021, but it was unsuccessful.

“They have indicated that they’re going to come back out with some more dollars in the future and that we could upgrade our grant application, which we’re in the process of doing right now,” he said. “So we’re going to keep trying.”

The cost of the field house project proposal was $25 million, but a larger project that includes an aquatic facility will be even more expensive.

“Star City just put in a new aquatic centre and I believe theirs was somewhere around $37 million,” he said. “So that’s the difference between the cost of a field house and an aquatic centre. It’s big dollars and the only way that we’re able to do that is through grants from the government and we’ll keep applying and hope that Swift Current will get one of those grants in the future.”

The one project is located in the Saskatchewan Valley subdivision, where the grading of undeveloped lots and the construction of a drainage ditch must still be done. Two contractors submitted proposals, and the tender was awarded to Morley Johannesson of Preeceville at a total cost of $140,650 (10 per cent contingency and PST included, GST excluded).

Storm water system improvements are required for the West End commercial district, where a ditch system is used for water drainage. The drainage improvements will be implemented in a phased approach over four years.

The 2022 capital budget included $350,000 for the West End improvement project, but the actual amount required to complete the work will be $450,000. The higher cost is partly due to the need to relocate SaskTel and SaskEnergy underground utilities for the ditch construction.

The City will be able to cover this funding shortfall through the reallocation of $100,000 from the creek bank rehabilitation project, which will be carried out at a lower cost than the original budget.

Council members approved a motion at the July 13 council meeting to reallocate the $100,000 to the West End storm water system budget. They also awarded the tender for the drainage improvements to Knudsen Excavating Ltd. of Swift Current for a fee of $419,546.90 ((10 per cent contingency and PST included, GST excluded).