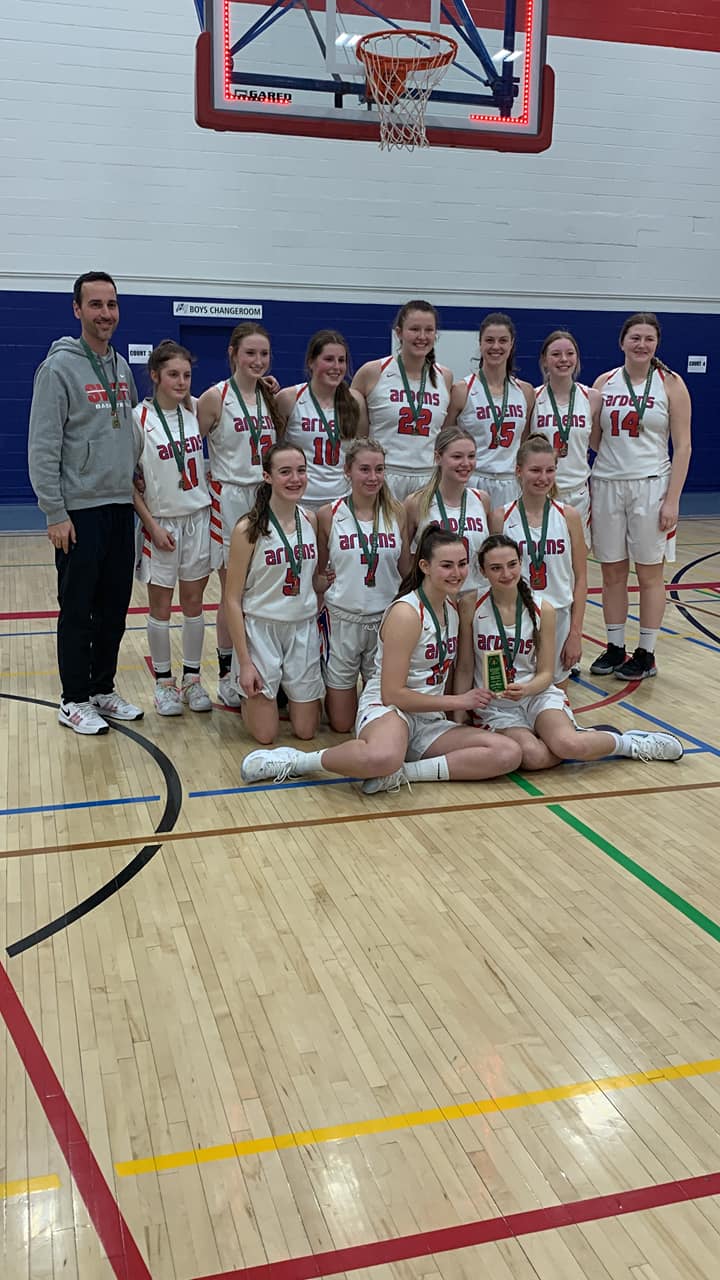 SWAC is having a milestone anniversary this school year.  The 2021-22 school year is the 50th Anniversary of the South West Athletic Conference.

#8 seed 1A Vanguard boys were in Coronach.  They defeated Fillmore on Friday night (83-63) and then battled #1 Coronach for the regional title and trip to the provincial championship.  Coronach was too strong, and Vanguard lost 106-69.

#5 seed Herbert boys played in Preeceville.  The Laurels defeated Davidson 68-35 in their first game.  That sent them to the regional final against #4 seed Preeceville.  In the final, Preeceville prevailed and ended the Herbert team’s season (56-35).

Shaunavon Shadows were the #5 seed at the regional in Regina.  They beat Langenburg on Friday (89-59).  That set up a final against #4 seed Regina Christian.  The Regina team is very strong and went on to defeat Shaunavon in the final 94-55.

3A Shaunavon girls had the unenviable task of taking on the #1 seed at girls’ regionals in Indian Head.  The team from Indian Head won 73-32.  That loss sent Shaunavon to the consolation game on Saturday.  The Silhouettes played Osler VCA in that game.  The score was very close at half time, but Osler pulled away in the second half and won 75-56.

Swift Current Sr Ardens hosted the 5A Rural Regionals.  They were the #1 rural seed coming into the

pitted SC against #4 North Battleford.  Swift Current dominated the entire game and won 66-34.  The semi final win earned them an automatic berth at 5A Hoopla Provincial Championship.  But the work was not done for the Ardens!  They played #3 rural seed Prince Albert St Mary in the regional final.  It wasn’t even close in the final; the Ardens took charge from the opening tip off.  Final score was 90-31.   The SCCHS Ardens are off to the 5A Hoopla Provincial Championship in Regina on March 24-26. They will square off against the top eight 5A teams in Saskatchewan.

Badminton season is well underway and dates for playoffs have been set.  Parents of athletes…please mark your calendars!

Practices can begin on March 28.  Blue Sectional meet is May 17, White section meet is May 18 and SWAC districts is on May 25. The SHSAA provincial championship (gr 9-12) is June 3/4 in Regina.