Posted on 16 March 2022 by Matthew Liebenberg 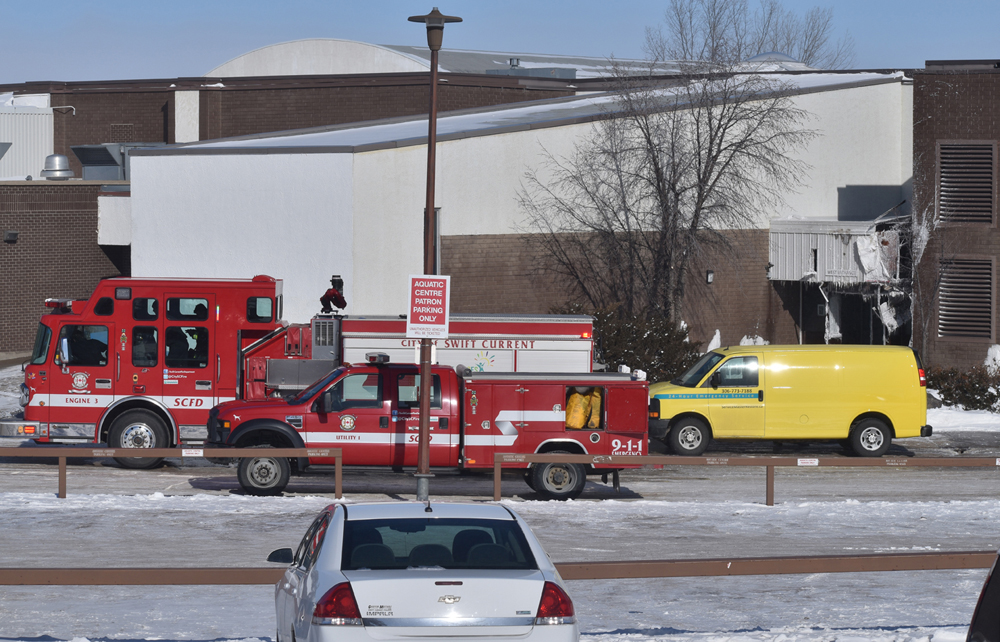 Emergency vehicles and a contractor vehicle outside the west entrance to the Swift Current Comprehensive High School, where the fire occurred on March 10.
Recent Posts
Recent Comments

The fire was discovered in the west school entrance in a building overhang, on the afternoon of March 10. The building was evacuated by school staff. Swift Current Fire Department Crews arrived at approximately 1:42 PM and worked to extinguish the fire, ultimately extinguishing the fire with minor damage to the building structure at 2:38 PM.

Swift Current Fire Department staff have since investigated the fire, and the probable cause of the fire was found to be electrical and accidental in nature.