Posted on 11 March 2022 by Matthew Liebenberg 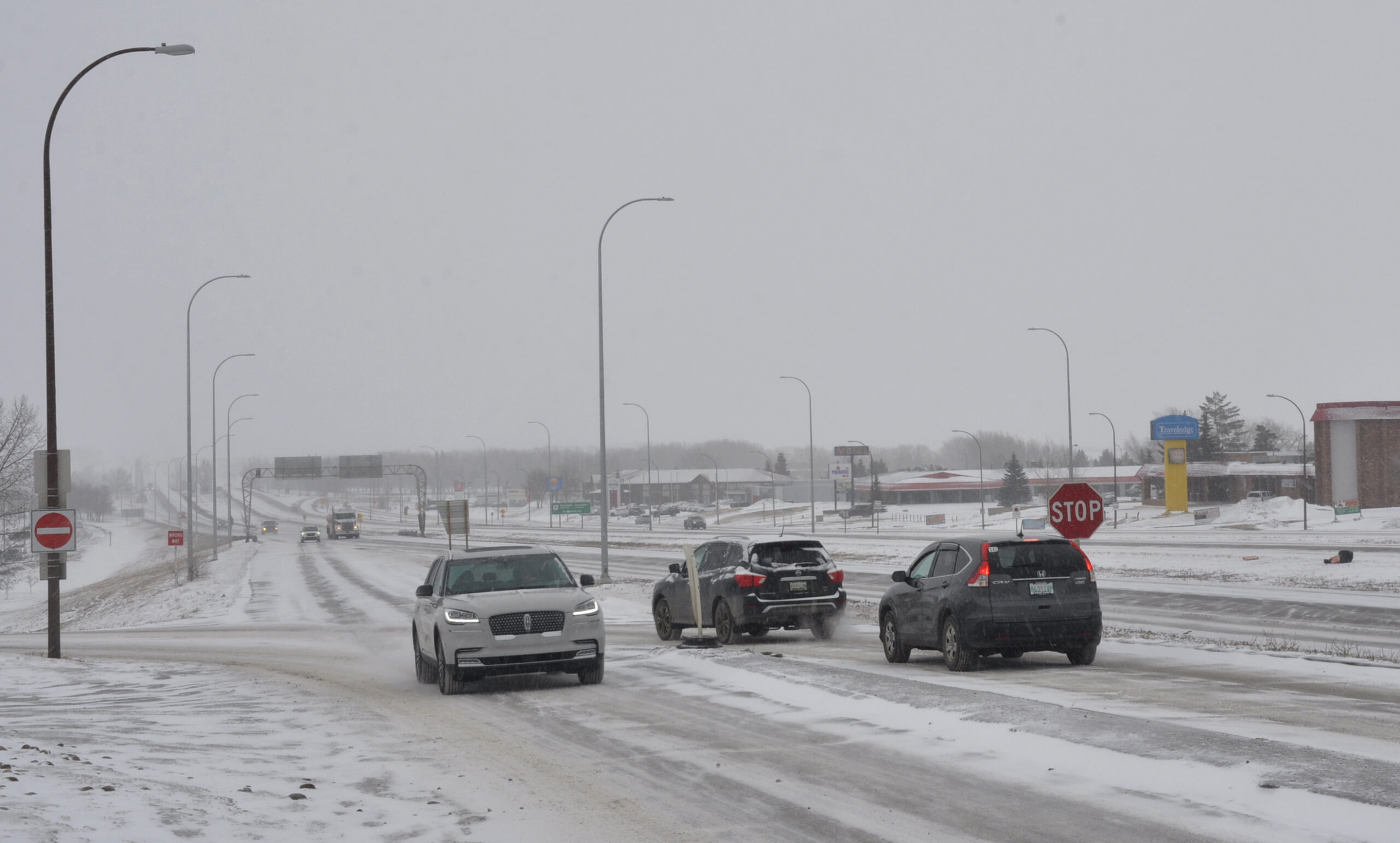 An off-ramp from the Trans-Canada Highway onto the North Service Road in Swift Current, March 3.
Recent Posts
Recent Comments

A regional transportation study for the Swift Current area is currently under way and area residents have an opportunity to participate in an online survey until March 14.

City of Swift Current Chief Administrative Officer Tim Marcus said the Ministry of Highways identified the need for the study.

“Highways likes to update their plans every so often,” he noted. “And with the City and the R.M. putting in new official community plans in the last few years with future land use and with all the anticipated growth areas, they thought that it would be timely to do a study on where they think the problems are going to be, based on highways in both the city and R.M. and what intersections could be an issue, and then they can update their plans going forward.”

“It’s a focus on the areas in the R.M. outside of the city as well,” he noted. “So it takes you out towards Gull Lake and then on the east side and to the north, both on Highway 32 and 4, and to the south on Highway 4.”

The public survey requests input from area residents about their destinations and road use in the area. It also asks for their opinion and concerns about road infrastructure in the area. Survey respondents can also indicate specific locations where they would like to see changes and improvements.

“They’re looking at the intersections both on the No. 1 and the No. 4 Highway as well as going out to Beverley,” Marcus said. “The study does base on traffic forecasts for short-term, medium and long-term horizons. It’s not saying that they’re not going to do anything until 20 years out. They’re asking what can be done in the short-term and so on, and they’re looking at every intersection that’s there. …They’re examining all those intersections and the space between it and what kind of traffic volume and type of traffic, whether it’s commercial or regular residential use that defines each of those areas.”

The survey format makes it possible for respondents to provide comments on specific issues or areas of concern.

“If you go through their survey, you’ll see they’re asking more on the connection points, but you have little bubbles that you can put your comments in and place them on the individual screens,” he explained.

The information from this survey will assist the study project team to understand and identify existing transportation challenges. This will make it possible to prioritize improvements for when future development takes place.

According to Marcus the City sees various benefits from this regional transportation study and the evaluation of the current situation.

“The biggest one is that as the city continues to grow, we all see some problems with increased traffic at some of the intersections or exiting on and off of the highway, and it’s nice to see how they would be willing to address that as it goes forward,” he said. “At certain times the traffic does stack up on the No. 4 by the No. 1 Highway where the intersections are and this will look at some long-term solutions as we go forward. If the city grows to 30,000, they’ll have to make some changes. They’ll have a plan in place at least as to what the change would be, based on the studies.”

A steering committee has been established for this project that includes representatives from the different partners.

This study will result in the development of a regional transportation plan that incorporates the current conditions of the transportation network and identifies future growth areas. The plan will address safety, congestion and capacity issues. In addition, there will be recommendations for future transportation projects to address the needs of the network as a result of growth and development in the area.

“If they have some recommendations in the study for short-term, they would do that in less than five years” Marcus explained. “The medium-term recommendations would be five to 10 years and then the long term is between 10 and 20. So if there are changes that would be on the short-term horizon, they would plan on completing those capital improvements in the next five years.”

Funding of future improvements to the transportation network in the area will depend on the nature of each project, but in some instances the Ministry of Highways might ask the City to be a financial partner.

“It would depend I guess on what the project is,” he said. “If we have a lot of development in the new Munro industrial park and they need to do something at the intersection where people come in and out of the park there or if they decide to put traffic lights there for instance, they might ask us for a contribution. If they’re just lengthening turning lanes, they might pay for it themselves. … A lot of the improvements on the No. 4 Highway they’ve made them themselves. They’ve kind of divided the highway. Anything they do on the No. 1 Highway itself they pay a 100 per cent of, and then if they decide that something is more or less joined, then they’ll ask for some contribution from the City.”

The deadline for the completion of the online survey is March 14. The link to the online survey can be found on the City of Swift Current social media pages (Twitter and Facebook). The survey link is also available here: https://www.saskatchewan.ca/government/public-consultations/swift-current-area-functional-transportation-planning