Posted on 10 February 2022 by Matthew Liebenberg 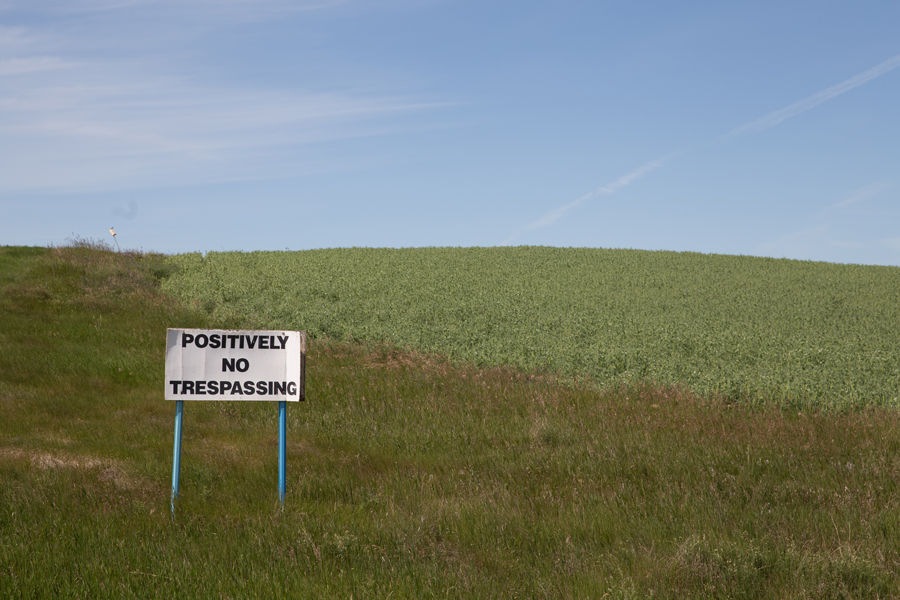 A group of landholders and Indigenous land users are expressing concerns about the impact of Saskatchewan’s new trespass legislation on treaty rights.

The Treaty Land Sharing Network (TLSN) is opposed to the legislation, which came into force on Jan. 1.

The TLSN is a group of farmers, ranchers and other landholders in the province who are committed to implementing the treaty relationship, including the sharing of land. The network currently includes more than 4,000 acres of land that can be accessed by First Nations and Métis people for gathering plants and medicines, hunting, and ceremony.

Joel Mowchenko, who farms near Mossbank, is a network member with concerns over the new trespass legislation.

“We’ve been trying to learn about the treaties and what do the treaties envision in terms of how we could share the land,” he said. “And we’ve been trying to look at ways that rural landholders can use the land to farm and have a livelihood and that Indigenous land users can use the land to practise their way of life, to hunt and to fish and to gather. This legislation sends the message that others aren’t welcome. It flies in the face of what the treaty envisions from our perspective.”

The amended trespass legislation provides legal clarification of existing laws and adds a number of significant changes. Previously it was the responsibility of landowners to post their land as a means to limit public access. The new legislation places the responsibility on those who want to access land and they are required to receive consent from landowners before entering the land. This consent can be provided in writing, electronically, online, orally, or through signage.

The provincial government introduced the changes to the legislation in response to concerns by rural landowners. The amendments aimed to increase legal protection against property damage and to address farmer concerns about the introduction of agricultural diseases to their land.

There are increased penalties for those charged under the new legislation, including a maximum penalty of $25,000 and imprisonment of up to six months for an individual. It also includes a $200,000 maximum penalty for a corporation for being complicit in a trespassing offence. The legislation makes it possible for property owners to take civil legal action against trespassers.

“I certainly understand the concerns of rural people about crime,” Mowchenko said. “I get it. I’m a farmer. People in rural areas have valid concerns about crime, about their safety, safety of their livestock and their property, but my response is that we already have laws against these things.”

He is not convinced the new legislation will do anything more to address those concerns, but it can be a step in the wrong direction on the road to reconciliation.

“There are laws against theft and property crime and threats to personal safety,” he said. “I really feel this legislation does nothing to add to that. It doesn’t do anything to protect property or personal safety, but there’s a completely separate issue here. As a society we’re trying to learn about reconciliation and I really feel this legislation negatively affects the rights of First Nation people. The treaty rights that they have to practise their way of life, to hunt and to fish and to gather and practise ceremonies.”

Joellen Haywahe, a treaty rights holder from Carry the Kettle First Nation, shares this concern about the new legislation.

“I’m actually a little bit concerned with the message that they’re trying to put through with it,” she said. “It’s confusing, because they’re trying to say that it doesn’t infringe upon on treaty rights when in fact it does.”

She has been feeling a bit more apprehensive to access any lands to collect plants for medicine ever since the incident that resulted in the fatal shooting of Colten Boushie in 2016.

“So I try and stick around our own lands and we always put down an offering,” she said. “We make sure that when we’re taking medicines, we take them properly the way we’re suppose to so that the growth keeps happening for the future generation. For myself, it’s just accessing the personal medicines that I need for me and my family. … But for my family that does hunt, the same thing. You put out an offering before you access the land, because that’s our food sovereignty, our medicines.”

She is also concerned about the impact that the sale of Crown land in Saskatchewan will have on land access for First Nation people. According to the TLSN the provincial government has sold nearly two million acres of Crown land since 2007. This will make public access to land even more difficult, because 85 per cent of land south of Saskatchewan’s forest fringe is already privately owned or leased under terms that exclude public access.

“We’ve been trying to convey this message and people are unaware of these Crown land sales going on,” Haywahe said. “We’ve tried to address this so many times, but it seems to go unheard. … We’re just trying to access the land for our food sovereignty, to gather medicines, to fish, trap, gather, hunt, our ceremonial ways, for any land-based teachings we need, because we know we still can access those lands.”

She therefore felt there is a connection between the sale of Crown land in the province and the new trespass legislation, because the private buyers of Crown land will be able to use this legislation to limit public access to land.

The Saskatchewan government issued a written response to an enquiry by the Prairie Post about the potential impact of the trespass legislation on treaty rights.

“The recent trespass related amendments were never intended to affect Treaty hunting and fishing rights and, indeed, by law cannot affect those rights,” the statement said.

The government response noted the Legislation Act in Saskatchewan already states that “No enactment abrogates or derogates from the existing Aboriginal and treaty rights of the Aboriginal peoples of Canada that are recognized and affirmed by section 35 of the Constitution Act, 1982.”

The government’s statement included further references to section 35 of the Constitution Act to highlight the existing treaty rights. In conclusion, the government response stated that “First Nations hunting and fishing rights are Constitutional rights that are set out in the Treaties and are protected by the Natural Resources Transfer Agreement of 1930. Whether First Nations people have a right of access to any particular lands will continue to be governed by the Treaties, the Natural Resources Transfer Agreement, and the court decisions that have interpreted those rights.”

Both Mowchenko and Haywahe disagreed with the provincial government’s position that the trespass legislation will not affect treaty rights.

“They’re stating that it doesn’t breach any of our treaty rights to exercise our right to hunt, gather, trap, fish on any lands, but this new no trespassing act clearly says that we have to ask permission to go onto lands,” Haywahe said. “I think it confuses everybody who read that.”

Mowchenko hopes the TLSN decision to express its opposition to the new trespass legislation will help to further dialogue about treaty rights and how to meaningfully give life to those rights.

“The treaties have never been enacted the way they were envisioned and we’re a long way from the situation that the treaties were meant to create,” he said. “So we need to take steps in a positive direction towards that and it’s going to be a long journey. … That is really what I’m hoping can happen going forward. That there can be a growing awareness of the treaties and of the rights and the needs of indigenous land users, and how we can build relationships and how we can send positive messages and work towards reconciliation.”