Swift Current site of support for the truckers convoys

Posted on 9 February 2022 by Matthew Liebenberg 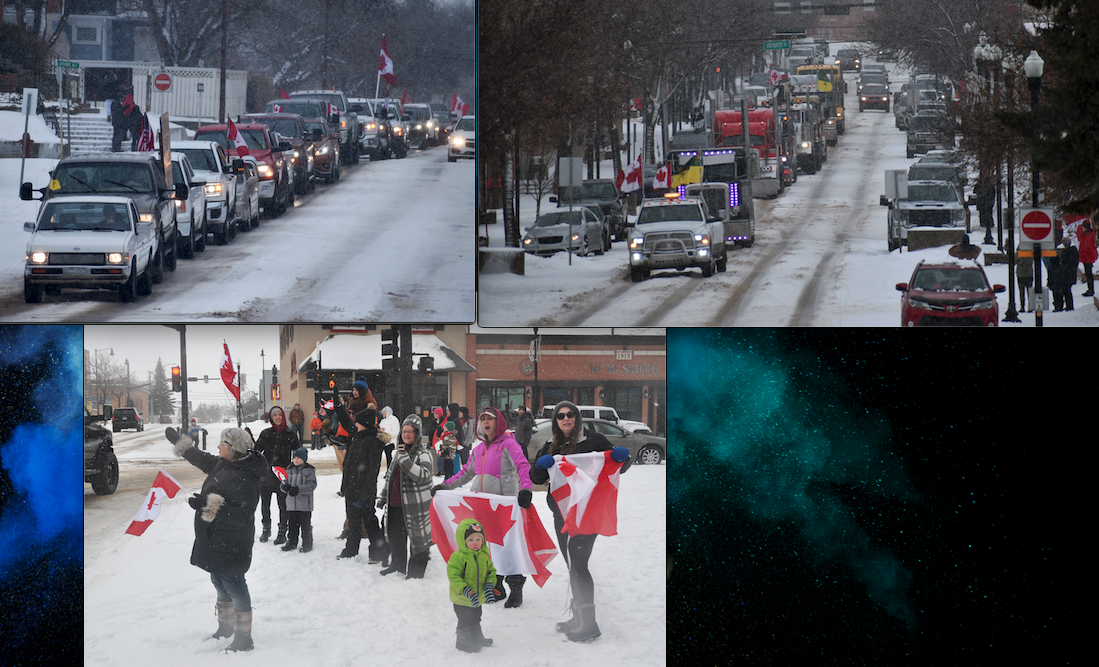 Supporters of the protests against COVID-19 measures and vaccine mandates participated in a parade of vehicles through Swift Current on Saturday afternoon, Feb. 5.

The convoy of semis, trucks and other vehicles gathered on the city’s west side and travelled along a circular route around the city that took them through the downtown area.