Posted on 2 February 2022 by Matthew Liebenberg 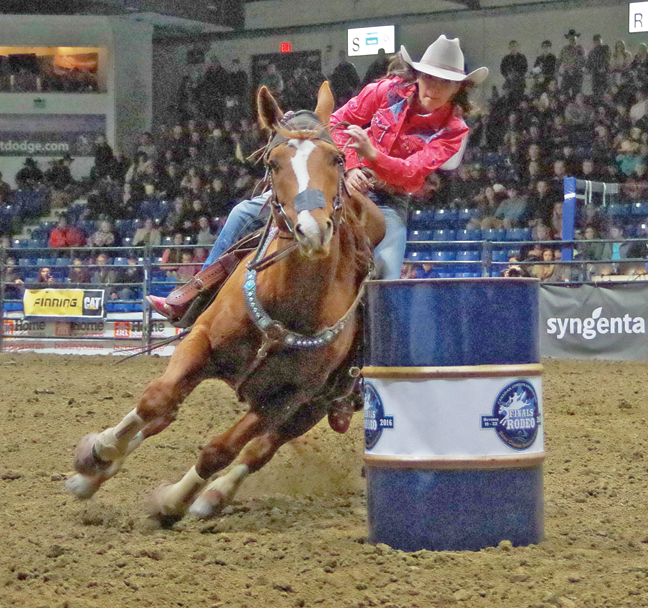 A major rodeo event will not be returning to Swift Current this fall after a decision by the Canadian Cowboys Association (CCA) to move the Finals Rodeo to Saskatoon.

The CCA Finals Rodeo was scheduled to remain in Swift Current until 2025, but the CCA decided to find another venue for the event after the City of Swift Current asked to renegotiate the terms of the five-year agreement.

“There was a clause in there that either side could, after every year, review and terminate,” CCA President Robin Poirier said. “They decided to terminate, which was a surprise to us. I guess we felt if they wanted to terminate our agreement, that we would go ahead and look elsewhere.”

The CCA announced on Jan. 25 that the Finals will take place at Prairieland Park in Saskatoon from Oct. 20-23.

City of Swift Current Chief Administrative Officer Tim Marcus expressed well wishes towards the CCA on their move to a new location.

“We’re disappointed that we won’t have the event in the future, but for the last six years it’s been a good event for the City,” he said. “We were happy to have the rodeo here and we wish them all the best of luck in the future in Saskatoon. If things don’t work out, we’ll certainly be willing to sit down and negotiate if they wish to return. We’re not upset over the fact that they’re going to try a different location for the next while. They have to look after themselves as an organization to ensure their continuity and if they think that this is going to benefit them and allow them to continue, then we wish them all the luck going forward.”

The CCA Finals Rodeo is one of the largest rodeo events in Canada with rodeo performances over several days, a trade show and other entertainment. It moved to Swift Current in 2016 after being held in Regina in conjunction with Agribition for the previous 11 years.

The event took place indoors at the Innovation Credit Union iPlex. The 2020 event was cancelled due to the COVID-19 pandemic and due to ongoing pandemic concerns the 2021 rodeo finals took place outdoors at Kinetic Park.

According to Marcus, the City felt there was a need to reconsider the terms of the agreement after last year’s event.

“Based on the last couple of years where the event was cancelled and then last year with the outdoor event, we served notice in September after the event that we wanted to renegotiate the agreement, which there was a clause there that allowed us to do that,” he said. “So we provided them a letter saying that we were terminating the agreement and wanted to renegotiate an agreement going forward. They said that they were disappointed in our stance and wanted to take some time to decide what they were going to do.”

There were no further negotiations between the two parties, and the CCA instead decided to find another venue for the Finals Rodeo.

“We had a very good relationship with the City, but due to COVID and changing of the mayor and so on, we felt it was maybe time to move on and go somewhere else,” Poirier said.

The CCA will be renting the facilities at Prairieland Park for the Finals Rodeo, but the organization decided to host the event on its own without any partnership.

“We’re pretty excited about going to Saskatoon,” he said. “One of the reasons we didn’t renegotiate is we have taken on our Finals without any partners. So we’re in total control, 100 per cent.”

The payout arrangements in the agreement for the hosting of the event in Swift Current was the reason for the City’s decision to terminate the agreement and to request a renegotiation of the terms. The agreement determined that the CCA received their monies first and thereafter payouts were made to the Ag & Ex. The City then received funds for the use of its facilities.

“If there wasn’t any money left over, then the City lost money, as it didn’t get any funds for the use of its facilities, which is all we were really after in the first place,” Marcus said.

The City felt it was possible to improve the arrangement through the renegotiation of the agreement between the three parties.

“We felt that it would be in the best interest for a better deal for all three partners,” Marcus explained. “So we wanted to renegotiate to seek a better deal for everybody involved, because the way the agreement was, the City was going to lose money on it and had lost a fair amount the last couple of years.”

The Finals Rodeo is the annual culmination of the CCA rodeo season and it became a major event in the fall in Swift Current. Marcus said the City will continue to look for opportunities to attract events to the city.

“We’re always looking at different events that come available that we can certainly enhance the utilization of our facilities and return some of the cost of running them,” he mentioned.

There will still be two large rodeo events in Swift Current this summer. The CCA rodeo circuit for 2022 includes the Frontier Days rodeo from June 30 to July 2 and Swift Current will also be the venue for the Canadian High School Finals Rodeo in August.

Marcus expressed appreciation towards all the sponsors, volunteers, and partners who helped to make the CCA Finals Rodeo a success in Swift Current.

Poirier also expressed appreciation on behalf of the CCA towards everyone who contributed to the Finals Rodeo over several years in Swift Current.