Leslie now the full-time GM of the Broncos 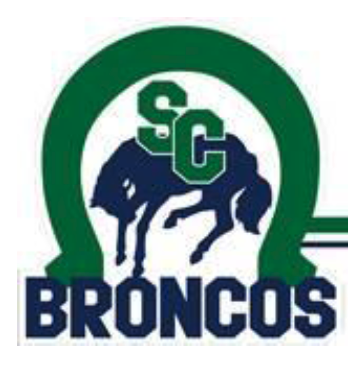 The Swift Current Broncos announced today that the interim tag has been removed from Chad Leslie’s title, and he has been named the ninth general manager since the return of the Broncos to Swift Current.

“Since Chad came to the organization, he has shown an aptitude for identifying skill,” said Broncos Board Chair Trent McCleary. “Dean thought very highly of him when he brought him on, and he’s come a long way since he first joined the team. It’s another step in his development and he’s earned the opportunity to be the general manager of the club.”

Leslie, from Elkhorn, Man., was named the interim general manager following the resignation of Dean Brockman on October 14. He had been serving as the assistant general manager since the beginning of the 2020-21 season, and was the Broncos Director of Scouting for two years prior.

“I am grateful to the Broncos Board for the support they have given me leading up to this opportunity,” said Leslie. “They are a passionate group of people working hard to make this organization a successful one, and I am honoured that they have put their faith in me.”

Leslie’s career in hockey management began with the Saskatchewan Junior Hockey League’s Estevan Bruins in 2008. He was initially hired to take notes during games and do some video work, which quickly evolved into him being hired as an assistant coach. After two years on the Bruins bench, Leslie and his wife moved back to Brandon, Man.

Leslie then joined the Virden Oil Capitals for the 2012-13 season, serving as the team’s assistant general manager for the next four seasons. He was also hired as a regional scout by the Saskatoon Blades for the 2015-16 season, spending three years there before joining the Broncos.

“The long-term goal here is to provide our players, coaches and staff with an environment where they can develop and advance into their careers,” added Leslie. “We want to be a team that competes, consistently shows up every night and provides our fans with an on-ice product they can be proud of and support.”

As a player, Leslie played three seasons in the SJHL from 1995-1998, scoring 117 points in 154 games with the Lebret Eagles, Flin Flon Bombers and Estevan Bruins.

“I am grateful to the fans for the support they have given me throughout the pandemic,” Leslie finished. “We feel a responsibility to them to work as hard as we can to provide a team they can be proud of. Right now, we are an exciting, young group to watch. I hope to see everyone come out and support the team in the second half of the season.”