Posted on 28 December 2021 by Matthew Liebenberg 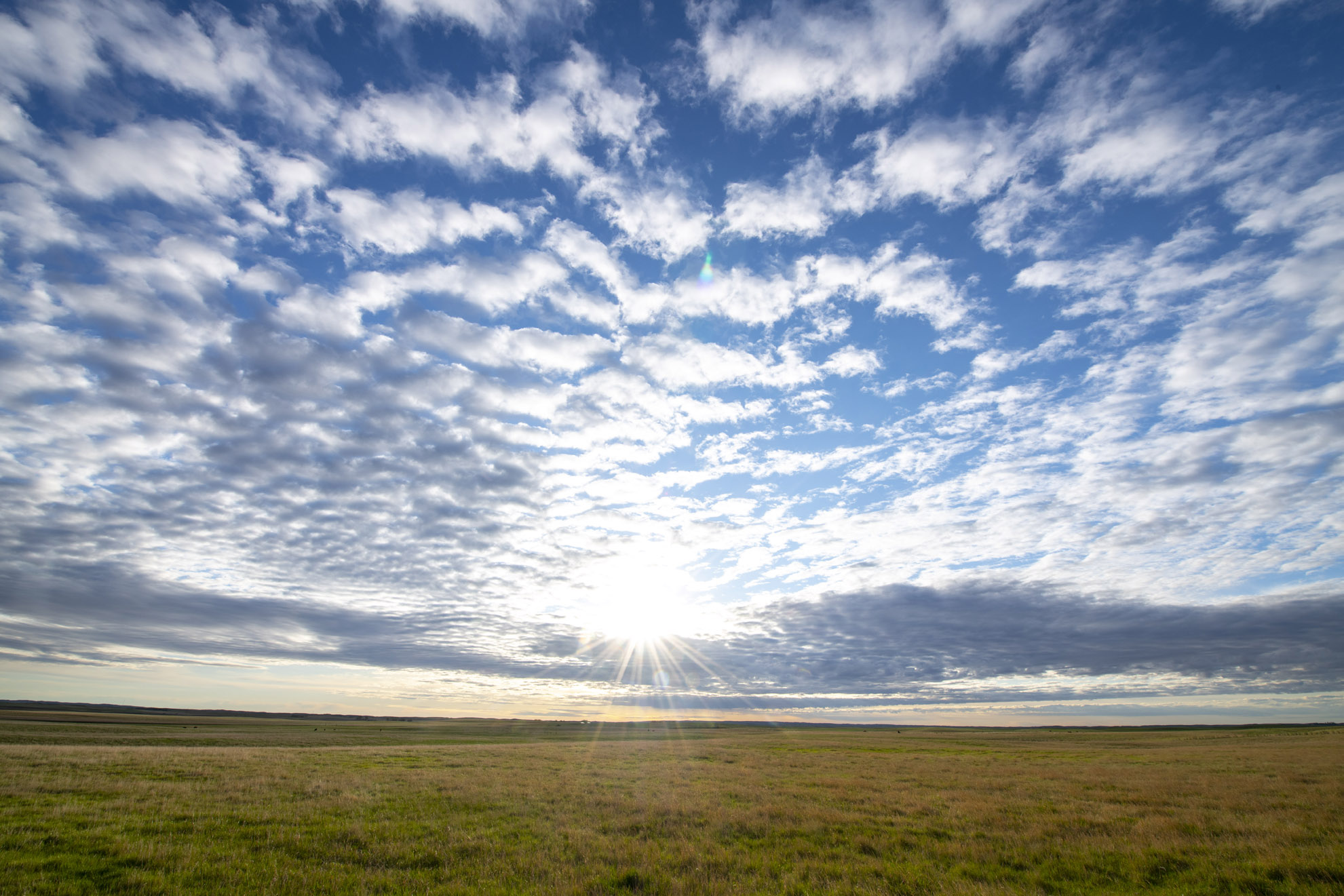 A new conservation site in southwest Saskatchewan provides diverse habitat for a variety of species along the eastern shoreline of Chaplin Lake.

The Nature Conservancy of Canada (NCC) has acquired 646 hectares (1,598 acres) for the Mackie Ranch conservation project, which is situated within an important inland location for migratory birds in North America.

NCC Program Director for southwest Saskatchewan Michael Burak said the conservation site’s position within a hot spot for shorebirds is one of the key reasons for this property acquisition.

“Chaplin lake itself is really well-known for being a hot spot for shorebirds, especially during spring migration,” he mentioned. “So Chaplin Lake, Reed Lake and Old Wives Lake collectively are considered to be of hemispheric importance, and that’s through the Western Hemisphere Shorebird Reserve Network. There are only three sites in all of Canada that have that designation, and the other two are on the east and west coast. So this is the only site located inland within Canada.”

The three lakes provide a large saline inland water body for over 30 species of shorebirds, of which some are endangered. Over half of the world’s entire population of sanderlings, a small wading bird, will use these lakes as a stopover to rest and eat on their way to the Arctic to nest.

“It sees a lot of traffic, especially in the spring from a lot of different species of shorebird,” he said about the area. “So that’s definitely a big part for us.”

The majority of the land that was purchased by NCC for this conservation project is native grassland, but a part of the site borders on Chaplin Lake. It can therefore provide potential habitat for shorebird species, such as the endangered piping plover.

“This summer we did see two or three pairs of them out there, not directly on our little piece of the shoreline that we now own, but on either side of it,” he said. So they’ll definitely be using that stretch of shoreline that we own as foraging habitat. … Then there’s other species that you do find pretty commonly out there that aren’t quite as tightly held to water specifically, but are still considered shorebirds. So that will be something like Wilson’s phalaropes, red-necked phalaropes, but also long-billed curlews are another kind of grasslands specialist and shorebirds species that we found out there.”

Several other features of this new NCC property gives the site added significance from a conservation point of view. Burak noted that the eastern shore of Chaplin Lake, where this property is located, has some really interesting sandy soil types.

“It’s probably one of the reasons it was never actually cultivated and converted to farm land,” he said. “Those soils have a different species composition that find it more suitable to use as habitat. Some of the grass species are a bit more unique than you find in other areas and just the sandy nature of the soil makes the groundcover a little bit different. It’s really suitable to some of the songbirds that are at risk that usually prefer areas with a bit more bare ground. So the chestnut-collared longspur is something that we saw out there in really high numbers.”

He referred to several more common species that occur on this conservation site. The sharp-tailed grouse, which is Saskatchewan’s provincial bird, was observed in fairly large numbers on the property. NCC staff found a couple of lek sites, which are open areas used by sharp-tailed grouse males to perform their mating displays for females.

“The shrubby kind of habitat that those sandy soils create, lends itself really well to create habitat for that species,” he added. “It gives them lots of nesting cover and thermal cover for the harsh winters.”

Both mule deer and white-tailed deer were seen during site visits by NCC staff, and two moose were observed on the landscape. Wildlife listed under the federal Species at Risk Act occur in the area, including chestnut-collared longspur and ferruginous hawk (both listed as threatened), as well as long-billed curlew (listed as of special concern).

“The general area, because it is relatively undisturbed as well, just lends itself really well to hosting a whole wide suite of different types of plants and animals,” he said.

This site will help to preserve Saskatchewan’s dwindling native prairie. The province lost more than 809,000 hectares (2 million acres) of native grassland over the past 25 years and less than 20 per cent remains intact. In addition, different types of wetlands are found on the property and this contributes more habitat diversity to the area.

“It’s a really interesting mix of both freshwater wetlands, where you find a lot of ducks and other kinds of amphibians, and then Chaplin Lake and some of the other smaller wetlands on the property are also quite saline,” he said. “That’s where you see those high numbers of shorebirds, also because those saltier wetlands tend to be really productive for small aquatic invertebrates. Things like brine shrimp is something that the shorebirds eat really high numbers of while they’re resting and refueling for the rest of their migration.”

He added that there are also a few pothole type wetlands on the NCC property. They are important for biodiversity and they provide suitable freshwater habitat for different species. In addition, it can be a water source for cattle on the property.

The NCC will continue to allow cattle on the property to graze the native grasslands as part of the conservation management of the site.

“Here in Saskatchewan and in the southwest in particular, almost all of our properties are either grazed by cattle or if the fencing infrastructure or the site specifics don’t lend themselves to grazing very well, they are usually cut for hay,” he said. “Our partnerships with ranchers and landowners are really important for our management. We can’t put a fence up around a piece of property and keep everybody and everything off of it and call that preserved or conserved. There’s a lot more that needs to go on to make sure the land stays healthy and functional.”

Grazing is an integral part of a healthy and functional grassland ecosystem, and cattle will be used for that purpose on this conservation site.

“Historically it would have been herds of bison that did that,” he said. “We now use cattle as a proxy for that process. The grasses need to get chewed down so that it can regrow, otherwise it’s just going to all get decadent and you’re going to have tons of buildup of dead grass and that’s going to impact your wildflowers, which will then impact your pollinators and it’s just a cascading scale.”

The NCC named their latest conservation project in Saskatchewan the Mackie Ranch property in recognition of the previous landowners.

“It’s actually been a family-run ranching operation for probably over the last 100 years or so,” Burak said. “The name of the property is a tip of the hat to this family that has owned the land up until now. They do continue to own the majority of the ranch still. They only sold a small part of it to us.”

The NCC became aware of the property while working in the area with the Western Hemisphere Shorebird Reserve Network.

“We realized we do have some landholdings around Reed Lake in particular, but nothing really around Chaplin Lake,” he said. “So we started to keep our eyes open for potential opportunities.”

NCC staff carried out baseline inventory fieldwork on the property this past summer to assess the current health of the grasslands and wetlands, to do an inventory of species, and to document items such as fence lines and other structures.

“The native grasslands that are out there are in really great shape,” he said. “Those sandier soils tend to be a bit more sensitive and can really easily be overgrazed and disturbed, and then can lead to issues that way, but these areas have been really well managed over the last number of years. And some of the areas of tame grass that we have out there look really nice. They’re normally cut for hay. This year, because of the drought, they were grazed as well.”

The NCC was able to purchase this property through the financial support of donors and partners, including federal funding provided by the Government of Canada’s Natural Heritage Conservation Program.