Posted on 16 December 2021 by Matthew Liebenberg 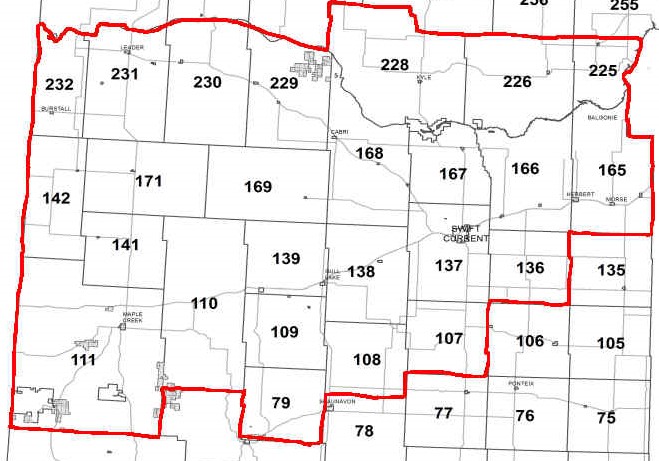 The Swift Current Creek Watershed Stewards (SCCWS) has initiated a new project to identify areas where native grassland can be re-established to the benefit of species at risk and the watershed.

“We decided to do it because of the correlation between improving habitat for species at risk and improving water quality,” SCCWS Executive Director Kevin Steinley said. “The more native prairie that gets established and is utilized properly, the better riparian area function is, which improves water quality and watershed health.”

The SCCWS successfully submitted an application for funding to the federal Habitat Stewardship Program for Species at Risk, which is administered by Environment and Climate Change Canada. The project is titled “Identifying native grassland habitat fragmentation for species at risk mapping and conservation planning.”

The project will be carried out in partnership with the South Saskatchewan River Watershed Stewards and the Nature Conservancy of Canada.

According to Steinley it made sense to partner with these organizations for practical reasons. The study area for the project includes rural municipalities of relevance to both watershed steward groups.

“Part of the reason we’ve partnered with them is in a lot of cases we have RMs in common and the areas that we’re looking at, which are south of the river and west and then a few north of the river in that Beachy area, are areas that are similar ecosystems to what’s in our watershed,” he explained. “In order to get a larger target area, we added those 10 RMs and partnered with South Saskatchewan. Also the possibility of sharing labour to do some of this and expertise were reasons why we partnered with them.”

The involvement of the Nature Conservancy of Canada will become very useful during the final phase of the project to create a conservation plan.

The initial goal of the project is to map RMs over a large area, of which 22 are south of the South Saskatchewan River, three are north of the river and two are east of Highway No. 4.

“Fifteen of the RMs are either in the [Swift Current Creek] watershed or were part of our agro-environmental technical services area,” he noted. “So that goes from Morse through to Maple Creek. The other 10 RMs are part of the South Saskatchewan River Watershed Stewards, who are partnering with us on this project.”

The goal of this mapping exercise will be to show the land use in municipality, whether crops, tame forage, native grasslands, wasteland, or other uses. Another layer of information will then be added to the land use to indicate the potential habitat for species at risk.

“It’s just sort of taking together collated information from a number of different sources into one to be able to put everything together and the ability to see areas easier,” he said. “That’s easier to prioritize our target areas.”

One of the information sources for the project will be HABISask, which is an online mapping tool with species and habitat information created in 2016 by the Saskatchewan Ministry of Environment. The species of risk habitat of interest to the SCCWS project includes the burrowing owl, loggerhead shrike, ferruginous hawk, sprague’s pipit, little brown myotis bat, and northern leopard frog.

The next step in the process will happen next spring and summer, when field appraisals will take place to verify the details on the maps. This phase of the project will include the use of information from breeding bird surveys, migration surveys and population counts to determine the extent of different species in the study area.

The final step in the project will be to use the information gathered to complete a conservation plan that can be used to improve habitat for species at risk.

“We’ll be able to identify the areas where there is the fragmentation and where seeding native prairie or re-establishing native prairie to fill in those gaps will have a benefit to the particular species at risk,” he said.

This plan will be useful to support the activities of the SCCWS and to highlight the benefits of seeding areas to native grass during interactions with ranchers and landowners, especially in areas that are more marginal for other uses.

“There’s value with just owning habitat,” he said. “I think in the long run we’ll see more cattle producers definitely being interested in this to expand their grazing potential. … Probably the ultimate end product of this project is to have information to take to not just to producers, but to all of our stakeholders to show that there is a plan to do this and this is what it looks like.”

Such efforts to promote the seeding of land with native grass will not only be a benefit to species at risk and help to increase an area’s biodiversity, but it will also have long-term benefits for the health of the watershed.

The spatial scope of this project makes it one of the largest initiatives ever undertaking by the SCCWS and the conservation plan will help the organization to achieve a key long-term goal to improve the watershed through improvements to habitat.

“I think maybe it will also provide some opportunities to identify possible further funding opportunities, both for ourselves and producers, because there is starting to be funding available through the government or through certain foundations to re-establish native grass,” he said.