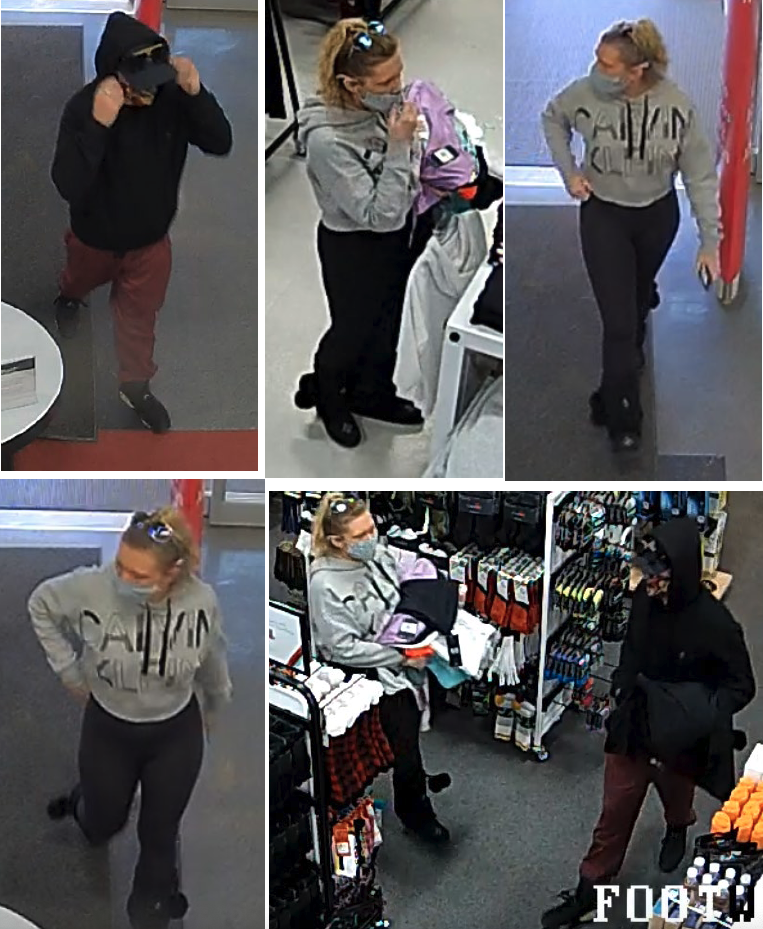 The Swift Current Municipal RCMP are seeking assistance in identifying a male and female involved in a theft of clothing from a business in the 1700 block of Memorial Drive in Swift Current that took place on November 11th, 2021 at approx. 1:00 PM.

The male is described as:

Female is described as:

Both suspects left in a dark grey Ford Escape with no licence plate. Photo’s attached.

Anyone who may have any information on this matter is asked to contact the Swift Current Municipal RCMP at 306-778-4870 or Crimestoppers.