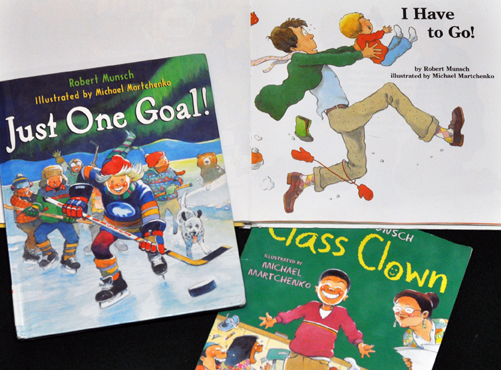 The funny and imaginative stories of popular children’s author Robert Munsch will be a perfect way to get in the mood for spring when the Lyric Theatre hosts Munschapalooza in March.

Tickets are now on sale for a production of eight Munsch stories that will take place at the Lyric Theatre in Swift Current during nine live theatre performances from March 17 to 27.

It will be the third time the Lyric Theatre will host a production of Munsch stories. As was the case with the previous performances, this latest production will feature an entirely different set of stories coming alive on the stage.

“The families love it, children love it, we love doing it,” Lyric Theatre Artistic and Executive Director Gordon McCall said. “The great thing about Robert Munsch stories is they all teach little lessons in very entertaining ways and the kids want to see them over and over. … These are all new stories in terms of the children not having seen them on stage yet. So it will be another new experience for them.”

The previous two productions of Munsch stories by the Lyric Theatre were performed during the Christmas season in 2018 and 2019.

This time it is called Munschapalooza and it is taking place a little later than planned due to the COVID-19 pandemic, which made it necessary to reschedule the production. The intention was to have the production in late January, but out of caution it was postponed until March.

“We feel that this time we should be able to put it on,” he said. “That’s why it’s moved into March to give us a chance to be approaching spring. … It will go back to December next year, but before we’re completely into the summer I wanted to give it a chance, because there was some anticipation by the kids to see it. So we don’t want to disappoint.”

The eight Robert Munsch stories that will be performed on stage during this production are Class clown, Pigs, We share everything, I’m so embarrassed, Just one goal, Too much stuff, I have to go, and Seeing red.

“We found that honestly the children could see 20 and be happy,” he said. “So we don’t have any fear of losing their attention. Each story is different, but they all have the same kind of character to them, because Robert Munsch wrote them, and we think it’s a great. The kids will go home feeling that was great and that they saw enough. This should be a pretty good number for them to see.”

Each show will feature all eight stories and the different characters in the various stories will be played by a cast of five actors.

“Everybody plays many roles,” he said. “The fun of it for the actors is they get to play a bunch of different characters.”

This production offers a great opportunity for participating actors to display their talent and flexibility to perform different roles.

“In one story you may be playing a small role, in the next story you’re playing the main role, but you’re in every story,” he said. “So the actors love doing it. We have a great deal of fun in the rehearsals, inventing how we’re going to present each story. It’s a great time.”

These performances will be fast paced with a lot of movement and action to keep audiences entertained.

“These characters have to be played with a sense of reality and three-dimension, and our actors do that,” he said. “I direct them to do it, and how to do that. … It’s fast moving and you have to be in some kind of shape to do this, because you’re going to be moving as an actor from the beginning right through to the end, and you really don’t leave the stage except to do a costume change. Nobody sits it out at all.”

McCall will also face an interesting challenge in his role as director and producer of Munschapalooza, because the transitions between the stories need to be carefully planned.

“There’s a lot of what I call stage movement choreography that I create with the actors to make that part of the entertainment as well,” he said. “So that’s a fun challenge. … I set a time limit on the scene changes so that we work toward it and we celebrate when we hit it with the stop watch, because it’s choreographed and rhythmic. The whole evening has to be in rhythm, because children are very tuned in to rhythm and we don’t want to leave them outside of that rhythmic journey.”

He will also take care of the set design, costumes, props and sound, but he will do it in collaboration with the actors.

“We’ll say what are we going to do here, here’s some ideas, let’s try this, what do we think, and then if we don’t think it really hits the mark, we’ll try a different approach to it,” he explained. “And one of the fun parts of the rehearsal is we do a shopping trip through town. We don’t have a lot of money, but we go to every place you can think of in one afternoon and shop for the whole show. We’ve collected some costumes and props over the years now. So the shopping trip will require less, but each story sometimes has very unique things that it needs.”

The Lyric Theatre’s current COVID-19 policies and procedures will be in effect for these performances of Munschapalooza. There will be no concession available at the shows. Adults and children will be required to wear their masks throughout the show. In addition, adults will need to show personal identification along with proof of double vaccination or proof of a negative PCR test within the previous 72 hours.

McCall requested those who have purchased tickets for the previously scheduled performances to also contact the Lyric Theatre by e-mail to ensure their seating arrangements are confirmed for the March performances. They can send an e-mail to thelyrictheatre@gmail.com