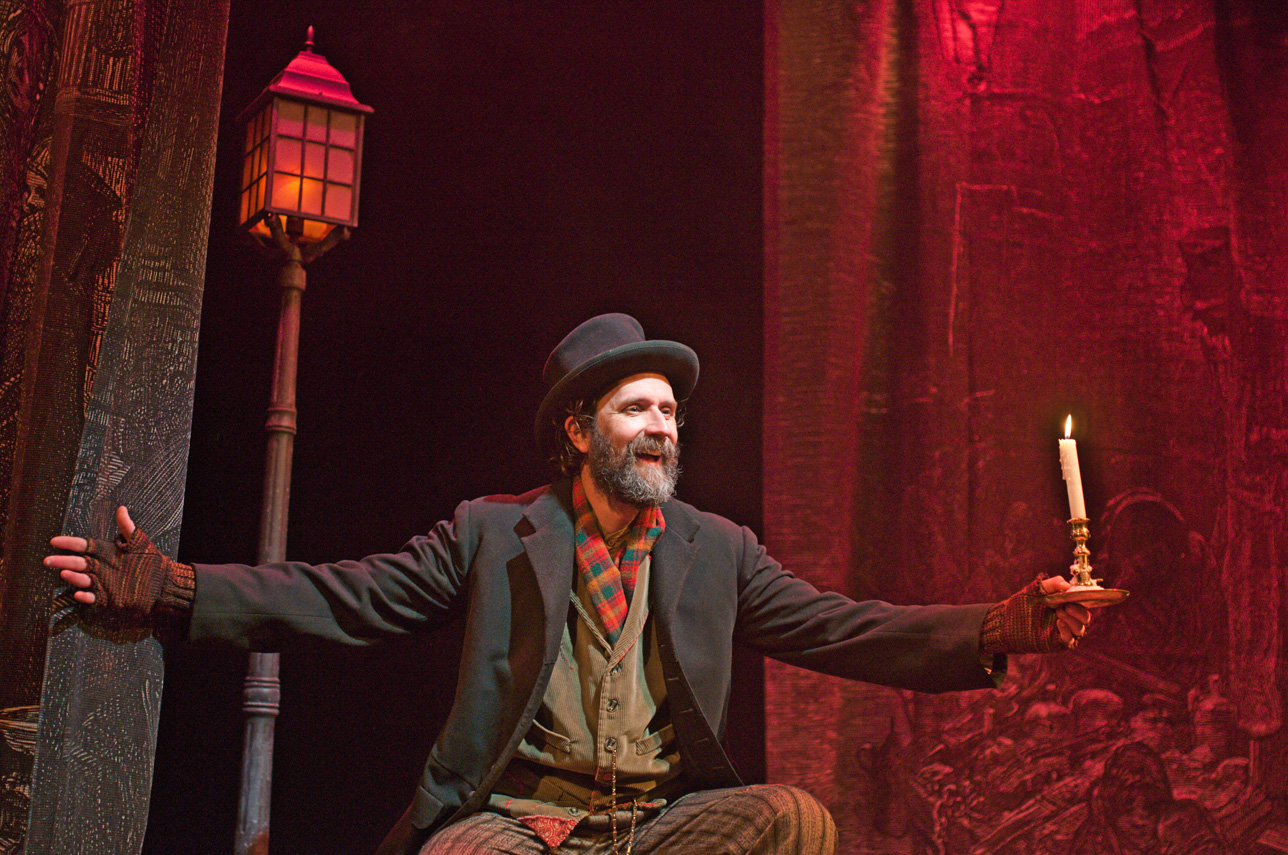 With the return of indoor performances to the Rosebud Theatre with their one man performance of A Christmas Carol, the theatre has been hard at work to ensure that guests leave only with new memories, and not a confirmed case of COVID-19.

“We do have the Alberta exceptions program in place. So that means that when patrons come in, they have to either have proof of full vaccination, or they have to provide us with a negative COVID test within the past 72 hours,” said Josie Kaip, Marketing Assistant with Rosebud Theatre. “And that’s both at the mercantile, which is where you get the dinner, and it’s also at the opera house for performances, as well as the studio stage, which is where our student show will be playing in a couple of weeks as well.”

Masks are also required when not seated at the tables in the Mercantile, as well was during performances in both the Opera House and Studio Stage, said Kaip, but it’s well worth it to see a revival of last year’s show, which was unfortunately cancelled after 2 weeks due to new health restrictions being put in place.

“A few things made us decide to do this show again. Number one, there were people that were booked in to see it, and then we had to cancel it. And so to be able to put it up again, so that more people can get to see it was a big part of the reasoning,” said Morris Ertman, director of  A Christmas Carol. “The other part of the reasoning is, you know, what better show to see at Christmas time, then, you know, the classic Christmas Carol. And this one allows us to be able to do the show, economically, but with a powerhouse of an actor. And, and I think a lot of a lot of visual magic that the designers have brought to the show. And, and really deliver the play in a way that lots of people won’t. Lots of people will not have seen it this way. You know, because I think that Christmas Carol is a family tradition that has been around for a long, long time now, both at Theatre Calgary and at the Citadel Theatre in Edmonton. And they will be there again, of course, but this delivers the story in a more intimate fashion. And so I think, I think it’s a new way of seeing the story. And so I think that was the reason for doing it again. And, man, we just got going last year, and we had to shut it down. So it feels like we were like Nathan was robbed of the opportunity to really live it out.”

This second chance has been a blessing for the show, however, said Ertman, with the chance to further polish Nathan Schmidt’s performance as the Storyteller.

“The show that’s there right now, compared to the show that was there last year. I think it’s you know, it’s like we’ve heightened the show that much more in the work that we did in the last couple of weeks rehearsing. And we could go for, in the words of CS Lewis, further up and further in with the piece,” said Ertman.

While the opening night was slow, Ertman suspects that they will see an increase in people coming soon.

“We’ve been in conversations with, you know, our fellow theatres in Calgary and Edmonton and elsewhere in Alberta. And even in the country.People are just re entering the theater, re-entering what is effectively a big social venue. They’re just being careful. And so, the opening weekend wasn’t as full as we would have liked it to have been. But the phones are ringing. And the word of mouth is really great. So because of the limited seating, we only got 120 seats per show. limited capacity. People probably want to get their tickets soon. I think towards the end of the run, in a couple of weeks time, come December, tickets are going to be going out the door because people will realize they’ve got to get there and they’ll miss it.”

Despite some people moving or otherwise changing paths over the course of lockdown, it was simple enough to get the show together, said Ertman, partially due to the fact it had been done in the previous years and they knew exactly what would be needed to make the performance happen. The lighting designer, Michael K Hewitt, came in all the way from Vancouver to make adjustments and bring this re-introduction to the Rosebud Opera House back to life.