Posted on 8 March 2021 by Contributed 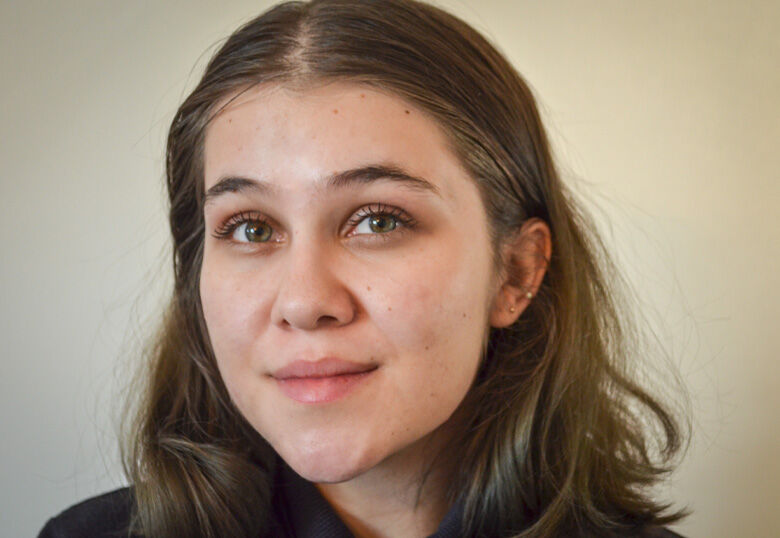 University of Lethbridge Dramatic Arts student Jessica Syratt is the winner of the 2021 Play Right Prize competition for her entry, The Evening Comes.

Syratt’s play was described by the competition jury as, “a poetic, spiritually rich, three-woman rumination on the common experience of grief and loss through different ages and time periods. Beautifully structured, layered with song and ritual, and authentically moving, the play exhibits a mature understanding of the power of language to express, share, and hopefully to heal, profound sorrow.”

For her win, Syratt receives $1,500 and her play will be featured at a virtual play reading on Thursday, April 8.

The play will receive support from drama faculty member Justin Blum who will work with Syratt on the process of taking the written play to see how it would unfold on stage.

“Receiving this award is a huge honour,” says Syratt. “Playwrighting is something I very much enjoy, and to have the chance to share my work, and for it to have had an impact is a huge encouragement to keep growing and learning as an artist.”

Second prize in the competition, receiving $750, went to Daylin Chase. Her entry, Neosapien, tells the story of two scientists trapped in a world of their own making. The play imagines a world where the need to solve food insecurity pushes two scientists to skew their morality and ethics. Well-crafted characters and rich dialogue left the jury with a lot to chew on after reading.

“As someone who often spends hours daydreaming about being a writer and not doing any writing, I would like to personally thank the Play Right Prize for providing me the motivation to finish a one act play as well as the opportunity to submit it for such a prestigious award,” says Chase.

Avery Olson receives third place and $250 for her play, Two Women on A Bench in the Middle of Winter, which tells a dramatic story that intelligently blends the recognizable reality of young women living in contemporary culture with the timeless quality of myth.

Vic and Bella are friends, intent on escaping the traumas of their everyday lives. Brought to a park bench by a mysterious figure, when things don’t go as expected they discover that it doesn’t take much to go from thinking about ending it all to fighting for their lives.

“It’s a bit ironic for a writing prize, but I truly don’t have the words to express what an honour it is to have placed in this competition â€” especially alongside some incredibly talented friends,” shares Olson. “I’ve been writing for as long as I can remember, and I’ll take this as a sign I’m doing something right.”

Since 2008, Terry Whitehead (BA ’94) has been inspiring future playwrights through the Play Right Prize, awarding $2,500 annually to student playwrights and highlighting the winning entries at a public play reading.

The 2020 public reading was scheduled in the weeks after the COVID-19 shutdown, and to honour last year’s winning playwright, Quinn Larder, both the 2020 and 2021 winning plays will be read at the virtual reading. The event is open to the public and free to attend with no registration required, Thursday, April 8, 6 p.m. via zoom (https://uleth.zoom.us/j/94499868694).

The 2021 Play Right Prize jury was made up of drama faculty members Drs. Shelley Scott and Justin Blum, and Trevor Rueger from the Alberta Playwright’s Network who will provide dramaturgical support to the 2nd and 3rd prize plays.