Bandits participating in the Government of Alberta’s Restriction Exemption Program

Posted on 22 September 2021 by Contributed 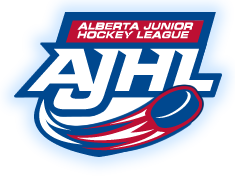 The Brooks Bandits of the Alberta Junior Hockey League (AJHL) will be participating in the Government of Alberta’s Restriction Exemption Program (REP) until further notice, the team announced on Tuesday.

To access the Centennial Regional Arena for Brooks Bandits games and the 2021 AJHL Showcase, people ages 12 and over will be required to show a government issued ID along with one of the following:

– Proof of at least one vaccination (two weeks prior to the date upon entering the building, until October 25 when 2 vaccines will be needed).

– Proof of a privately-paid negative test result taken within 72 hours of test.

– Documentation of a medical exemption from an accredited medical professional.

Masks are mandatory inside the CRA at all times unless eating or drinking.

This program will allow the Bandits to operate at full capacity and will ensure the team can participate in a full season.

Last week, the AJHL indicated that all teams will be operating under the REP.

Anyone who purchased a 2021-22 Season Ticket or AJHL Showcase tickets who would like to cancel their seats as a result of this policy can contact the Bandits office at 403-501-0122.

This policy does not prompt the Bandits refund policy as no games are being cancelled, but the organization will allow season ticket holders to convert their seats into an online ticket account credit for future season ticket purchases. Credits are not transferable, but please note that tickets are transferable.

The Bandits ask our supporters for patience and understanding.