Darcy Geigle, former reeve of Cypress County, passes away at 54 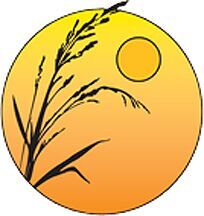 Friends of the 54-year-old, who had been reeve of the county in the early 2010s, said Geigle had finished harvest Aug. 27 but had a “medical episode” the following Sunday morning.

The two met on the first day of Grade 1 at Irvine School, and both served with the county council with Geigle representing Ward 2 of Irvine/Walsh.

Geigle, pronounced “guy-glee,” farmed about 3,000 acres north of Irvine and kept about 100 cattle, but farming was “his pride and joy” said Betcker.

“He was very community-oriented and county-orientated.”

At council meetings, Geigle was rarely the first to begin debate on an issue, and only rarely challenged his council mates. Rather, he often asked for information, or point of clarification, then took the conversation in another, but usually important direction.

Betcker said that was his style: to be well informed, listen, form an opinion, then express it.

“I’ve seen his agenda packages from council meetings and he’d have notes scribbled all up and down every page,” said Betcker. “He was very analytical, very thoughtful. He never flew off the handle. I mean, I never heard of anyone not liking him, and it’s not hard to be hated in that job.”

Away from the council table, Geigle was known to sneak into the parking lot for a cigarillo with members of county staff and had a distinctive but almost silent laugh that was better described as a giggle.

Current Cypress County officials declined to comment directly on Geigle’s passing “out of respect for his family.”

He was married and had two adult daughters.

A statement reads that Geigle was “kind, generous, and made a significant impact on Cypress County, serving his community with distinction. Councillor Geigle will be sorely missed by his fellow councillors and county staff.”

Geigle was first elected in 2004 and spent seven years as reeve, a position elected by vote among council members.

Speaking about his re-election bid in 2017, he told the News that he hadn’t missed a meeting in 13 years, and, helped bring new regional potable water lines to Irvine district.

“My rate payers have done well in the past four years, but it was our turn,” he said. “As a county you have to look after everybody the same.”

“People here know who I am and I’m pretty sure they know where I stand on things.”

Owing to the proximity to the October 18 municipal election, the Ward 2 seat on Cypress County council will remain vacant until it is filled at that time.