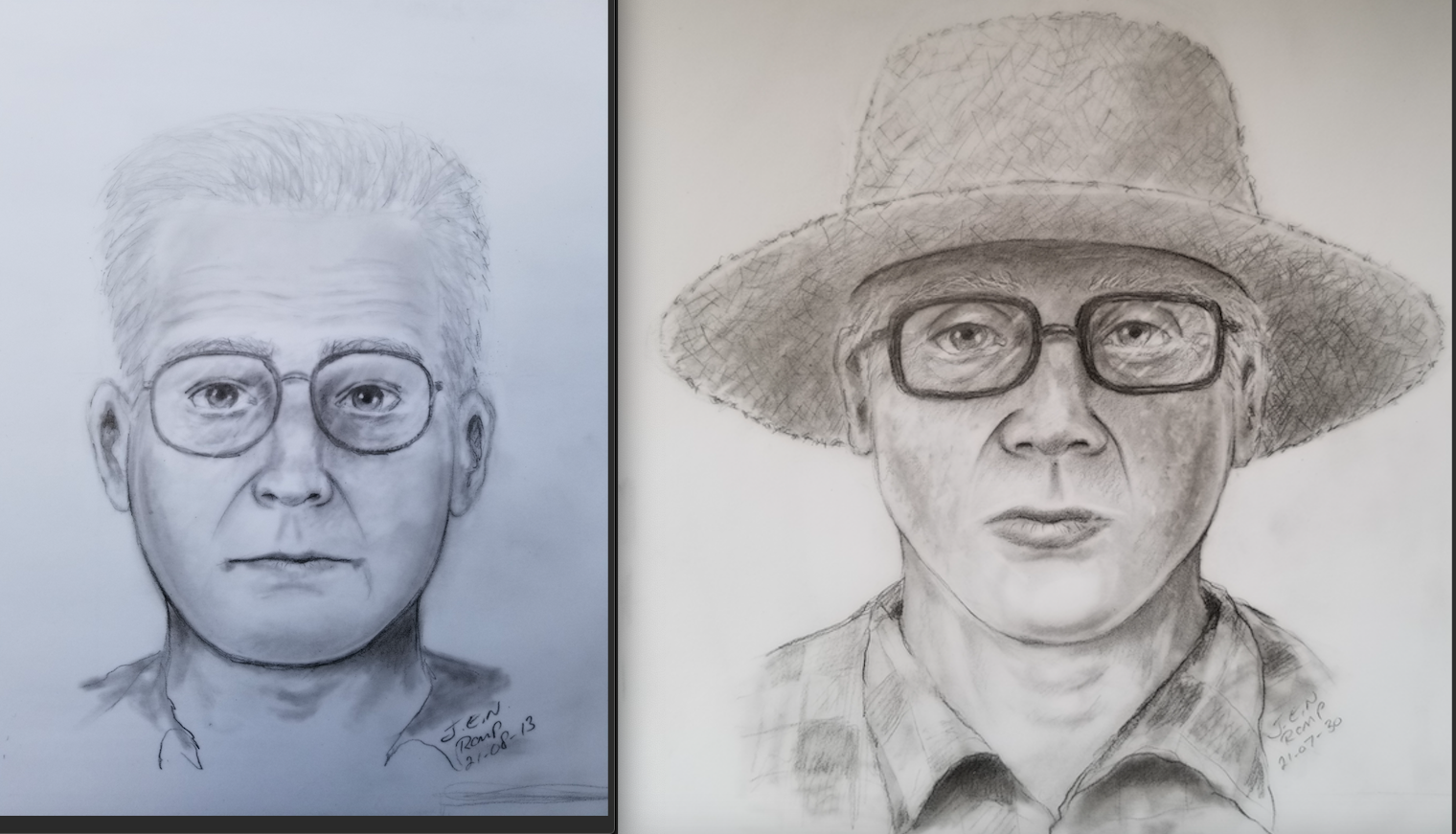 On July 28, 2021 at approximately 11:15 a.m., Gleichen RCMP responded to a complaint of child luring on Gleichen’s Main Street.

Preliminary investigation has revealed that an unknown elderly male approached a 13-year-old male and offered to pay him money for sex.

Investigators have been unable to locate the suspect in which he is described as:

The suspect was seen driving a newer light colored GMC pick up truck with after market lights.

On Aug. 9, 2021, Blackfalds RCMP received a call where between 6 p.m. and 8 p.m., a male in a vehicle on Oak Street, had approached a 7-year-old female on a bicycle and told her to get into the vehicle.  The child ignored the male, turned onto a cross street and returned home.

The suspect was described as:

The suspect was reported to have been driving a red SUV or pick-up truck.

RCMP cannot confirm whether these two incidents are connected, however we do acknowledge that there is a resemblance between the two composite sketches of the suspects.