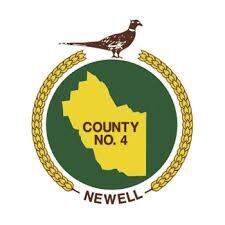 A redistricting of County of Newell electoral boundaries is being rejected by an Alberta court after legal action was taken by two rural residents.

Late last year, County of Newell council passed a bylaw which would have realigned electoral boundaries while also reducing the number of councillors and divisions from 10 to seven.

But in his ruling dated June 30, Queen’s Bench Justice Thomas Rothwell ruled the bylaw didn’t comply with regulations set out by the Municipal Government Act.

Rothwell agreed with the arguments set out by County of Newell residents Donald and Kathleen Jacobson’s lawsuit, namely, that insufficient time was made available to launch and serve a petition from residents against the move.

The move to reduce the number of councillors and realign divisions was an effort by council to equal out the number of electors per councillor to an average of approximately 1,070.

The move comes after an attempt to amalgamate Newell County, Brooks and Bassano came under heavy criticism that eventually led to dissolution of the working group tasked with joining the municipalities in 2019.

One of the goals of amalgamation was to address the number of elected representatives and collective costs for the region, which has 32 councillors for a population of 25,000 under five different administrations, officials said at the time.