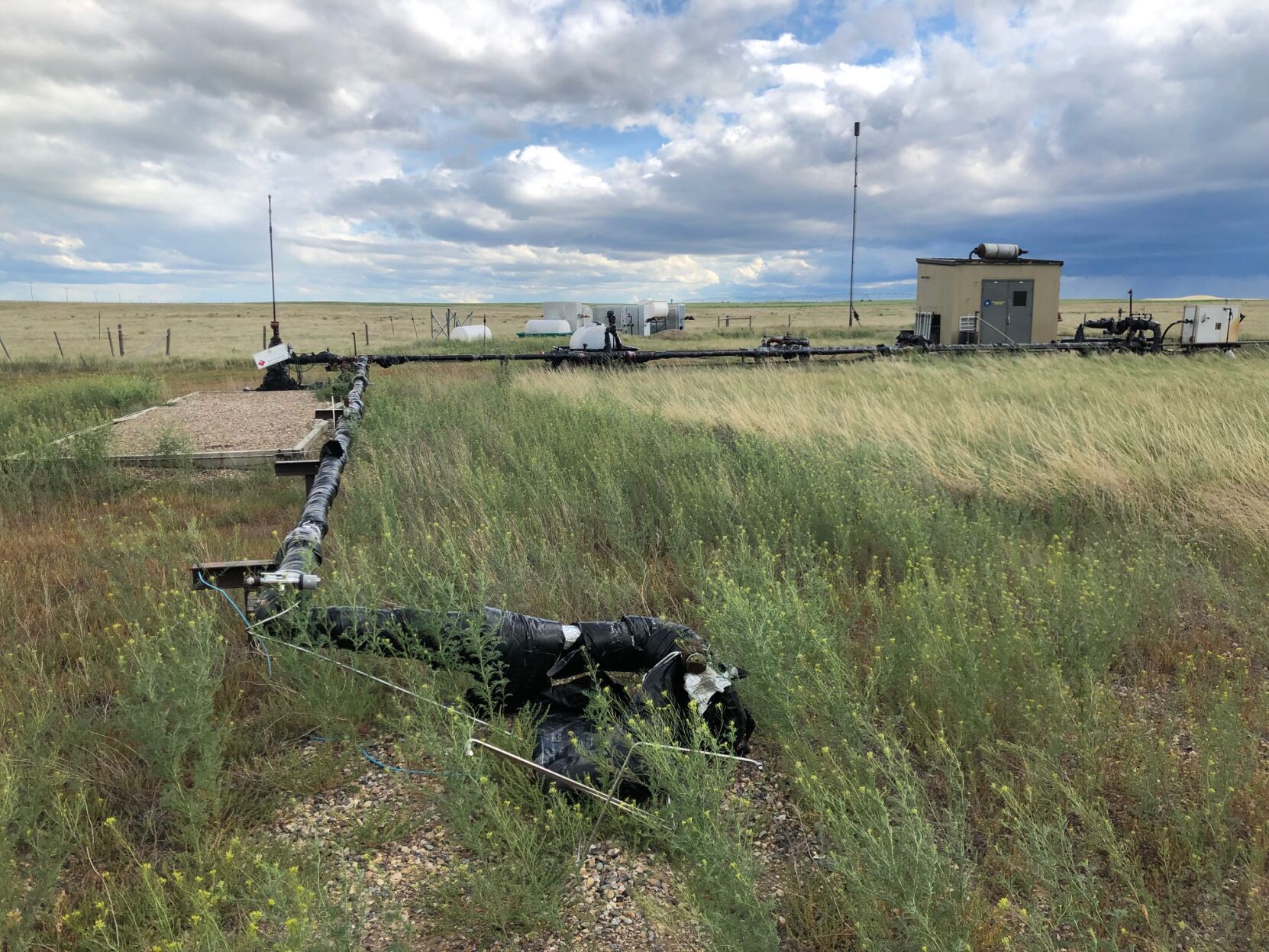 Abandoned oil and gas well sites in and around the MD of Taber. The cleanup of these sites should be considered a high priority, according to public consultation surveys.

For the MD of Taber, the future looks bright as they move ahead alongside RenuWell Energy Services after public consultation with the construction of two solar installations.

The response has been largely positive from landowners, as well as oil and gas companies and other related communities, said Brian Peers, Director of Municipal Lands and Leases in the MD of Taber. None of the individuals  approached believed the project was likely to have a negative impact.

“There’s very few people who understand what we’re doing that aren’t onside with it,” said Peers. “We’re having oil companies approach us as well, to see if some of their sites can be repurposed into these projects as well, the companies that are still functioning and being good corporate citizens looking to move on and hopefully get the reclamation process occurring faster.”

Potential local community or shared ownership of the installations was also of great interest to respondents, in hopes of regaining revenue from abandoned well sites.

The MD of Taber considers abandoned well sites to be a fairly substantial issue, said Peers, with some oil companies not fulfilling their obligations to their surface leases and failing to pay taxes on the sites, said Peers.

The two pilot sites on Molnar Farm and Tanner Farm are expected to have finished construction in the coming fall and show a lot of promise despite hurdles, said Peers.

“This is an inaugural project,” said Peers. “All the things we’re looking to do have never been done before, and the solar energy field is very busy right now. It was anticipated it was going to take some time.”

Working with the power distribution line to allow for the expected 2 megawatts of power generated to be pushed onto the previously one-way grid has been one of many protocols put in place to allow for the project to move forward, now that all the necessary permitting has been completed.

Peers expects this project to be a positive economic development for the MD of Taber, as it brings more activity to the area.

RenuWell, in partnership with Canadian Solar, plans to possibly move into upwards of 100 abandoned well sites in Alberta next year as an initial projection, with many choices for sites due to “many, many wells sitting there idle,” said Peers.

Abandoned oil and gas well sites in and around the MD of Taber. The cleanup of these sites should be considered a high priority, according to public consultation surveys.