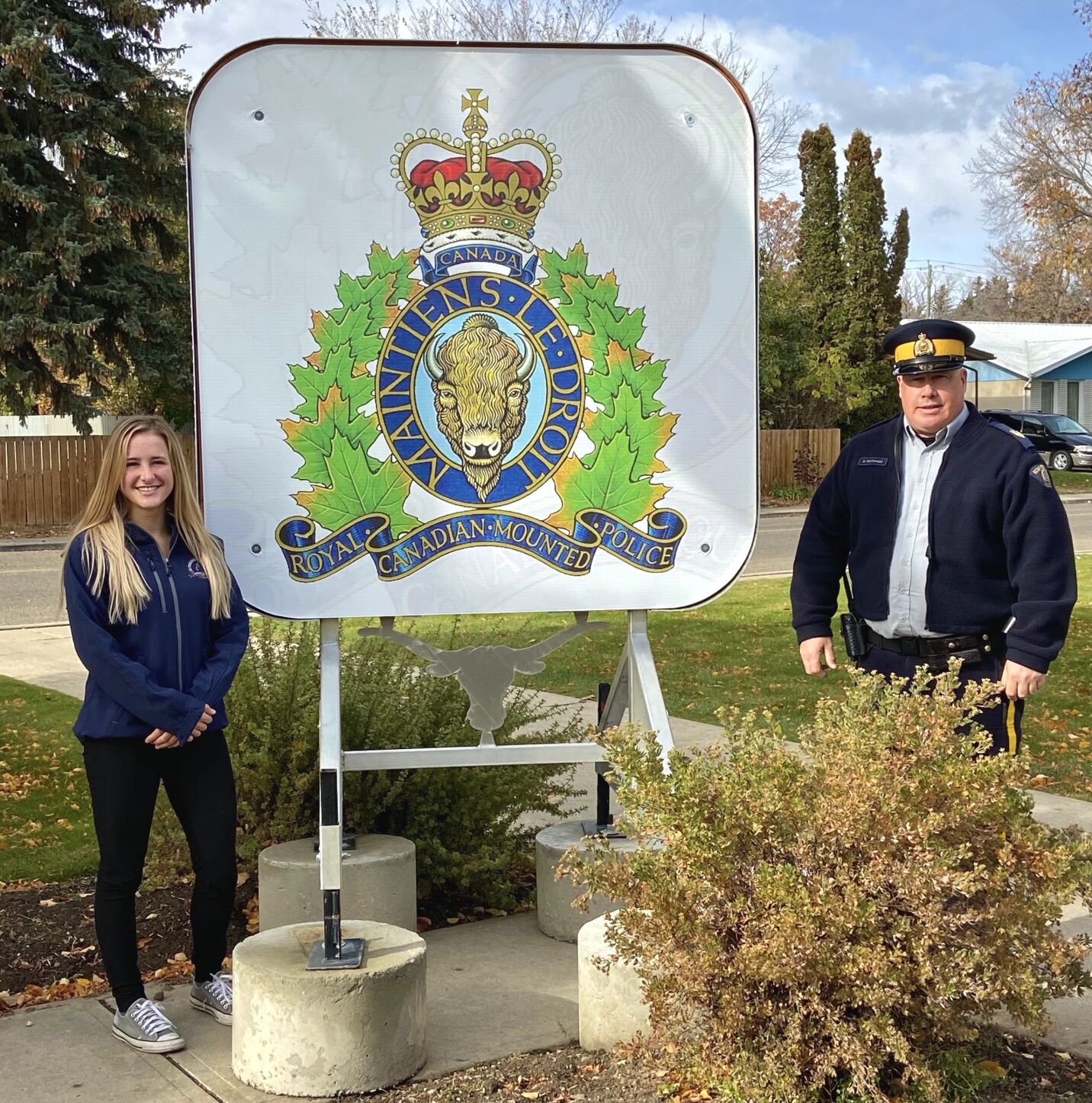 <p>The Brooks RCMP detachment is looking for some feedback on how they best serve Brooks and the County of Newell. Here are Safe Communities Facilitator Kendra Sieben and the RCMP detachment commander Sgt. Bruce McDonald.</p>
Recent Posts
Recent Comments

During a pandemic, it is challenging for organizations to get the word out about initiatives, programs and information to the people it serves.   However, for Brooks and County of Newell Safe Communities facilitator Kendra Sieben it is critical residents have a say on what their concerns and priorities are for their local RCMP department.

“It helps do our prairie planning for the next year for the RCMP and their policing priorities. We can’t do that this year (do the fact to face town hall style of meeting) due to Covid restrictions, we thought an online survey would be a good substitute until the restrictions are eased hopefully in the future,” explains Sieben. “Now the survey is accessible through a link on our social media, it is accessible through email through myself or the QR code through our posters in various areas. All it does it asks where you’re from in the county or the jurisdiction, it asks to rank 10 policing priorities and the rank which one you think is the highest priority and which one you think might not be as much of an issue.

“Then there’s an open-ended question where you can feel free to provide any input, any feedback any thought you have on the policing in their communities, we can take all of that in our report and then decide our policing priorities.

This is an annual activity done. Without the traditional face to face meeting it is a little different scenario for Sieben. With the consultation of the Committee which includes representatives from important local government and emergency personnel who ensure that emergency services needs for the community are being met as effectively as possible,  Sieben hopes that everyone takes a few minutes to do the survey. There is no target go in mind as far as responses go.

“The more the better. We have 150 responses in (the first) week so that’s really good engagement,” explains Sieben. “We are trying to exhaust all of our different methods of communication to make sure we reach all the different populations, the different groups and the stakeholders in the community because everyone does deserve to get their say. Honestly, the more the better, it would be great to have everyone in the jurisdiction to respond, but I know not everyone responds to these sorts of things but that’s okayâ€¦we just want to make sure that the people responding are not just ones on social media or are just in certain areas. We want to make sure we get a good well-rounded response.”

“Generally, the smaller municipalities around the county are similar to one another so I know definitely know that property crime, property crime prevention is all very important and break and enter and suspicious out in the county,” says Sieben. “Whereas in the city, it is more about (illicit) drug awareness, drug (use) preventionâ€¦we are going to notice that being more of a priority within the city but honestly it is really hard to sum it upâ€¦ there’s a good mix of priorities everywhere.

Like the survey, Sieben and her work with Safe Communities has been challenging as Covid-19 has made it more difficult for emergency services personnel to connect with the public. Every form of communication has been used such as social media, direct email and traditional forms of media such as radio and newspaper, are all used in trying to connect with people.

The Safe Communities is doing its best to ensure police, fire and emergency officials are in the public eye.

“Being there physically, having that presence, officers are doing patrols, Safe Communities doing our own initiatives, with the community consultation (survey) we are putting up posters in high traffic areas because not everyone is on social media, but people are still using essential services so we are going to catch their attention that way,” explains Sieben.

The Brooks RCMP detachment is looking for some feedback on how they best serve Brooks and the County of Newell. Here are Safe Communities Facilitator Kendra Sieben and the RCMP detachment commander Sgt. Bruce McDonald.