Posted on 9 March 2021 by Contributed 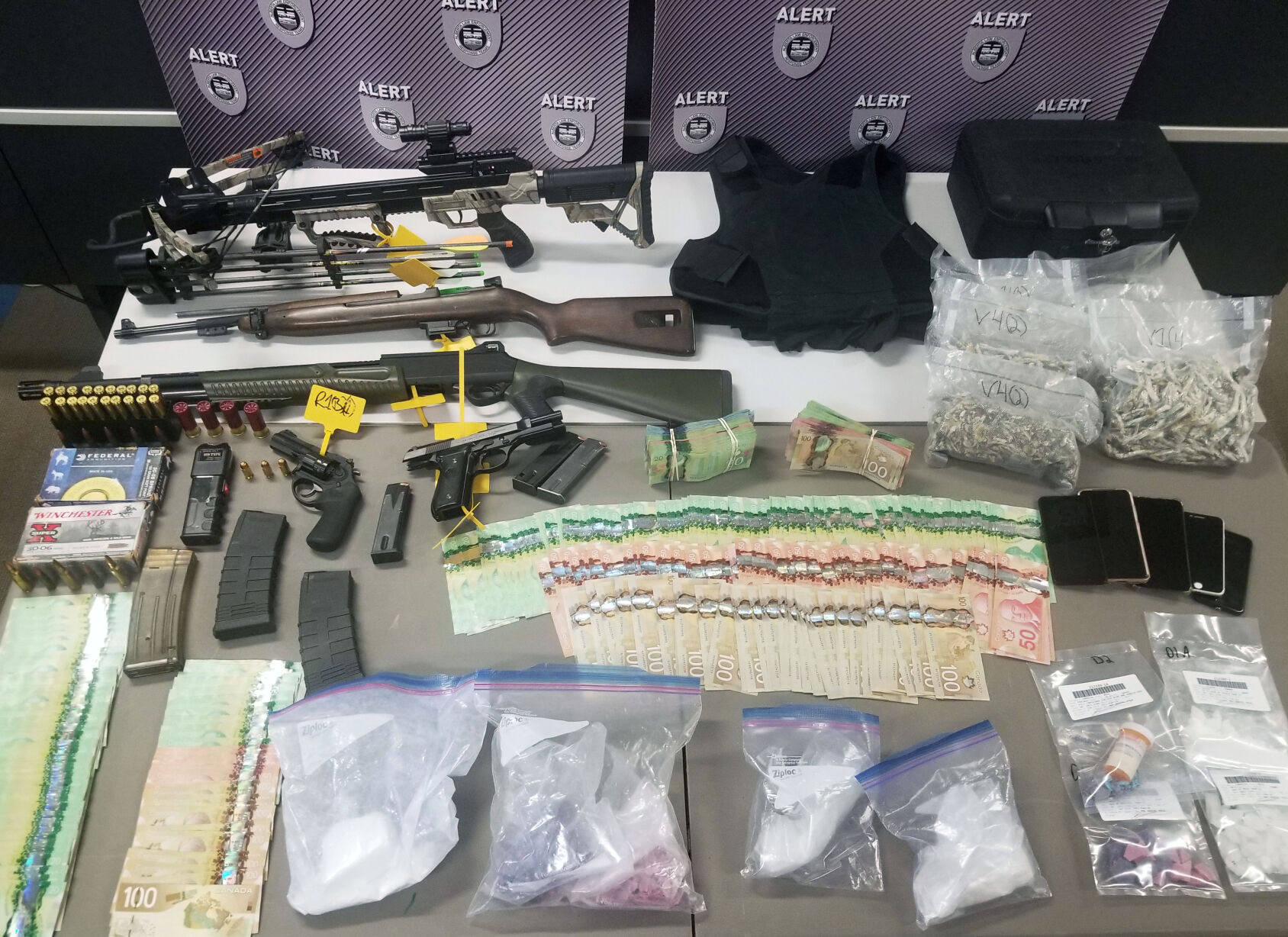 More than $160,000 in drugs and cash were seized after an ALERT investigation in southern Alberta. Four firearms, including two loaded handguns, were also seized.

The drugs were seized after a rural residence was searched in Mountain View County. ALERT seized large amounts of methamphetamine, fentanyl, and cocaine and arrested six suspects.

“Our information suggested these suspects were trafficking drugs in the region, and also supplying methamphetamine and fentanyl towards Medicine Hat and Lethbridge,” said Staff Sgt. Kelsey Fraser, ALERT Medicine Hat.

An estimated $160,000 worth of drugs and cash were seized, including:

â€¢758 grams of psilocybin mushrooms; and

ALERT also seized four firearms, including two handguns, a rifle, and a shotgun. One of the handguns was found loaded inside the suspect’s vehicle.

Six people were arrested and face a total of 27 criminal offences:

â€¢Edward Nicholson, 53-year-old from Didsbury, is charged with possession of drugs for the purpose of trafficking, possession of proceeds of crime, and 11 firearms-related offences;

â€¢Ryan Riley, 35-year-old from Medicine Hat, is charged with possession of drugs for the purpose of trafficking;

â€¢Lori Ehrler, 32-year-old from Medicine Hat, is charged with possession of drugs for the purpose of trafficking;

â€¢Colin Orum, 47-year-old from Didsbury, is charged with possession of drugs and careless storage of a firearm; and

â€¢Letisha Whitesel, 19-year-old from Didsbury, is charged with property obtained by crime.

Some of the items recovered.