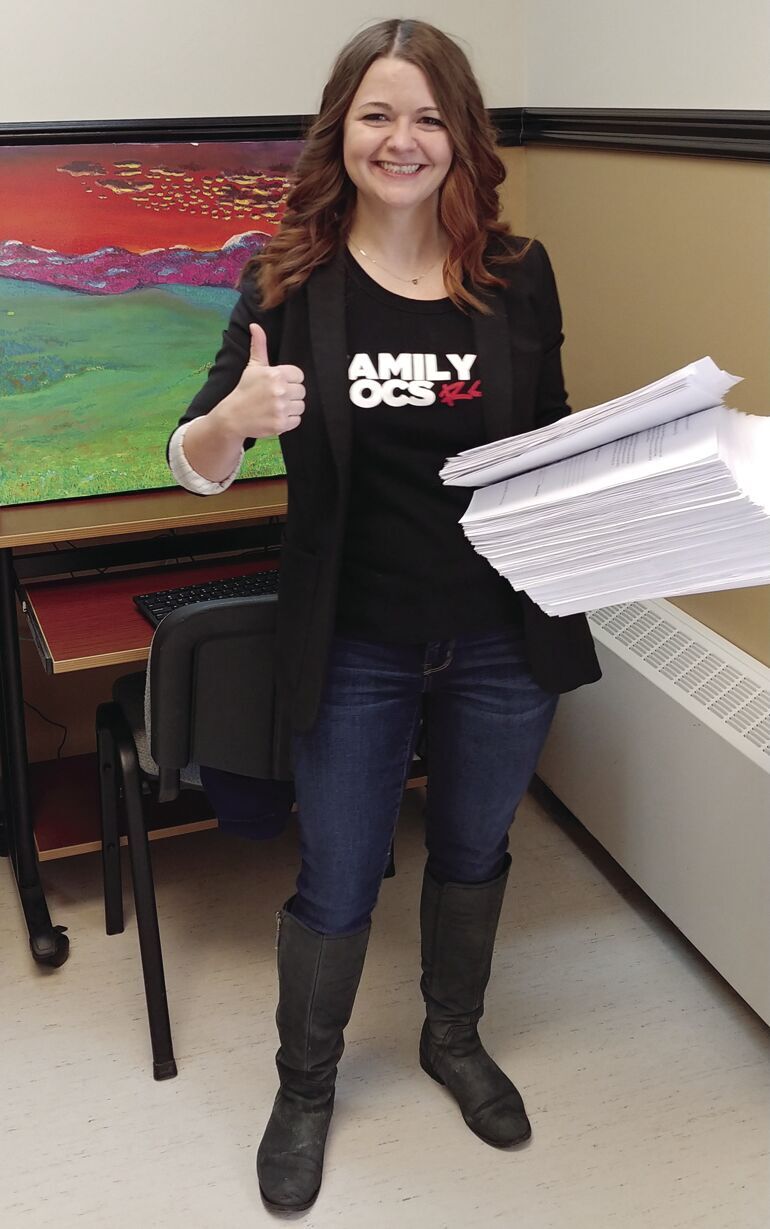 Dr. Samantha Myhr is a family physician in Pincher Creek who was a strong voice in media discussing health issues in the province during a tumultuous 2020.

Myhr, a physician at The Associate Clinic is an integral part of southwest Alberta with her role as a physician and local health advocate. She recently earned the title of president of the Alberta Medical Association’s Rural Medicine executive. So, she will make her mark provincial in a new way. She earned a prestigious speaker role at an upcoming Alberta medical summit the first weekend in March.

From March 5-7, the Alberta College of Family Physicians are hosting the 2021 Virtual Family Medicine Summit which has the theme of “Connect. Learn. Celebrate.” For the first time in its over-65 year history, the ACFP’s signature event will be virtual. While the goal of offering a “â€¦continuing medical education and opportunities for family physicians to network with colleagues and share best practices in primary care,” everyone will get together online. There are numerous seminars on processing the pandemic (Chief Medical Officer Dr. Deena Hinshaw), electronic communication with patients, virtual care, dermatology, mental health and cognitive behavioural therapy (CBT), the College of Physicians now have added the expanded and evolving role of medical advocacy.

Enter Myhr who will be co-hosting a seminar March 6 “The Good Fight: Doing right while making right”.

The College of Physicians reached out to her near the end of last summer shortly after she had helped organize an informational public rally in Pincher Creek to explain and show appreciation for those in the medical field and explain the devastation which would be caused by the Alberta government’s health care plan at the end of June.

At first, the idea for Myhr was going to be a panel discussion but with pandemic restrictions being what the are, the conference has gone virtual. She was honoured to be asked.

“It was a surprise. It was something I didn’t see myself as speaking at as much as I would be attending as I have for many years,” explains the affable and humble Pincher Creek physician. “It is definitely an honour. I think it speaks to where we are at in our current environment for sure.”

There hasn’t been a lot discussed as far physicians’ advocacy and public relations which is usually held  She believes that the rally in Pincher Creek was deemed as successful, not to mention her articulate and straightforward on-line advocacy in regards to standing up for physicians has landed her the opportunity for her to help her peers province-wide.

For her, it was surprising with the planning committee coming from Calgary and Edmonton, it is definitely a sign that the rural area is not forgotten and that advocacy is something can come from anywhere. She said there’s an appreciation of what was being done in places like Pincher Creek.

“I guess they saw who I am and then there’s a trust there when you have a team, you know your patients, we were able to organize things the rallies in Pincher Creek that was partially community-driven and urban doctors see that and think ‘ok, how do we capture a bit of that?” Myhr explains.

Myhr and Taber’s Dr. Andrea Hargrove will be doing their advocacy discussion for physicians March 6. At first they were wanting to do more of a question and answer type of format, Myhr said the Summit organizers wanted more of a formal presentation.

Myhr says the organizers’ objectives is for them to discuss how they are able to combine their role as “traditional” physicians and as advocates for both themselves and for their patients. More advocacy is needed from physicians in general.

“We have to speak up in a different environment and in a different way of speaking,” explains Myhr. “Things have really moved to social media and more media (traditional) on a broader scale. Rather than advocating from within the system, so that’s new. As professionals, we tend to stay quiet on social media so part of what they’re asking is, how you do that in a respectful way? Also in accordance with our College and what they have to say about social media and things like that. How do you do it respectfully, how do you do it effectively given the tools we have in this day and age and in Covid and examples of what has worked. In my vision I also want to hear from people and where they are at (mentally). It has been a long road and it has certainly felt like a marathon and people get tired and burnt out. So we’re re-igniting that fire a bit because things have changed. In the beginning it was just ‘we need an agreement for stability purposes, that was always messaging. Now things have really broken down and Covid has impacted that. Even if an agreement were to come tomorrow, there’s a lot of problems that are going to need fixing. It’s going to be an on-going advocacy. I really want to get that point across to people.

“(The theme of the discussion will be) reminding people that advocacy doesn’t mean to be against somethingâ€¦ we are all fired up and very angry about what government was doing to us: a lack of agreement, unilateral decision making. Even if those things changed tomorrow, a lot of advocacy needs to happen and can happen in a collaborative fashion for the betterment of Alberta. It needs to be a partnershipâ€¦it is getting people to talk again and to trust.”

Myhr is amazed at how far physician advocacy has come and how much those in the medical field have done to battle government.

“Even preparing for it, it is crazy how far we have come. It was a nice reminder there has been change. There have been things government have seen that ‘yeah this was a bad idea” and then go back back and modify it in some respect. It feels like they are not listening or very small but in the case of rural, very large win. The trick is is making sure we are not at places and we’re not just comfortable what we just got back because they are a lot more issues to tackle.”

It was a tiring year for Myhr in 2020 with at first battling with government on social media, organizing the rally, her taking a new leadership role, not only within Pincher Creek but with the Alberta Medical Association. Undoubtedly, it has been been a big adjustment for her, adding 90 meetings a year and a lot to learn about the system.

“The more I learn, the more I appreciate what the AMA does and various organizations that link with the AMA and their role in shaping what happens in the health care and what is happening with Covid and all those various pieces of the foundation that has been built for ten years or more on very important advancements for primary care,” explains Myhr. “All of those things are crumbling under these decisions from government and I see now just how much work and how important AMA and all the various programs are, more of an inside lookâ€¦ it made me recognize it is a lot more than I thought in the beginning. We have a long ways to go to make sure we can continue to be a leader in primary care and take care of Albertans even right after the pandemic there is going to be a lot of rebuilding to do.”

Dr. Samantha Myhr from her early start in fighting against Alberta government decisions regarding Alberta Health.