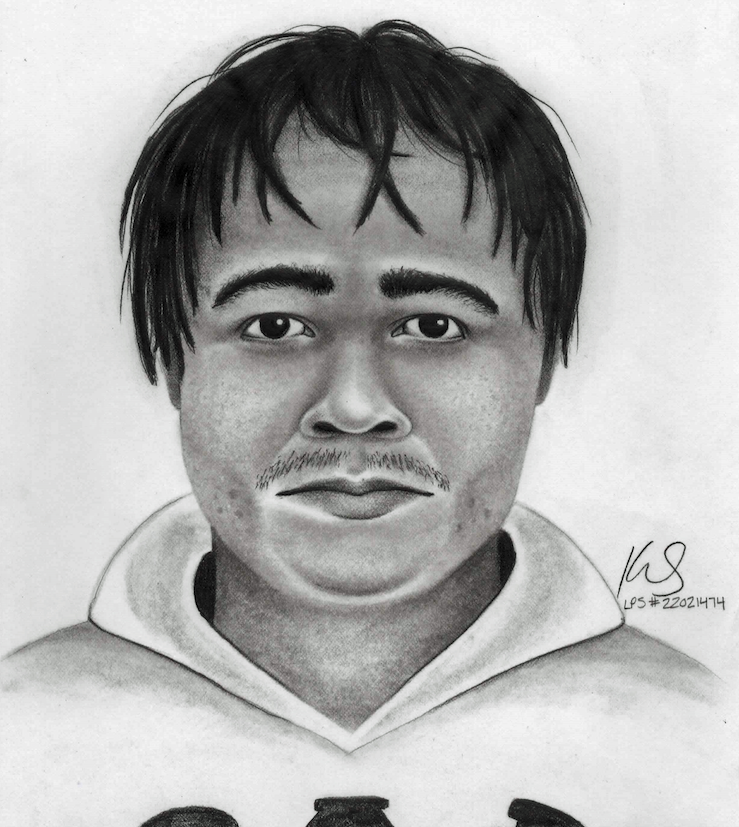 Lethbridge Police have released a composite sketch in connection with a sexual assault and are asking anyone who recognizes the subject to come forward.

On September 28, 2022 police responded to a report that a female was sexually assaulted by an unknown male who had approached her in the St. Edwards neighbourhood around 2 p.m. The male left the area and was last seen along St. Edwards Boulevard North. Police canvassed the area but the male was not located and continued efforts to identify him have been unsuccessful. The victim described t/Users/macuser/Desktop/Screen Shot 2022-10-04 at 8.15.39 PM.png

Anyone who recognizes the subject or has information that could assist the investigation, is asked to call police at 403-328-4444 and reference file 22021474.