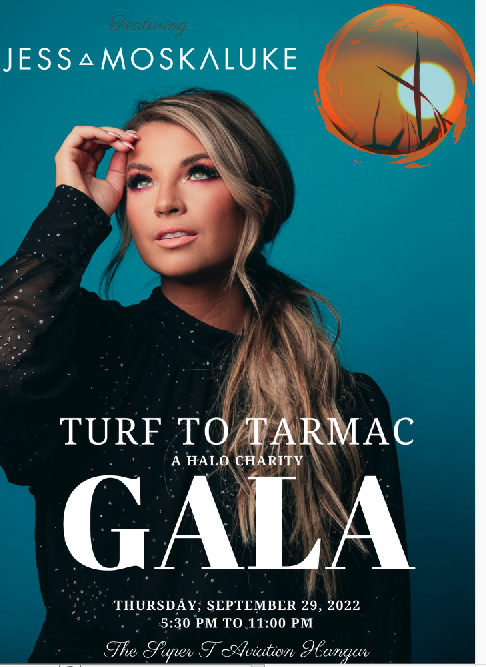 Not unlike what they do in their day to day, HALO’s Turf to Tarmac Charity Gala aims to bring the rural and the urban together and touch lives for the better.

The gala was originally planned for last year, but due to health restrictions had to be cancelled, said HALO CEO Paul Carolan. This has done nothing to dampen the spirits of organizers or attendees, however, and everyone is excited to be back together in person.

“So we had seen such a rallying of people in the city of Medicine Hat. And so we wanted to make sure that we looked in the future to have an event that was based in Medicine Hat and sort of as a thank you to the businesses and people that live in the city that are big Halo supporters,” said Carolan.

The event is a formal, black tie affair that looks to bring some of the more rural flair, as well as a unique experience that only a gala held inside a hangar can.

“It’s a farm to table multicourse, locally sourced, locally created venue, where a lot of our supporters have come together and provided produce and Earl’s catering is putting together an incredible menu,” said Paul. “And then each course is paired with a beer or spirits from either Medicine Hat Brewing Company, Hell’s Basement, Travois, or Grit City. And so it’s kind of a food and beverage experience. It’s at the hangar, the helicopter will be in there.”

On top of this, county music star Jess Moskaluke has been booked for the evening, providing an acoustic experience for the night. Moskaluke herself is very excited to be attending, even as she’s preparing for her Mapdot Tour, which begins in October.

“I’m really looking forward to it. It’s been on the books for quite some time,” said Moskaluke. “We’re playing a special acoustic set which we don’t often get to do with a little bit more stripped back, just myself and two guitars and a little bit of percussion. And that kind of the way that they get to often hear the story behind the song a little bit more as opposed to a big you know, country rock show with all the lights and everything so it’ll be a lot more intimate.”

The gala was conceived as something to fit the “country in the city” vibe that so much of both Medicine hat and the surrounding area seeks to cultivate.

“So just combining, you know, our, our roots in rural Alberta, and where we serve the most to two people that support us both across the urban and the rural environments, it just seemed like a really good fit to have that contrast of a formal event in a hangar, which I think is unique,” said Carolan. “And then and then on top of that, to bring in the rural influences of local suppliers providing the ingredients so it just was a really good fit.”

At the time of writing this, tickets for the event were completely sold out, both due to a first right of refusal offered to those who had purchased tickets the year before and with the outpouring of support from those who count on knowing HALO is there for them in their daily life.

The event is a charity gala, and as such a fundraiser, but Carolan stresses that the focus is to provide a good experience for those who supported them by buying a ticket, and there is only a soft ask present to help HALO raise the funds needed for operation.

“We hope to be able to add a few tables next year when we repeat this, but for this year, we, you know, we’re we’ve we’ve sold out exactly what we wanted to sell and, and we’re looking forward to having that event with those people,” said Carolan.