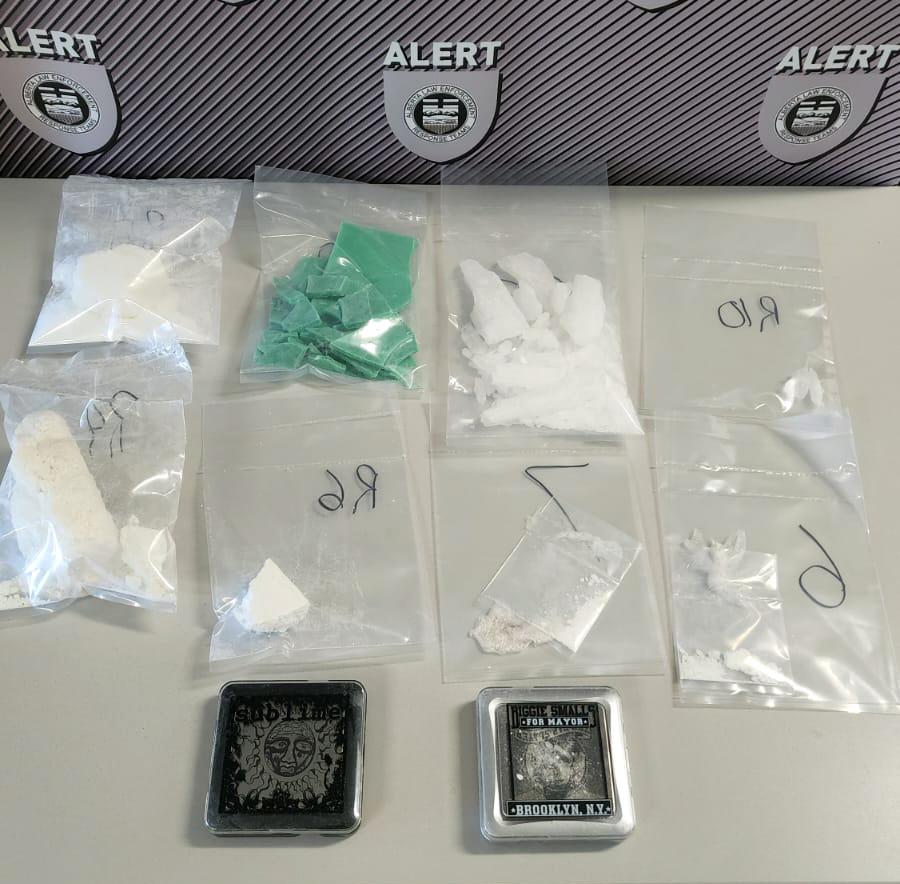 A sample of what was seized by ALERT.
Recent Posts
Recent Comments

One person was arrested and over $100,000 worth of drugs was seized after a Medicine Hat hotel room was searched.

A search warrant executed at a hotel in Ross Glen that resulted in the following items being seized:

• 252 grams of methamphetamine; and

“Our agencies work in tandem to keep Medicine Hat safe and take harmful drugs off the street. This is a large amount of cocaine, fentanyl, and methamphetamine to take out of circulation, and in doing so also hold a drug dealer accountable,” said Staff Sergeant Ryan Thorburn, ALERT Medicine Hat.

Mathew Hillier was arrested and the 37-year-old man was charged with:

• Possession of drugs for the purpose of trafficking;

• Obstructing a peace officer; and

• Failure to comply with a release order.

Hillier is scheduled to appear in court on August 18.