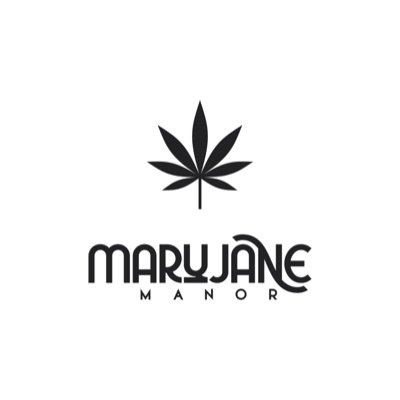 If anyone is driving along towards Mossleigh along Highway 24, people have been known to go to Aspen Crossing, a train tour service. However, there is another reason to stop in the Vulcan County community.

Serena Donovan has suffered from severe migraines her entire life but as she got older, they became worse.

In an act of desperation, after a doctor offered her antidepressants for the migraines instead of actual help, she sought medical advice from a cannabis doctor in Calgary and started using CBD oil.

“I noticed a reduction in migraines almost immediately. From 16 days a month, down to seven, then four.”

Currently, Donovan only suffers from a few migraines over a several month period.

“I believe in the power of this plant as it gave it me back my life,” said Donovan. After taking a couple of courses at Mount Royal University, Donovan put together a business plan. Her husband, Ian, agreed to one of the farm buildings being used for the grow. At the beginning of 2019, the farm equipment was moved out, and a facility built.

By September 2019, it was ready, and an application was submitted to Health Canada. Approval and licence for the grow were received in February 2020. Even though Donovan can’t keep a houseplant alive, the 3,000 plants in her facility have thrived.

“As a grower, I want to be able to educate people on what it is they are consuming. Health Canada restricts much of the way you can talk about cannabis. I’m not one to push substances on anyone but I want there to be a space where people can come and get education if they choose,” explained Donovan.

This is where the Mary Jane Manor comes in, a space that can be used as an educational wellness/retreat centre and where those who stay can use cannabis without shame or judgement. Full renovations have been done on the Manor, from floors and light fixtures being replaced, to all new furniture bought. The Donovan’s put in some common space areas along with two kitchen areas. In the smaller kitchen downstairs, is a sectional and the large one upstairs has multiple tables and chairs along with some couches.

“We allow cannabis consumption and I’ve decorated the rooms in a terpene theme,” said Donovan. “Terpenes are part of the plant that give some of the health properties and some of the aroma and flavours. They are very important parts of the plant and do different things for different people and so I’ve focused the decorating on the education side, which I feel is very lacking in the industry.”

The manor backs onto train tracks and right next door are ball diamonds. There is quite a large private space outside the Manor where the Donovan’s have put in gravel and four separate patio areas. “We are adding extra chairs, firepits, lanterns, and pergolas. People can use that space during the day and into the evenings,” said Donovan.

“We took it another step forward, due to parts of the Cannabis Act and the Health Canada stance on the participation of youth, we decided to age gate it so nobody under 18 is allowed in the building,” explained Donovan. Instead of having it as a traditional hotel, where people can pull in at all hours and rent a room, they decided to rent it out in Air B&B style. Donovan didn’t want to have fulltime staff waiting for people to come in and rent a single room, stay a single night, and then have to change over one bedroom. She also didn’t want competition between cannabis consuming groups and those who weren’t impressed with cannabis consumption.

With the Air B&B style, each group rents the entire facility of 15 bedrooms, 17 bathrooms, 2 kitchen spaces, the common spaces and all the outdoor areas. “I will meet them for check-in, give them the keys, give them access to the whole facility, and have it set up the way they want. I will encourage them to lock the front door to avoid people coming in off the street. It is a private residence for those who are there for that booked time frame. Consumption is allowed but certainly not expected,” said Donovan.

There has been lots of interest, from family reunions to cannabis focused weddings, but also for many events that are not about cannabis.

A Woman’s Retreat has booked the Manor for July 14th, with 45 women from all over Canada coming to stay at the Manor for 3 or 4 days and spend lots of good quality time together.

Selling from their grow, Because You Can, has been through word of mouth and their first product was sold in Manitoba and Saskatchewan. The first product in Alberta, even though this is where they are growing, only happened in the past six weeks. The Manor will have a dispensary that is separate but attached.

The dispensary, called Because You Can Cannabis, is quite small, 200 square feet, and was due for final inspection on July 6. “I am hoping it all falls into place but have learnt over the years not to stress over all the details as there are so many things out of my control so when it’s supposed to open it will,” said Donovan.

“We are a family business; we try to keep everything in the family, and we have employees who aren’t family. We have a very small, very close staff here. They are happy to help at the hotel and the store, but we will be keeping it very small. I would rather wait and cater to what the consumer in my area is telling me they want than to overstock on accessories that aren’t necessary. We will have lots of product available, but it won’t all be on display.,” said Donovan.

Donovan grew up on Vancouver Island and often says she should be the epitome of a pothead but isn’t. Her anxiety has prevented her from doing many things and describes herself as the square of the family. She married her first husband on the Island, had two children and a third after they moved to the Yukon.

The family moved from there to Nanton and then Champion, where they spent several years before splitting.

Donovan moved to Vulcan, which is where she met Ian, who has been farming his entire life in Mossleigh. Serena has been learning as best she can in the past 13 years. Her and Ian married in 2019 and have a blended family with five children between them.

Donovan wants her grow, dispensary, and Manor to be a safe space for everyone. She is happy to do tours when the Manor isn’t booked for a group to see if it is the right space.

“I want people to know just because it is called Mary Jane Manor, I’m not expecting cannabis consumers to be the only ones driven to stay there,” stated Donovan. “I really designed it as a boutique hotel, I want it to be this special space where people can come and get some rest and relief from the stresses of everyday life. If you happen to learn something, if you consume, if you don’t – it is great, and you are very welcome here. This hasn’t been done, as far as I’m aware, anywhere in Canada yet. It is setting precedent and we’ll see where it goes.”