Vauxhall Foodgrains Bank fundraiser a special night all around 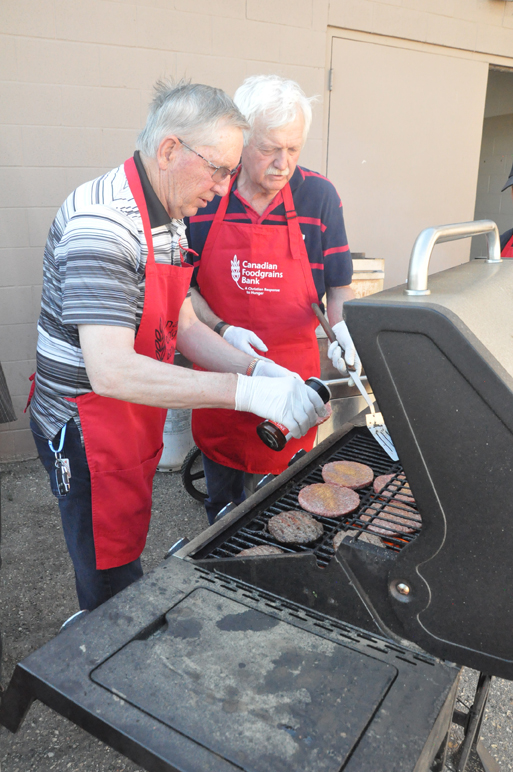 A collective gasp/wow/woah reaction came from the reported over 400-plus people which filled the Vauxhall Community Centre June 22.

It was reported because of the efforts of the Vauxhall region for the past 19 years, over $2 million has been raised for the Canadian Foodgrains Bank.

Now celebrating the 20th anniversary this year, it didn’t appear Vauxhall was slowing down too much despite a difficult economy and post-pandemic struggles. The Vauxhall Foodgrains Bank volunteers were generally happy with the June 22 event for a variety of reasons.

Kerby Redekop, spokesperson for the group loved the feeling of tradition and sense of community bonding with the event.

“It was before start time and there wasn’t a lot of people there and I was getting a little nervous, but in the end we had an excellent turnout,” explained Redekop. “We were a little lower in money raised, but there are a lot of explanations for that, but we still did quite well all things considered. We have such good community support on so many levels. We had a new church come on board, the Mennonite Gospel Church in Vauxhall and they brought 12 or 14 volunteers so that was a huge boost. Every other church and all the regulars were there. Lots of businesses so we got a lot of support from across the community.

“It is gratifying to see that we can still be that kind of community. The world has changed in the last 20 years since I was in high school, growing up in small town, things have gotten busier, not just in the Calgary’s of the world but here in Vauxhall. This is a chance to come together to be that way it was 20-25 years ago, maybe 50 years ago. Just be a true community where every generation is represented, everyone is there for the same reason, all the generations are important and everyone will remember this.”

The fundraiser is an extra project which coincides the main Foodgrains project which is the crop being grown north of the community. The money from this event also goes directly to the national Foodgrains organization. No totals were available at time of writing.

“Not a single dollar of this will will go to pay for crop input costs. This money will all go straight to the Foodgrains Bank at the end of the year when we do our final tally. We have a bunch of local farmers and local crop input retailers which donate all the inputs to this project, whether it is the fertilizer, the seed, the chemicals herbicide, pesticide, everything,” explained Redekop.

“We don’t have to use any of this money (June 22) to cover input costs. It is all straight donation to the Foodgrains office in Winnipeg.”

If there was a disappointment, it was that while the bucket draws did well, Redekop felt the silent auction items should have had higher bids. He feels that too many people had the idea they were going to the event to get a good deal on some items as opposed to trying to up the bids on items. He noted it will be something to look at prior to next year.

That aside, Redekop is proud of the work done and the collective effort from all the donations, volunteers and those who donate their time and equipment to the cause.

“I don’t know of a single charity anywhere that you can do as much for so little as the Foodgrains Bank. Farmers grow crops, that’s our job. We’re 20-25 locals that team up to grow a single field. It is little extra work for all of us, but the money generated is really different than people giving a little bit of their paycheque; it is on a totally different scale. The Foodgrains Bank does such a good job …a little better than 90 per cent of the funds raised  goes to hungry people…just encouraging the amount of effort and what it brings back.”