Schuler-area resident is thankful for HALO 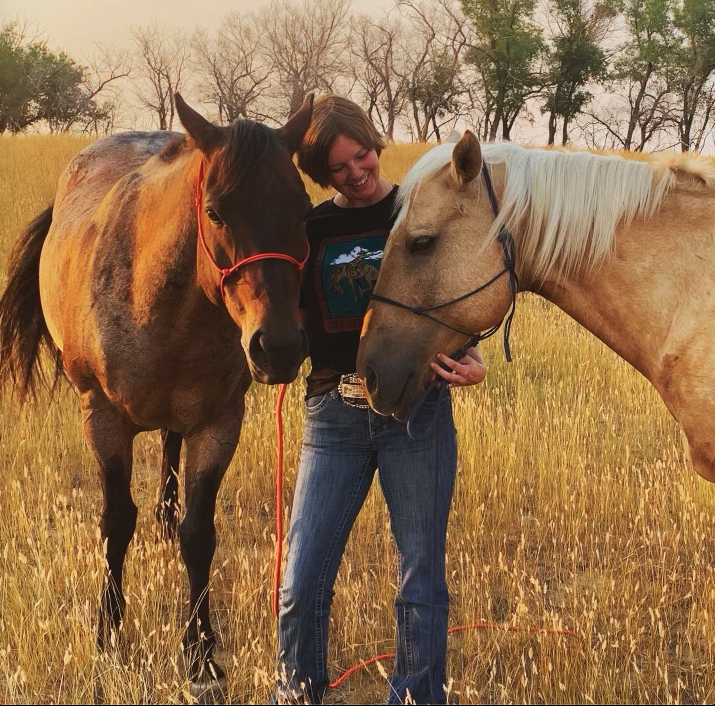 (With HALO celebrating 15 year-anniversary at the end of this month, the 40-Mile County Commentator/Cypress Courier has been featuring the medevac operation this month. This week we look at someone who received the help she needed from HALO)

As it draws closer to the two-year anniversary of her experience with the Medicine Hat-based HALO (Helicopter Air Lift Operation), Christine Dorohoy maintains that she has them to thank for still being around today.

Originally from Taber where she had been known as Christine Klok prior to getting married, Dorohoy was living on an acreage near Schuler at the time. On July 31st, 2020, she and her two children had decided to go riding.

“It was late one evening, and I had this horse that I was trying before I bought, so I had him for two weeks,” said Dorohoy. “My daughter and I, late one evening, we decided to go riding and she rode my horse, and I got on this horse to try. He was 18 years-old. And everything like that, he seemed perfect. We were riding and my son was there as well. He didn’t ride, but we just went riding while my husband was working.”

While the horse had been with Dorohoy and was well-behaved while she prepared for the ride, once she was on horseback, things quickly began to take a turn for the worse.

“When my son held open the gate for us to go through to ride in this pasture, the horse started turning on me,” said Dorohoy. “And I said to my daughter, I’m like, ‘I can’t control him. I’m not fighting him, I can’t do this.’ And (the horse) fell down and rolled onto me.”

Dorohoy was fully unconscious, having sustained multiple injuries including a broken tailbone, a fractured skull and two blood clots in her brain. While she herself doesn’t remember the incident, her children do, and she was able to speak on what happened after her injury.

“The horse got up and took off, and my daughter got off the horse she was riding and just let them go. So they were all running around,” said Dorohoy. “My daughter called 911. She told them all what happened and stuff like that and then passed the phone to her brother. And he was the one that stayed with me to take care of me while my daughter went and caught all the horses.”

The Schuler fire department was contacted and on scene quickly, which allowed for HALO to be contacted to come to pick Dorohoy up.

“They were there in less than 10 minutes. So it was so nice because they came so fast,” said Dorohoy. “And I’m just yeah, I’m happy that my kids knew what to do, but the fact that HALO came instantly, it was perfect. I am such a huge supporter of them.”

Dorohoy’s acreage was 45 minutes away from the nearest hospital by traditional ambulance, and she fully believes that HALO’s swift response is a large part of the reason that she pulled through after her injury.

“They took me to Medicine Hat, and then I had to get flown to Calgary. In Calgary, I got surgery right away, they had to, like, totally cut me open on my head and stuff like that and remove blood clots. And then I was in an induced coma for about a month, maybe longer,” said Dorohoy, who added it was difficult to remember the exact details now. “I was eventually able to speak again. And I could, slowly, start to control my arms and move my arms and my legs. But I needed help, like getting able to sit up and hold my head up again. And just anything like that I was in a wheelchair for I don’t even know how long… two, two and a half months. And then I started walking with a walker. So now I’m walking without anything.”

Dorohoy has had her struggles since, like having to regain her driver’s license, but she’s recently been able to start a new job after all of her recovery, and is riding her horses again after nearly two years.

“The second I was back home, I instantly wanted to go see my horses. And I was so excited,” said Dorohoy. “I’m slowly getting writing again, but just taking my time. It is nice to know that if anything happens, HALO will be there for me. Anybody who knows me knows that they’re the place to call.”

The horse that rolled onto her is currently with his owner, having been taken home three days after the incident.