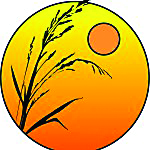 After years of drought conditions and out of respect for farmers who have done all they can to mitigate a catastrophe, Cypress County has declared a local state of agricultural disaster.

“We’ve had this bunch of rain in the last few days, but some (areas) haven’t had any,” said Reeve Dan Hamilton during the council meeting June 7. “We’re trying to work as a region in Southern Alberta for this drought issue.”

Council voted to declare the disaster for the second year in a row. Numerous councillors expressed concern over current growing conditions, including a lack of precipitation, extreme heat, and wind. All of these have taken their toll on Cypress County crops with the effects felt from farms and ranches, all the way down to consumers due to shortages.

Aside from awareness, the decision to declare the state of agricultural disaster aims to make provincial and federal governments aware so that they might be able to offer relief or other funding for producers. Agricultural businesses could be forced to shut down without assistance which would compound food chain problems in the future.

Situated in southeast Alberta, Cypress County was one of more than 40 Alberta municipalities to declare an agricultural disaster in 2021. Prior to that Cypress had last declared an agricultural emergency in 2015.

The Alberta Crop Report showed either poor (36.5 %) or fair (49.7 %) pasture growing conditions as of May 31 for the south part of the province.