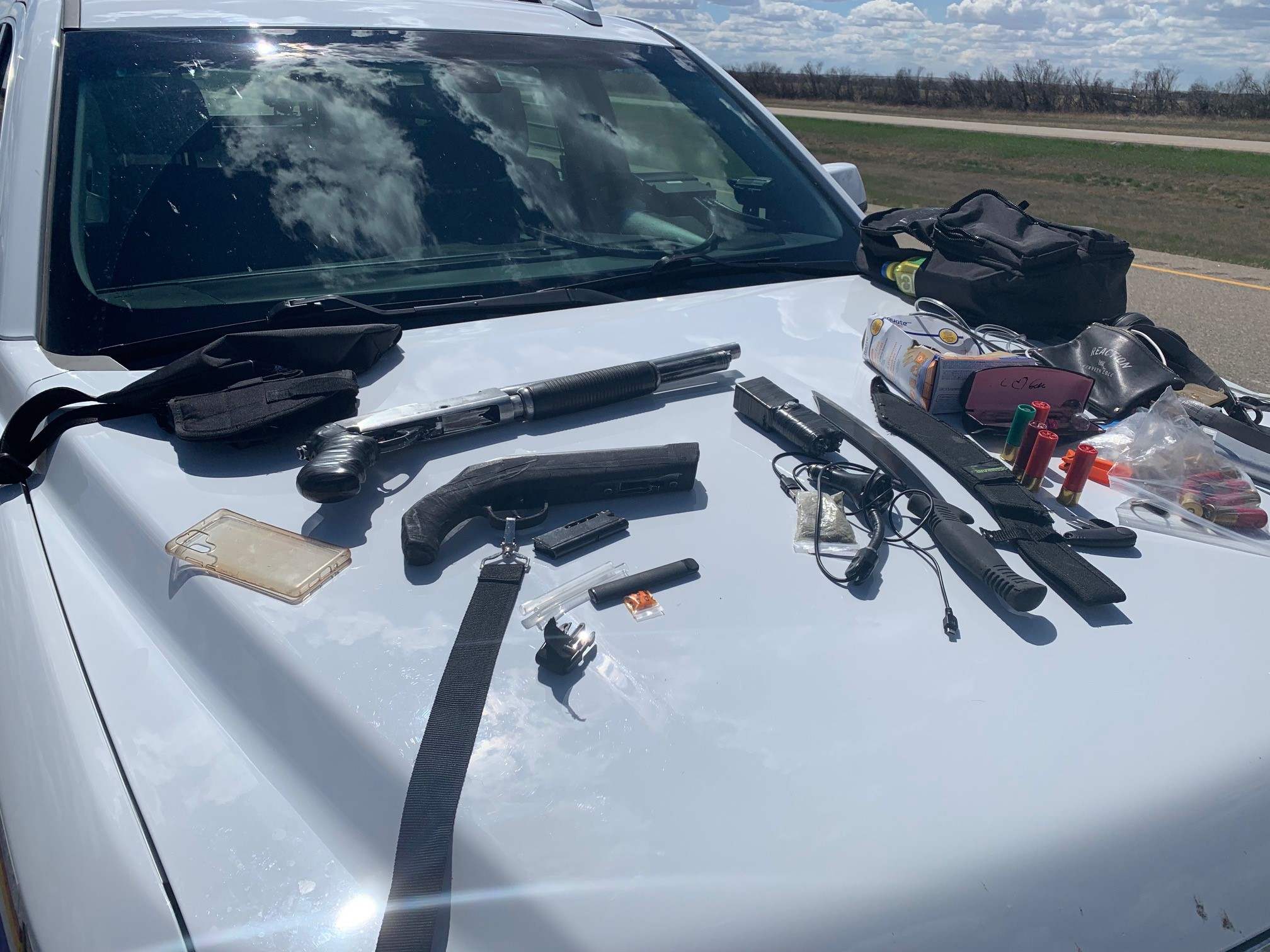 On May 11, Brooks RCMP received a complaint of an impaired driver on Highway 1 east of Brooks. Alberta Traffic Unit Redcliff officers located the vehicle near Bassano and initiated a traffic stop. Upon approach, the driver provided a false name and was arrested.

A search of the vehicle incidental to arrest lead to the discovery of the following:

·       .22 sawed off rifle loaded with a full magazine and a chambered round

Cecily Rae Mather (27) of Cypress County, Alta., has been charged with:

·       Offences under the Traffic Safety Act

Mather has been remanded into custody and will appear in Medicine Hat Provincial Court on May 13, 2022.

James Devon Showers (30) of Edmonton, Alta., has been charged with:

Showers has been released on conditions and will be appear in Brooks Provincial Court on June 15, 2022.