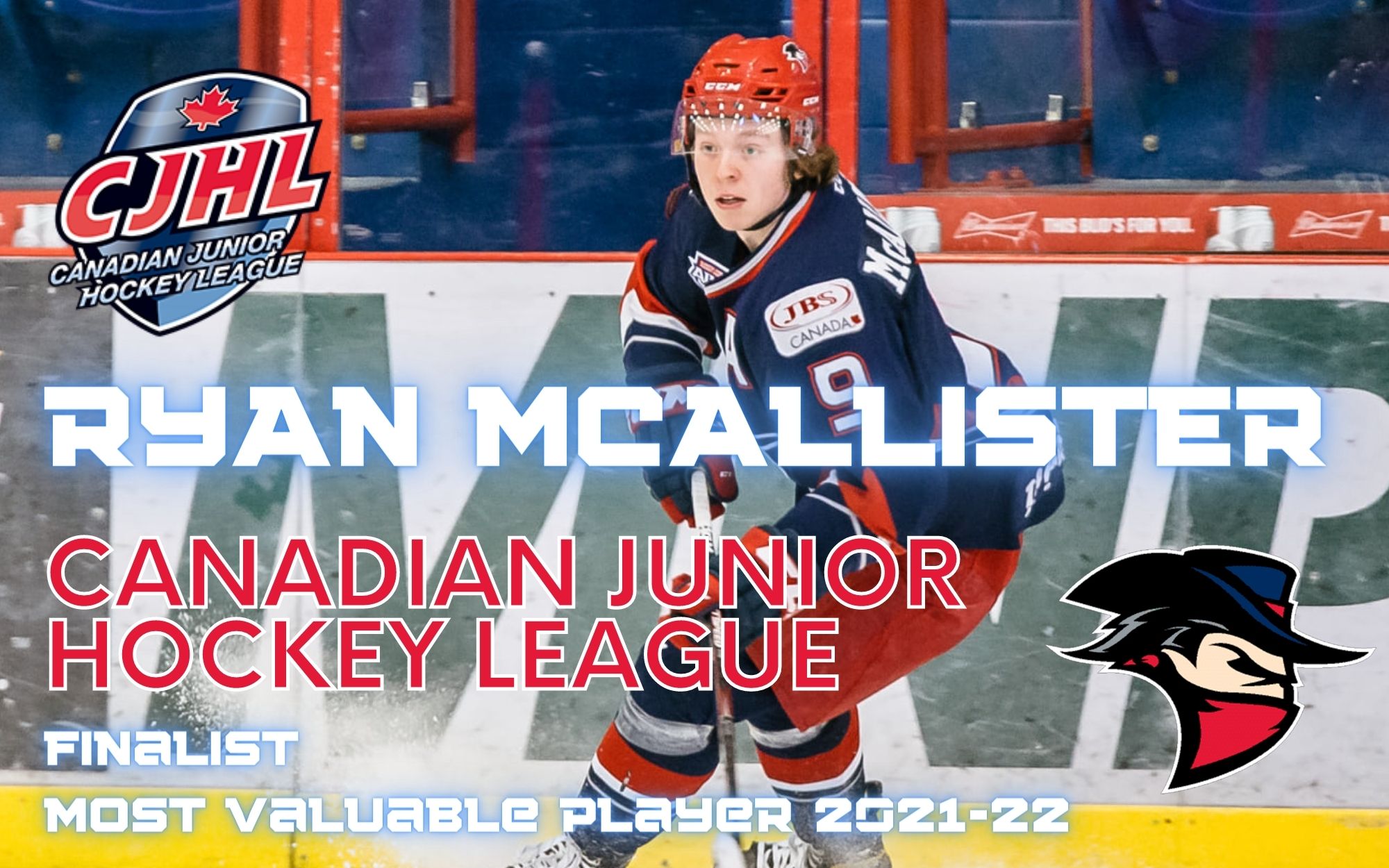 Brooks Bandits forward Ryan McAllister has been named a finalist for the Canadian Junior Hockey League award for Most Valuable Player.

McAllister, the AJHL scoring champion was also named the 2021-22 AJHL MVP and was the recipient of the Alberta Old Time Hockey Players trophy.

McAllister (London, ON) broke the Bandits franchise record for most points in a season and is just the second Bandit to score 50 goals in a season. He averaged 2.3 points-per-game, recorded 42 multi-point games and completed the season with a 12-game point streak.

The third-year Bandit was named as the 2021-22 Team MVP and Top Scorer. He followed that up with 29 points in 13 playoff games, and was named the AJHL Playoff MVP.

Each of the nominees were determined through a voting process completed by the CJHL’s nine-member leagues, for their respective contributions over the course of the regular season.