Conservative leadership candidate Poilievre will be in Medicine Hat April 11 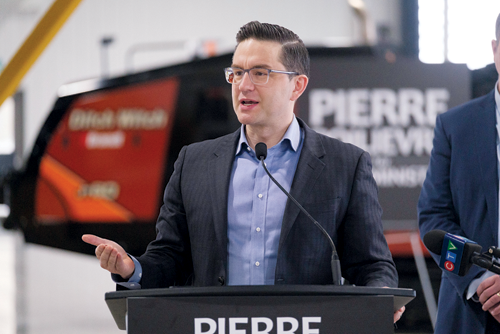 Cost: $200/person with a $150 federal tax receipt. Event tickets sold and proceeds retained by the MHCW. Conservative Association. Donations to the Pierre Poilievre Leadership Campaign will be accepted at the event.