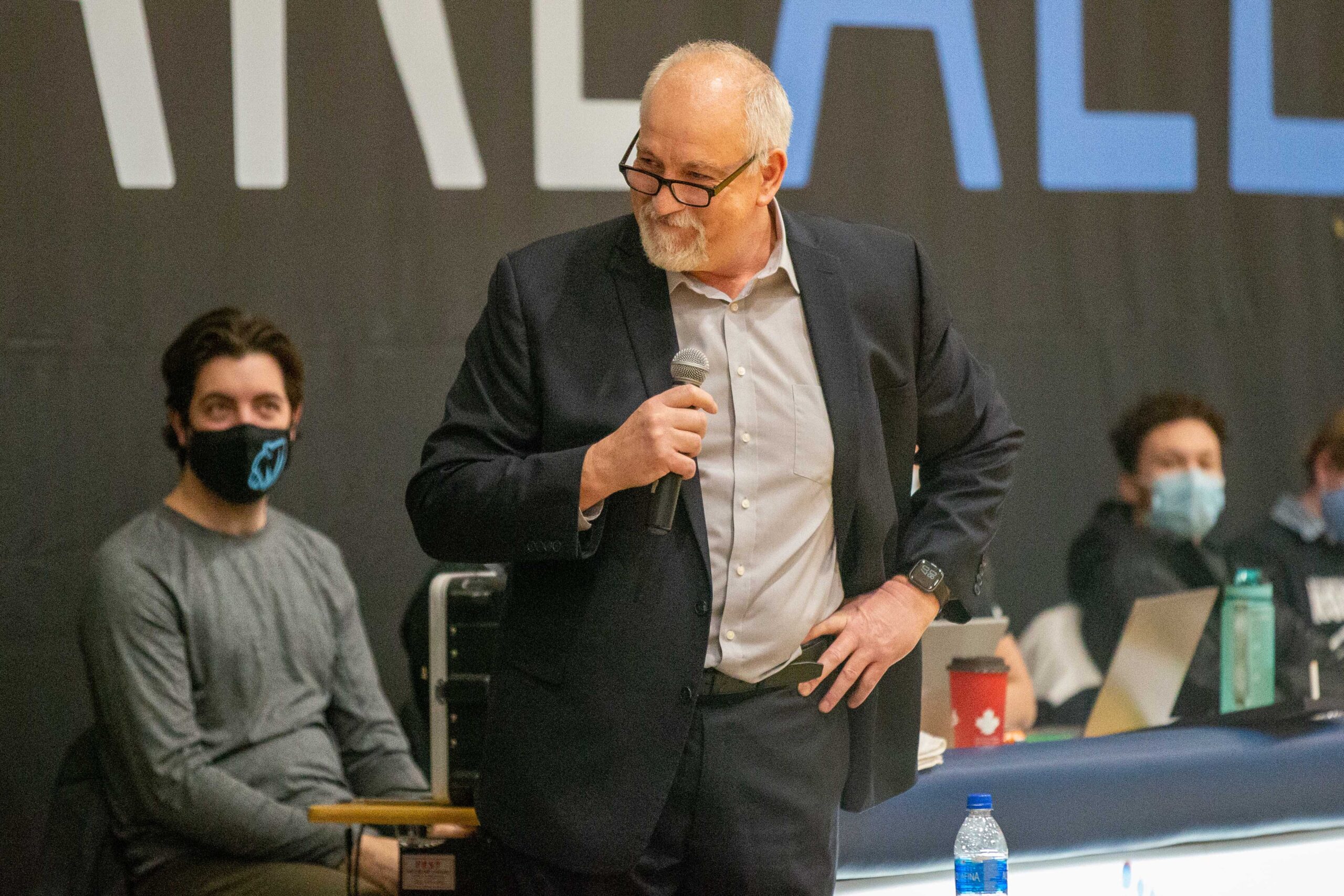 The Lethbridge College Kodiaks were well represented as the Alberta Colleges Athletic Conference (ACAC) announced its 2022 basketball awards on Thursday.

Courtney Deemter (first year, Nursing, Calgary), the rookie sensation who helped power the Kodiaks women’s basketball team to a second-place divisional finish, made headlines as she took home two pieces of hardware. She was awarded the ACAC south division Rookie of the Year in addition to being named a south division first team all-star.

Deemter burst onto the scene and made an immediate impact for the Kodiaks, helping a young side soar to an impressive 11-5 record. Her 18.8 PPG was the second highest mark in the conference, driven by her accurate shooting from the field (36.4%) and her ability to get to the rim. Her aggressiveness led to 64 made free-throws on the season, the second highest total in the conference. She also didn’t relent on the defensive side of the ball in forcing 47 steals, third highest mark in the ACAC.

“Courtney was an outstanding recruit,” says McMurray. “She came from Centennial High School in Calgary where the tradition of basketball is very strong. Courtney is a cousin to Kirsten [Barwegen] so it was an easy transition to come to Lethbridge College, as the chemistry with her teammates was seamless. Courtney has an incredible motor and when she was attacking the basket she was very difficult to stop. Courtney is also an excellent student to go along with her performance on the court.”

Joining Deemter on the south division’s first all-star team was her cousin, Kirsten Barwegen. Playing in her graduating season, Barwegen was a serious threat on both sides of the basketball. On offense, she averaged 14.8 PPG on an impressive 46.2% shooting. Defensively she forced 37 steals and was the Kodiaks primary rebounder, leading the team with 165 boards.

It’s the second time Barwegen has been named a first team all-star, after previously receiving the nod in 2019-20.

“Kirsten had a great career as a Kodiak,” says McMurray. “She is the best example of hard work and perseverance. She always put in the time during the off-season and outside of practice, working out in the weight room to get stronger and working in the gym on her individual game. It helped her to become a starter and one of the best leaders on our team. She also became a great defender, averaging a remarkable two charges per game. Her consistency and leadership on-and-off the court was the main reason our young team finished second in the ACAC south division.”

On the men’s side, Orin Porter Jr. capped off his Kodiaks tenure with his third career first team all-star selection. Porter Jr. led the Kodiaks in almost every offensive category, including averaging a team-high 16.4 PPG. Always a threat to shoot the deep ball or drive the lane, Porter Jr. drained 28 three-pointers, seventh most in the conference. He also ranked ninth in the conference in assists with 54.

In addition to leading the Kodiaks offence on the court, his head coach Ryan Heggie notes that Porter also stepped up his leadership responsibilities this year as well.

“He’s a much-deserved ACAC all-star,” says Heggie. “Orin not only led us in scoring this season with his dynamic play, but he also stepped up to help Jackson Kasko in the leadership department as well. It’s been a real pleasure to coach and be part of Orin’s career here at Lethbridge College. The team staff and all players are going to miss him and we wish him the very best as he moves on.”

McMurray guided a young Kodiaks team to an impressive 11-5 record in his first full season behind the Kodiaks bench, placing them second in a competitive ACAC south division. The Kodiaks emerged as of the strongest defensive teams in the conference, placing top five in many defensive categories including steals, rebounding and points allowed.

For Heggie, the award is his second coach of the year selection in as many seasons and third overall, after he previously received the award in 2015-16 and 2019-20. Heggie has transformed the Kodiaks into an annual championship contender. His team went an impressive 13-3 in the regular season, carried by strong team defensive play that allowed the fewest points-per-game in the entire conference.